The World's Most Luxurious Trains

Living a life of luxury is something many railfans can only dream of, but thankfully, whilst the lifestyle of fast cars and 10-bedroom homes may be a world away, getting a taste for the high life on rails is possible. Across the globe, classic, well-furnished and often famous train sets roll on adorned with the finest decor, the most attentive staff and the most beautiful carriages to give railfans a treat that no other form of transport can offer. Below we take a glimpse at the world's most luxurious trains.

For almost everyone, railfan or not, the words 'Orient Express' define luxury train travel - and with good reason. But its confusion amongst the public with the less-exclusive Orient Express service from the 19th century can be an issue. The original Orient Express was a regular service running across Europe from Paris mainly to Bucharest but later to Budapest and Vienna and was a crucial link between Paris and Istanbul, in Turkey. It ran through the night and catered for many passengers, rather than just the wealthy or exclusive but gained a reputation for luxury and comfort during the 1930s. This service took place until 2009.

Today's Venice Simplon-Orient-Express is altogether a different offering, with fine dining and luxury taking presidence over the journey or destination. The current company operates two trains, in the UK and Europe, with prices running into the many thousands of pounds / euros for excursions lasting a number of days. Carriages are furnished to create suites and 'rooms' that look akin to some of the finest clubs and lounges the world can offer and place passengers firmly into scenes normally seen only in Hollywood movies. 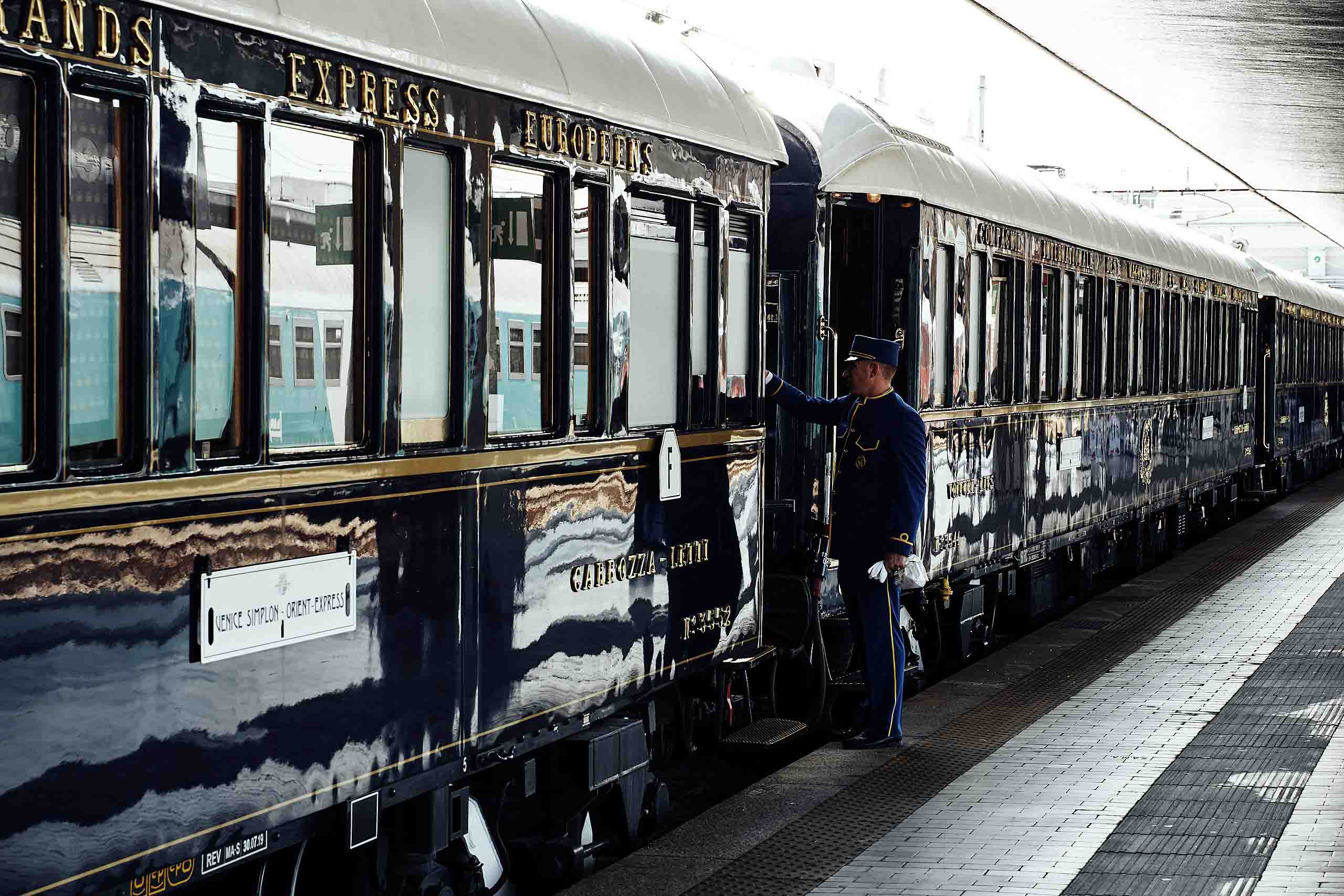 In South Africa, the Blue Train holds the position of the most luxurious railway offering and has been mentioned a number of times as future ambitions of our We Are Railfans Podcast guests. Operator Transnet Freight Rail refer to this service as a 'moving 5-star hotel' and with features like a full butler service, gold-plated decor and full-sized bathtubs, the feeling is very much the same as the best hotels one can find. Like many such services, its origins are from the 1920s and 30s and the train has therefore seen haulage from locomotives spanning a large part of South Africa's electric railway history. Two train sets (running in opposite directions) travel at a leisurely 56 mph through stunning scenery. Its name is fairly obvious, referring to the stylish Blue livery that the carriages take on. 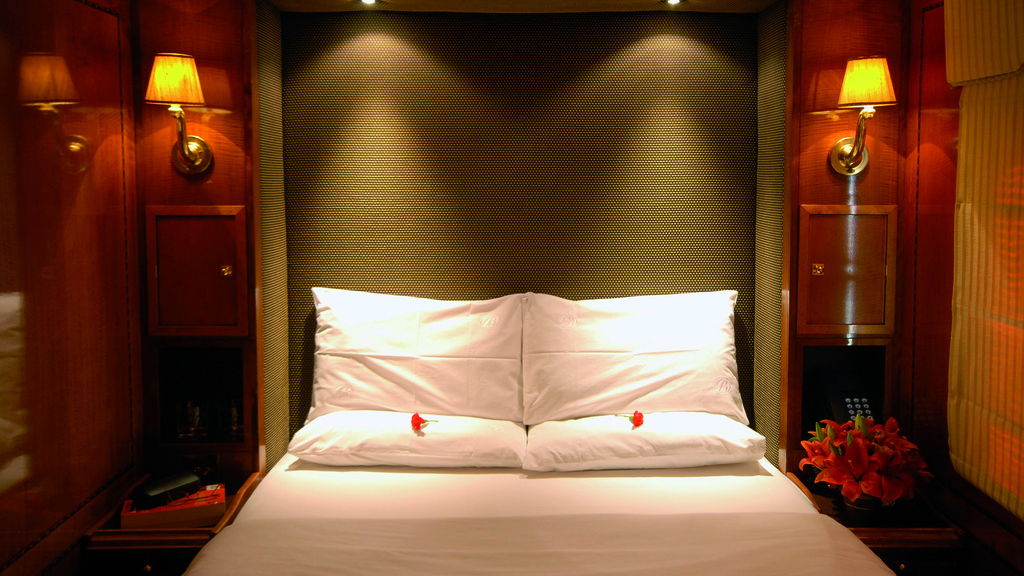 In the USA, luxury train travel isn't necessarily about sumptious food, fine dining or plush, exuberant accommodation. Services like Amtrak's California Zephyr are instead focused more on the journey and the incredible landscapes that greet travellers from large observation windows. At almost 2500 miles long, it is Amtrak's longest daily route and takes passengers from Chicago (often called the railroad capital of America) east to San Francisco. Previously: Chicago, Burlington & Quincy; Denver & Rio Grande Western and Western Pacific had jointly run a service under the California Zephyr name with iconic streamlined cars furnished in silvery metal and well-dressed hostesses known as 'Zephyrettes' waiting on passengers. Today, Amtrak's take on the name features double-decked cars with panoramic windows so that passengers can relax and admire the breathtaking scenery that America has to offer.

In his recent article about his book: 'Railways in the North American Landscape', Mike Danneman shared this fantastic photo from 1999 of Amtrak No.5 hauling the 'California Zephyr' through Cresent, Colorado. Photo by Mike Danneman.

In the UK, though the scenery in compacted into a much smaller landmass, the variety of railway towns, beautiful historic cities and idyllic landscapes make luxury train travel as much of a joy as elsewhere, but like other luxury options, food and accommodation too are part of the experience. Belmond British Pullman operate regular services across the UK, many from London, but travelling as far as Cornwall, Scotland and everywhere in between. Both steam and diesel traction take passengers on a number of railtours and feature specific locomotives at times to please both railfans and casual customers looking simply for a nostalgic or otherwise relaxing getaway journey. The coaches date from between 1920 and 1950 and are such a high standard on the inside that they form the UK leg of the Venice Simplon-Orient-Express before passengers are conveyed onwards to mainland Europe. A similar service under the name Northern Belle runs trains in the north of England.

DB Cargo Class 67 Nos.67024+67021 bring empty Belmond Pullman stock into Truro Station, April 2018. Both locomotives are in Pullman livery. This class of locomotive is no stranger to luxury as it can be seen on occasion hauling the Royal Train throughout Britain. Photo by Geof Sheppard. CC BY-SA 4.0

Whilst heritage railways do not always have the funds and resources to be able to maintain and staff luxury trains to the high standard of those on the mainlines, they do often attempt to offer their own take on either fine dining or luxury excursion services through their own acquired first class stock and passionate, dedicated volunteers. The Mendip Belle and Quantock Belle dining trains are run by the East and West Somerset Railways separately (named for the hills surrounding each) and the Bluebell Railway in Sussex run the Blue Belle service too. Local food and drink normally accompany gentle 25 mph journeys through a smaller, more intimate parts of the UK countryside and benefit from the magic that stems from genuine historic locomotives and special guest locomotives for events like galas.

First class dining awaits aboard the Quantock Belle on 18 May 2019. © Marcus Smith, courtesy of wsr.org.uk - This work is licenced under a Creative Commons Licence.

For more information on each of these services, click the link in the titles above. Note that some services may be operating differently due to the COVID-19 restrictions. Please check direct with operators for further details.