Railroad photography in a landscape genre

All words and photographs by Mike Danneman.

When I first began seriously photographing railroads in the mid-1980s, I was just happy to be out trackside seeing new locations and learning the skills necessary for a good train photo. I didn’t care what train came along as it was all new to me. Enthused by a newly emerging hobby, dwelling on all the things I missed would likely not be beneficial, but it was hard to ignore.

Perusing old railroad magazines, all of the wonderful railroading of the past that I missed could readily be seen. Photogenic subjects like the last of the steam locomotives in regular service, along with the roundhouses, coaling and water towers and the massive workforce used to support these incredible machines. Even after the end of steam, there were depots and interlocking towers, old signals, pole lines, colourful passenger trains and a huge variety of railroad companies and locomotives, giving photographers that blazed ahead of me a wonderful diversity of photo opportunities.

By the time I picked up a camera, many of the things that made railroads interesting were already gone, or abandoned and soon would be. I was still able to photograph some railroads that were slow to change, and there was still plenty of diversity. I soon learned to make the most of line side props like towers, signals and depots that still survived to make compositions more interesting. As I grew older and further travel expanded my horizons, so too did my desire to make a railroad photograph more impactful. I quickly found the railroad in landscapes most captivating.

The array of topography across the United States and Canada is what challenged railroad builders centuries ago, but it is also what gives photography of those railways its allure. I can still go out trackside at some scenic location and photograph a train in a gorgeous landscape. It might not be Rio Grande or Northern Pacific anymore, but in many instances, Union Pacific or BNSF trains passing through as scene could very well be substituted by their predecessors without much change in impact to the final landscape photograph.

Even though the railway scene today is so different—with much bigger railroads and less variety, more sterile surroundings and stringent trespassing rules—railroad landscapes are still out there. Believe it or not though, even this can change. Some locations I used to photograph from are now posted private property and rampant foliage growth has made some photos impossible.

However, I still think it is these vastly varied landscapes across the continent that still exist is what makes capturing railways in photographs so interesting to me. Although I have been photographing trains for quite a while, I continue to enjoy getting out there with friends and family, appreciating the time outdoors, and capturing some good photographs with a little practice and patience. On top of that, there are also many new places I’d like to see and photograph.

Some advice I’d give someone starting out in railroad photography today is that no matter when you begin, you will have always missed something great. Don’t be discouraged, as all the railroading we see out there today will one day change, and it’ll be up to you to photograph it as well as you can. Try photographing trains in their environment—you might find yourself enjoying railroad landscape photography too!

Mike Danneman is the author of several books recently published by Amberley Publishing, including Railways in the North American Landscape. 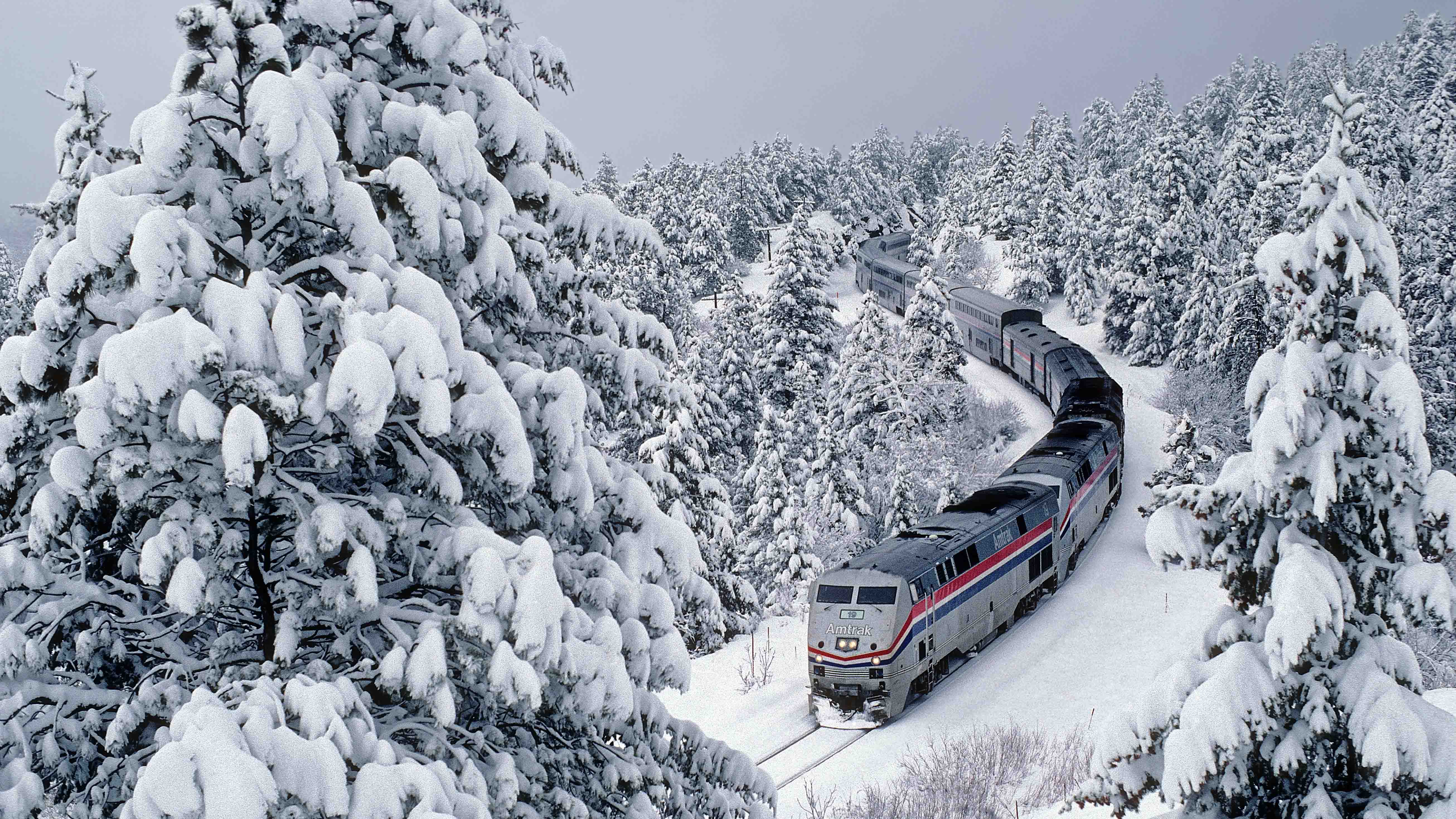 The calendar says spring, but the weather says winter at Crescent, Colorado, on 23 April 1999. Amtrak No. 5, the California Zephyr, climbs the Front Range of the Rockies through a snowy wonderland on its westward trip to a hopefully warmer west coast. 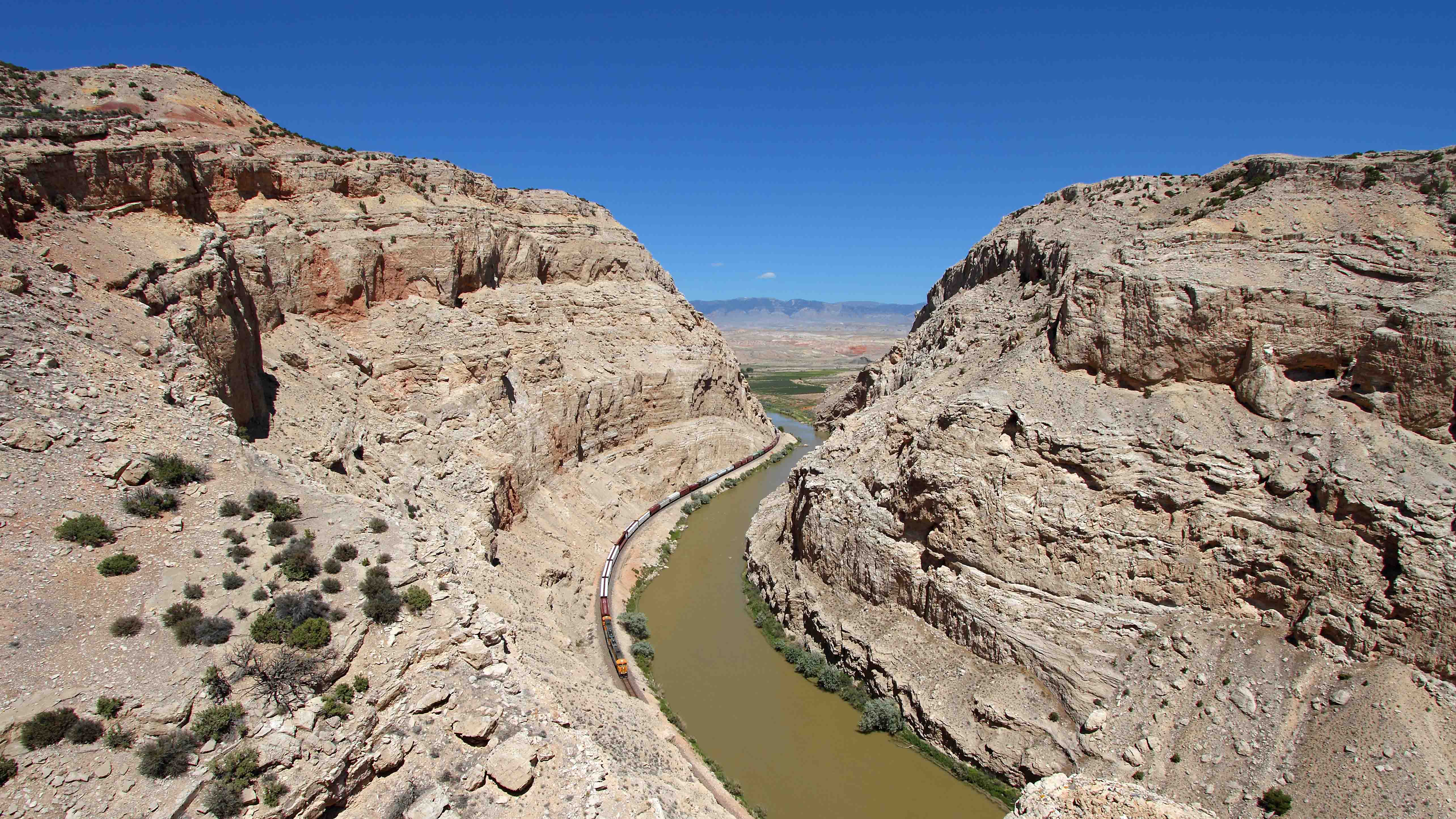 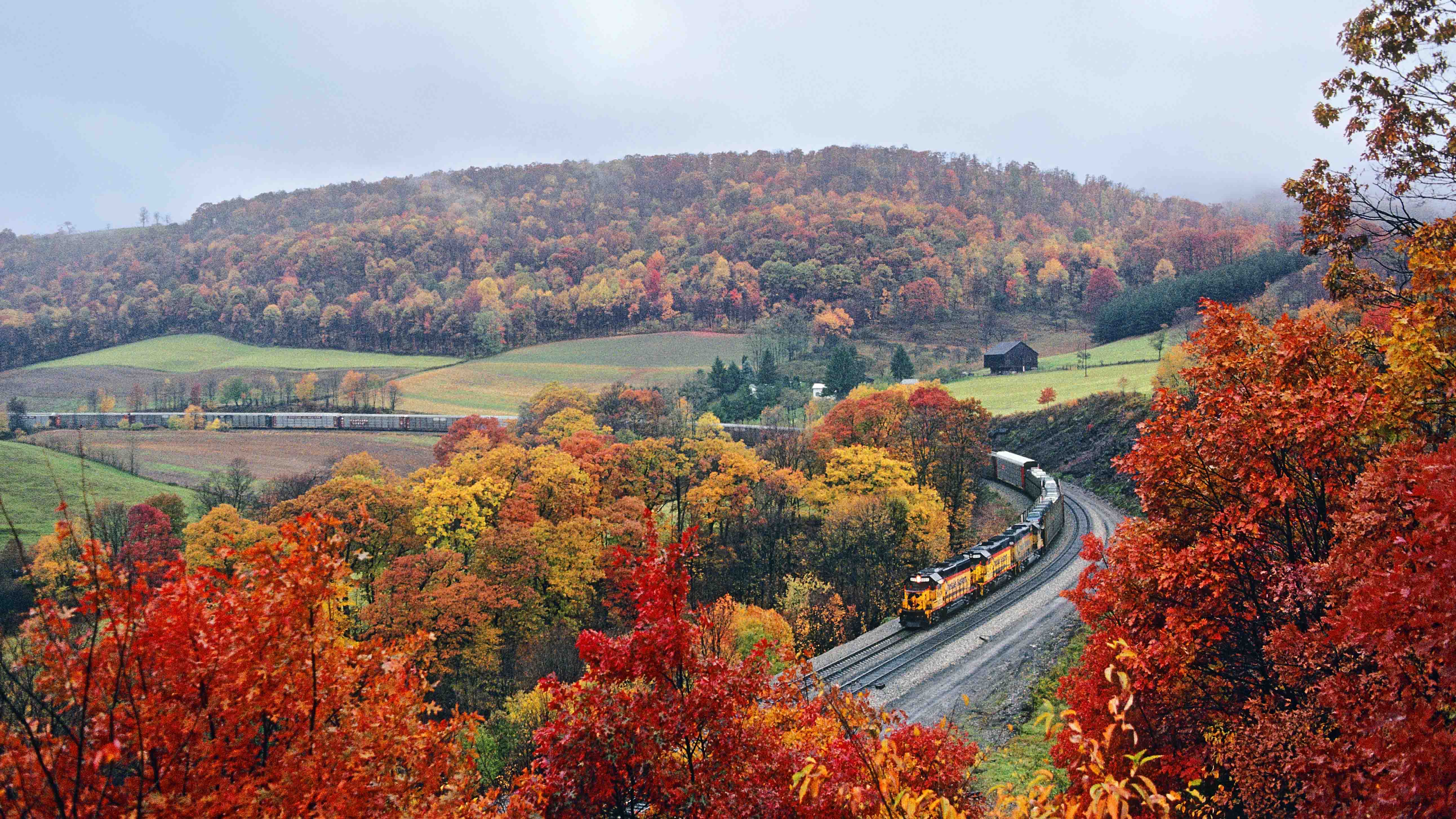 Powered by a trio of former Chessie System (B&O) EMD GP40-2s, a CSX freight comprised of auto racks curves through Mance Pennsylvania, on a rainy, yet colorful, autumn day of 22 October 1988. 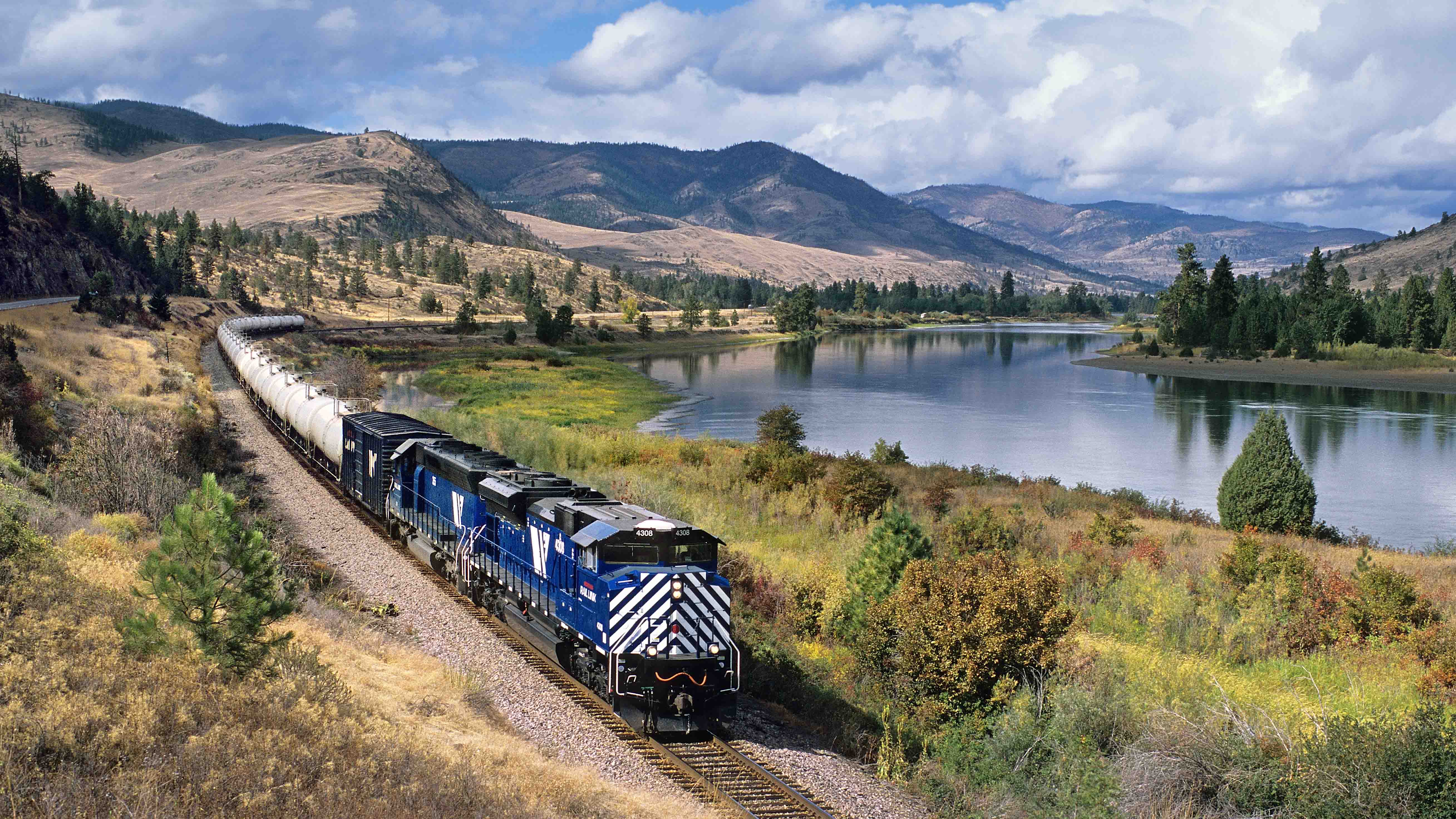 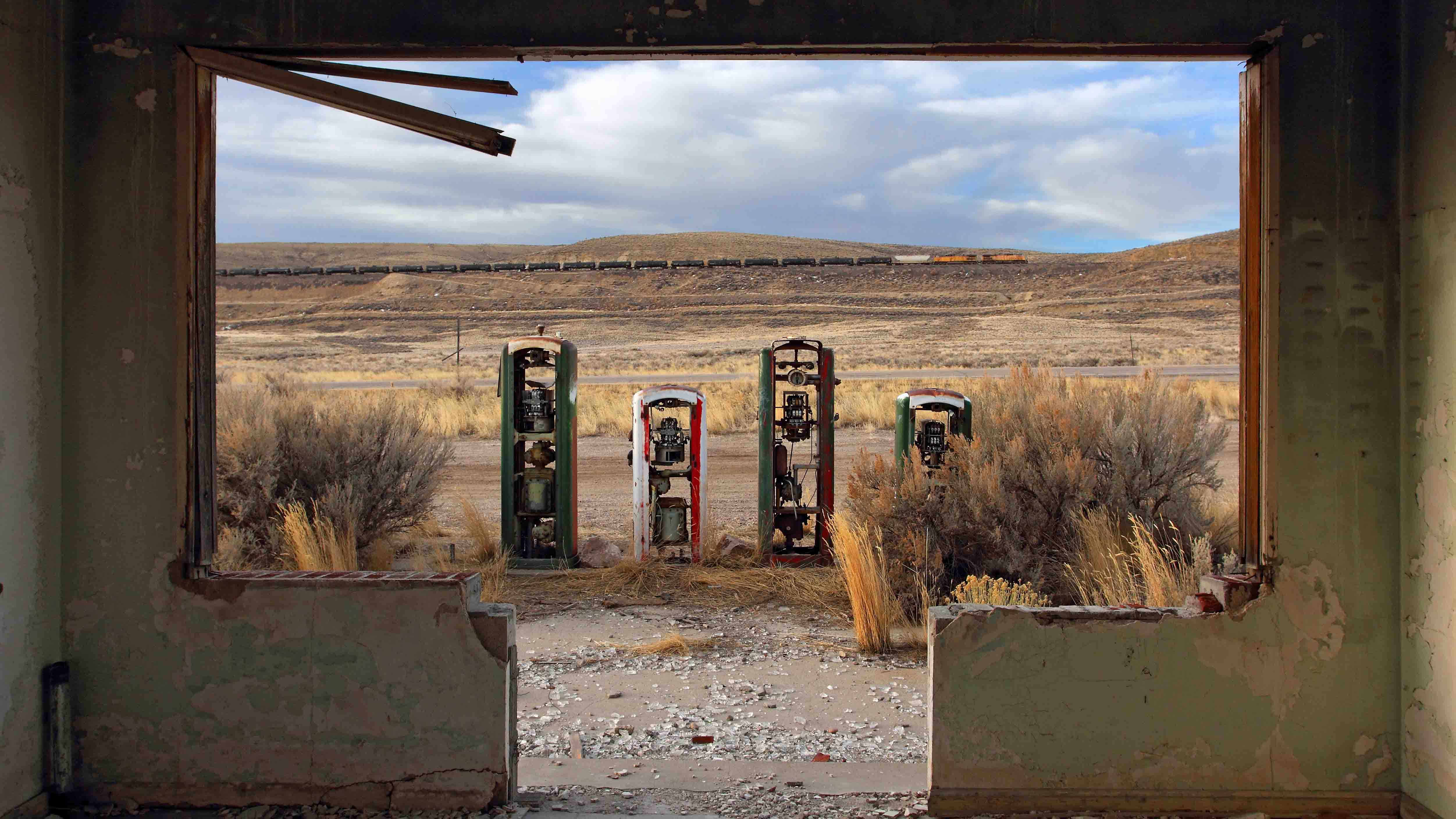 Climbing Peru Hill west of Green River, Wyoming, is a westbound Union Pacific oil train passing a deserted Sinclair gas station along old U.S. Highway 30 at James Town on the morning of 13 March 2012. The skeletons of no longer-needed gas pumps still stand out front, waiting for customers that will never come. 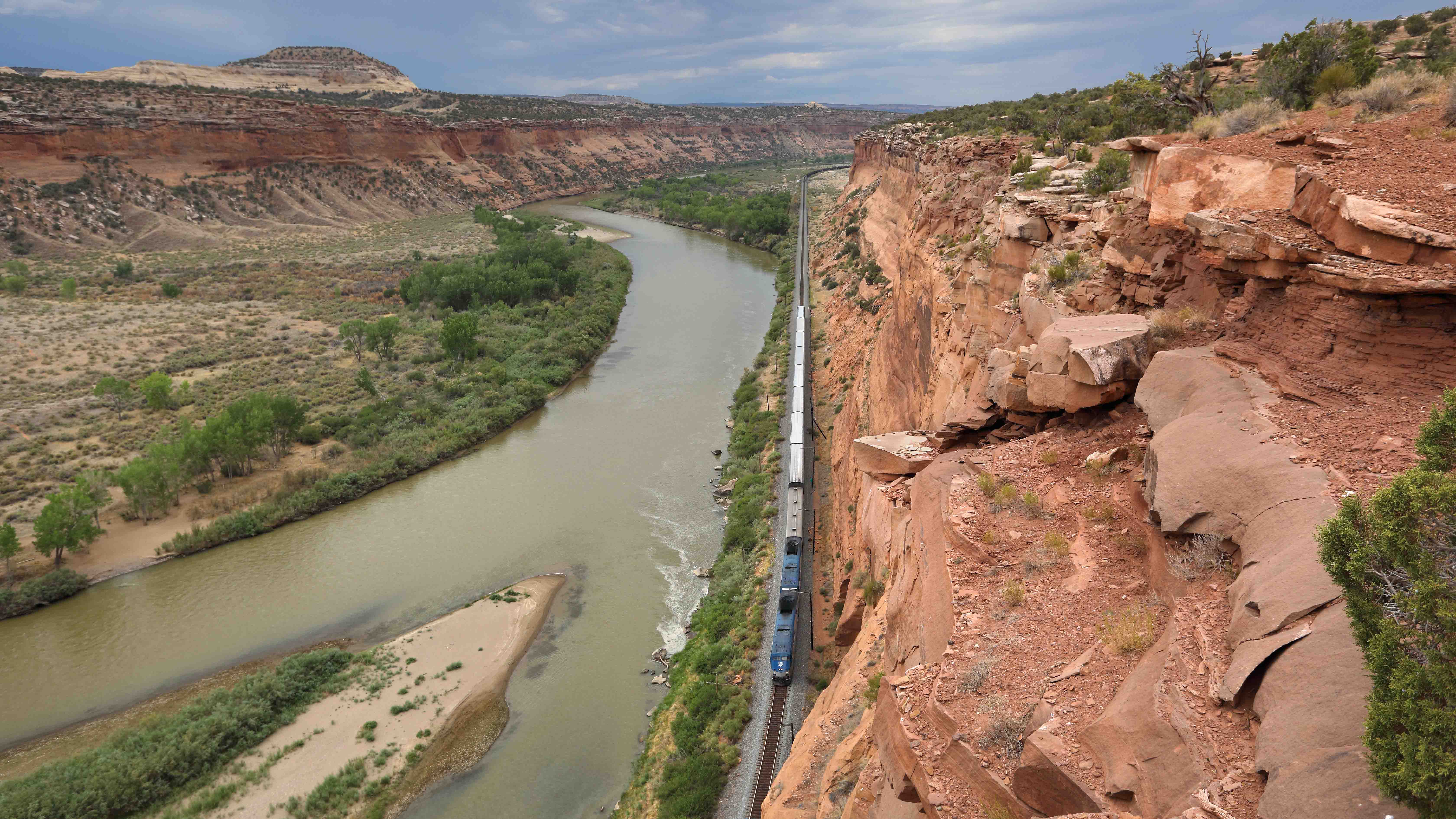 Amtrak’s eastbound California Zephyr follows the Colorado River into beautiful Ruby Canyon at Utaline, Colorado, as seen from the vertical cliffs above Dodge’s Bluff and McDonald Creek on 24 June 2021. 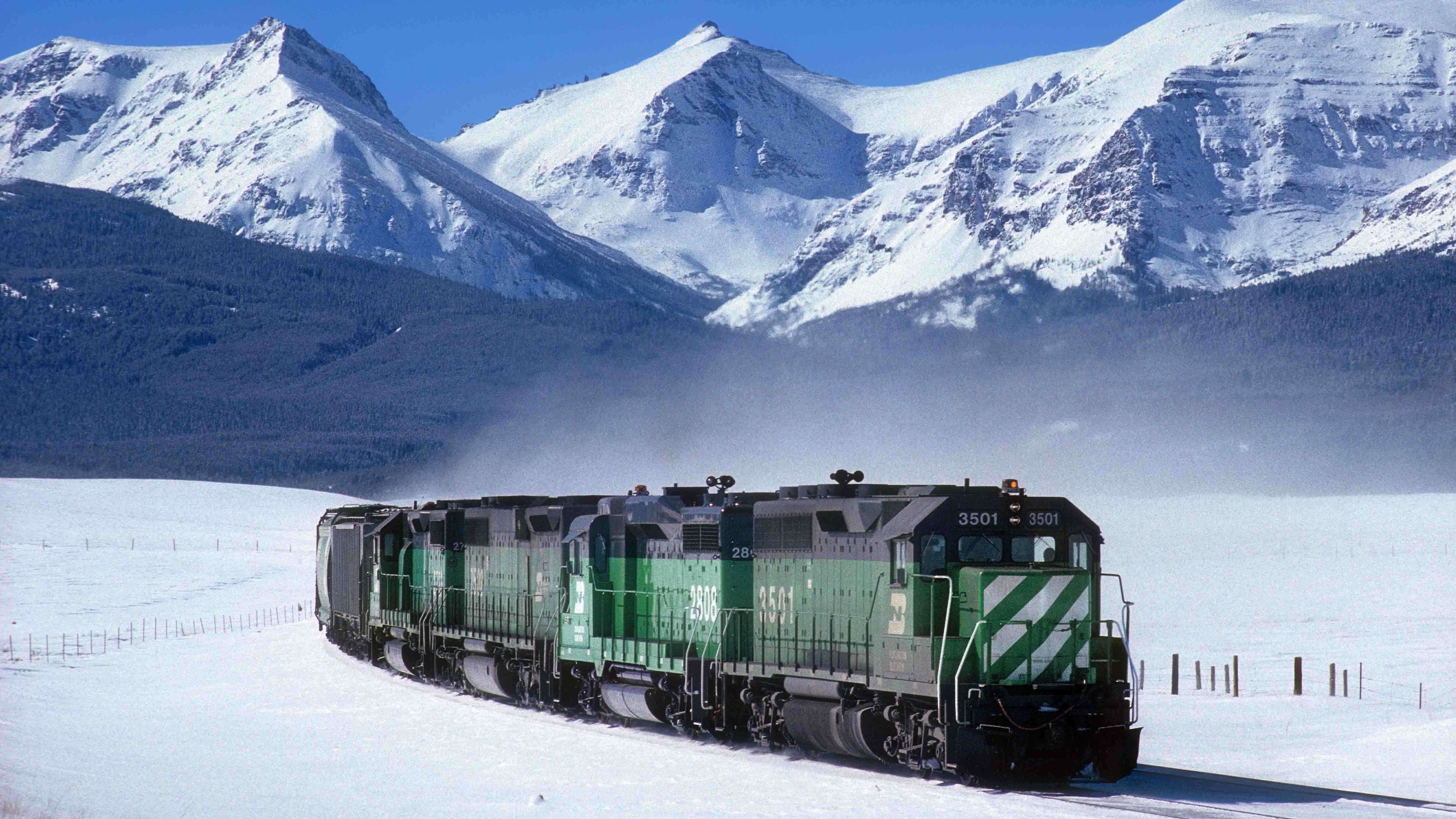 Raising is own rooster tail of blowing snow is an eastbound Burlington Northern freight at Grizzly, Montana, beneath the towering peaks of Glacier National Park on 3 March 1989. The train is led by BN No. 3501, a former CB&Q GP40 that was remanufactured by Morrison-Knudsen in 1988. 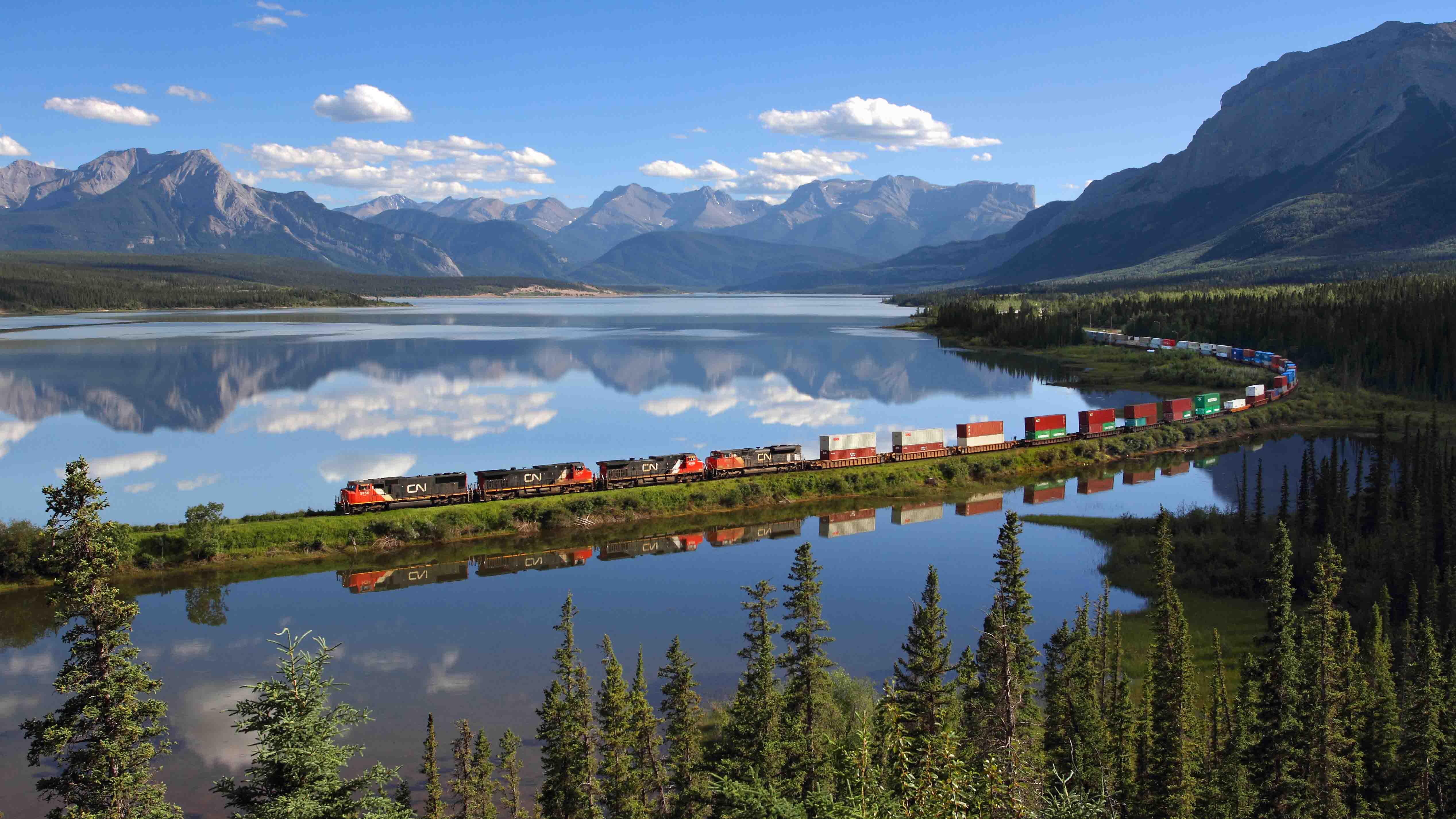 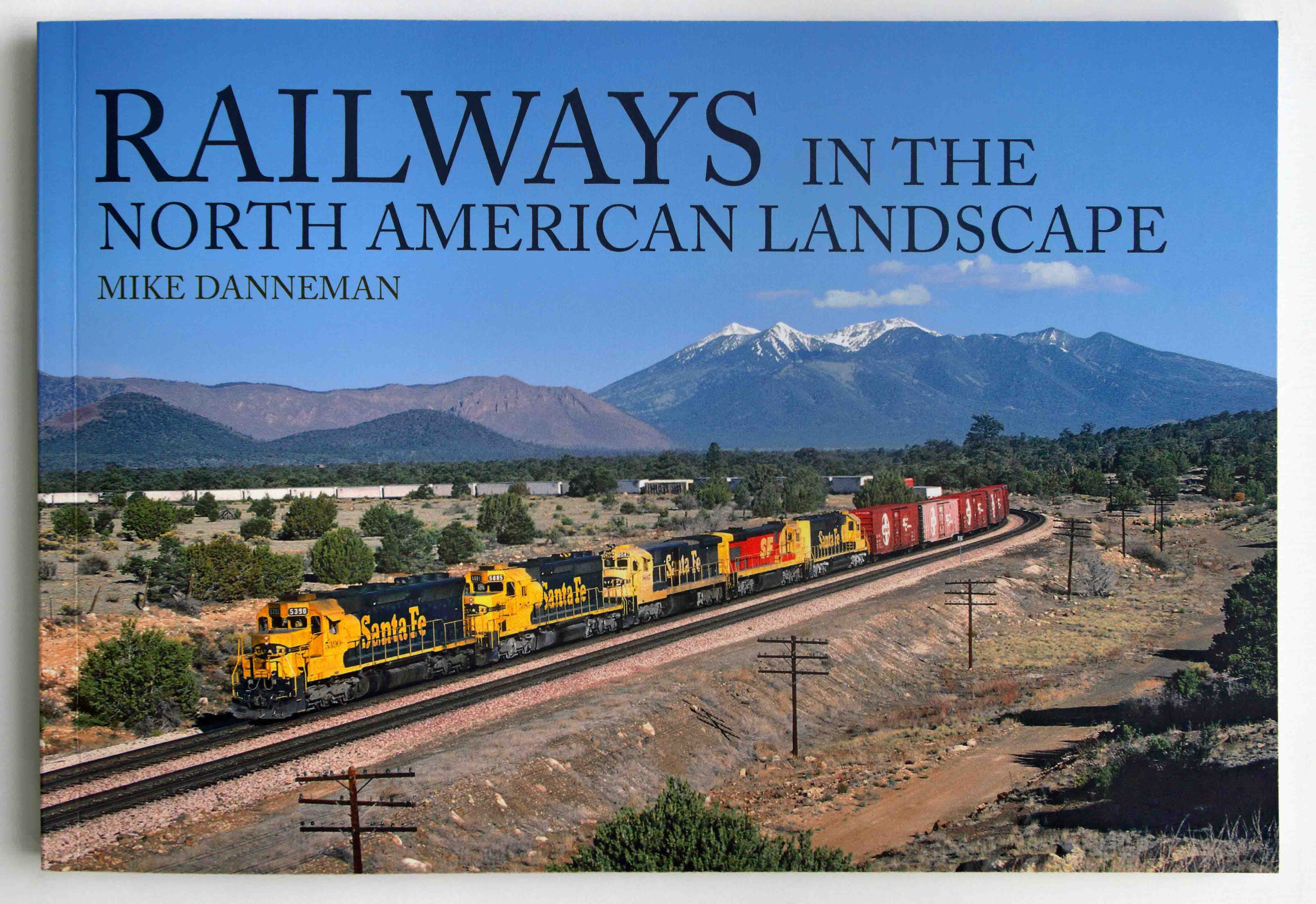 Just released by Amberley Publishing is Mike Danneman’s book 'Railways in the North American Landscape'. For more information on this book, and other titles by Mike Danneman in the Amberley collection, see: https://www.amberley-books.com/community-main-page/d/community-mike-danneman.html