In an earlier We Are Railfans article we looked at the fantastic legacy left by legendary railfan Roger Puta. In this one, we take a closer look at one specific location of the many hundreds that Roger photographed during his life. Cumberland, Maryland forms one end of the intimidating Sand Patch Grade which runs up through into Pennsylvania and the Allegheny Mountains. Roger photographed all of these services during 1969, allowing us to see a snapshot of the history of this line, which was completed in mid 19th century. Today the route sees CSX action along with the occasional Amtrak service in the Capitol Limited.

You can read more about Roger Puta here.

You can view the online Roger Puta collection here.

Though these images are in the public domain, courtesy of Mel Finzer, use is under the condition that they are correctly attributed to him and in each caption, we have linked to the source, which is Marty Bernard's Flickr account. 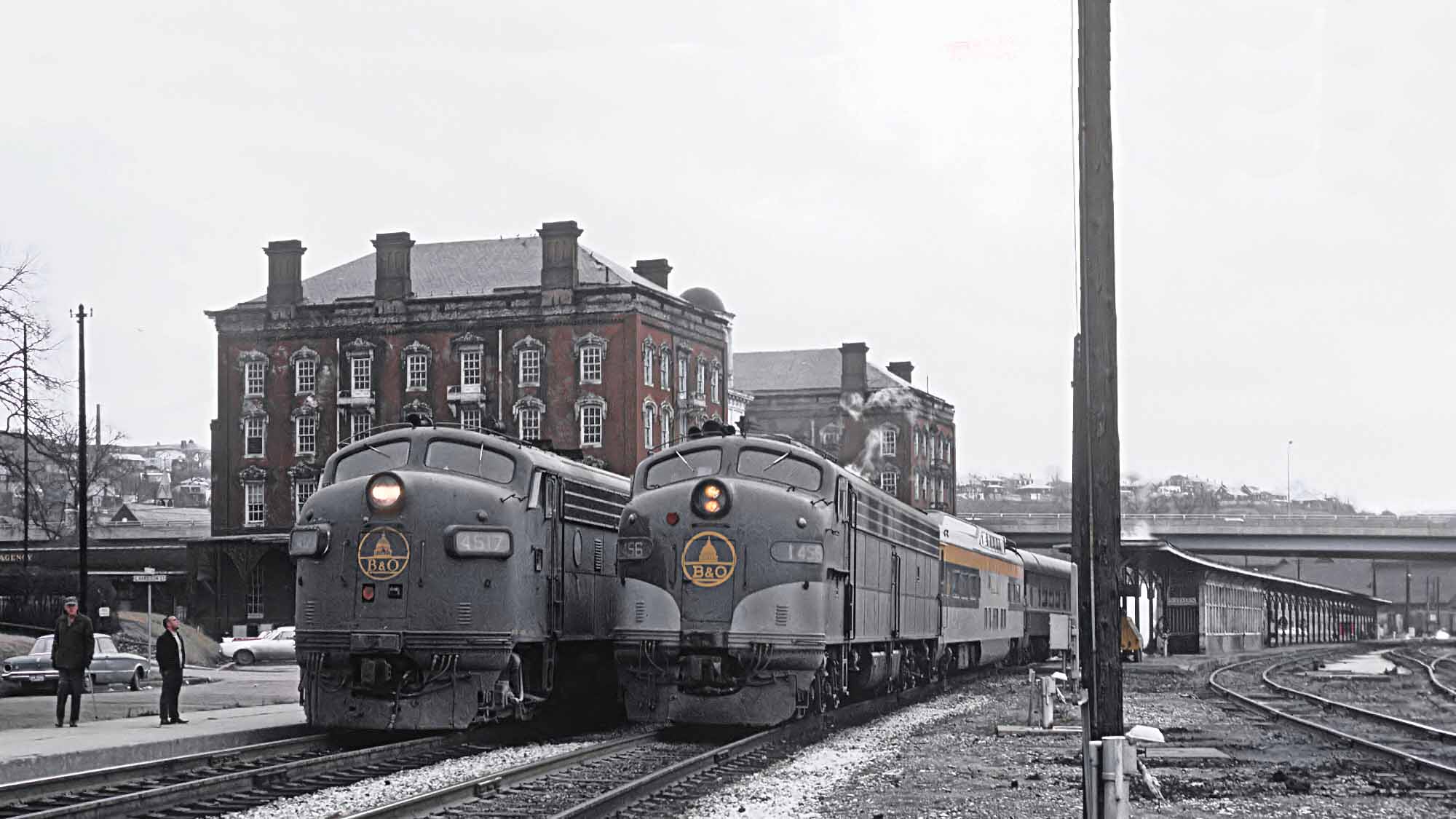 Trains divide. One B&O service becomes two at Cumberland, MD - The Metropolitan (left) and The Shenandoah (right) on December 5, 1970. A Roger Puta Photograph. 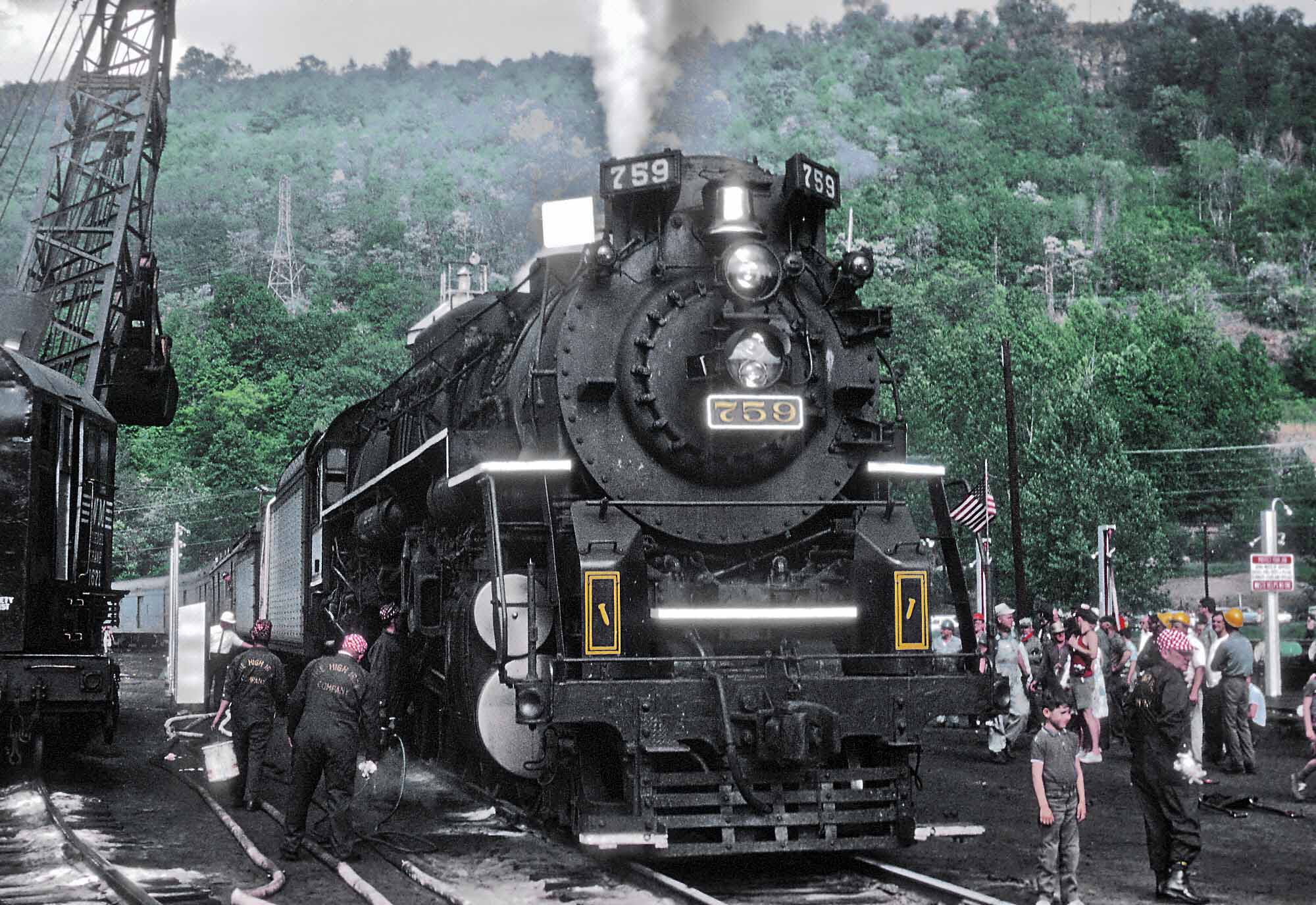 Nickel Plate Road no.759 on the AAR Golden Spike Limited in the Western Maryland Ry Yard in Cumberland on May 17, 1969. A Roger Puta Photograph. 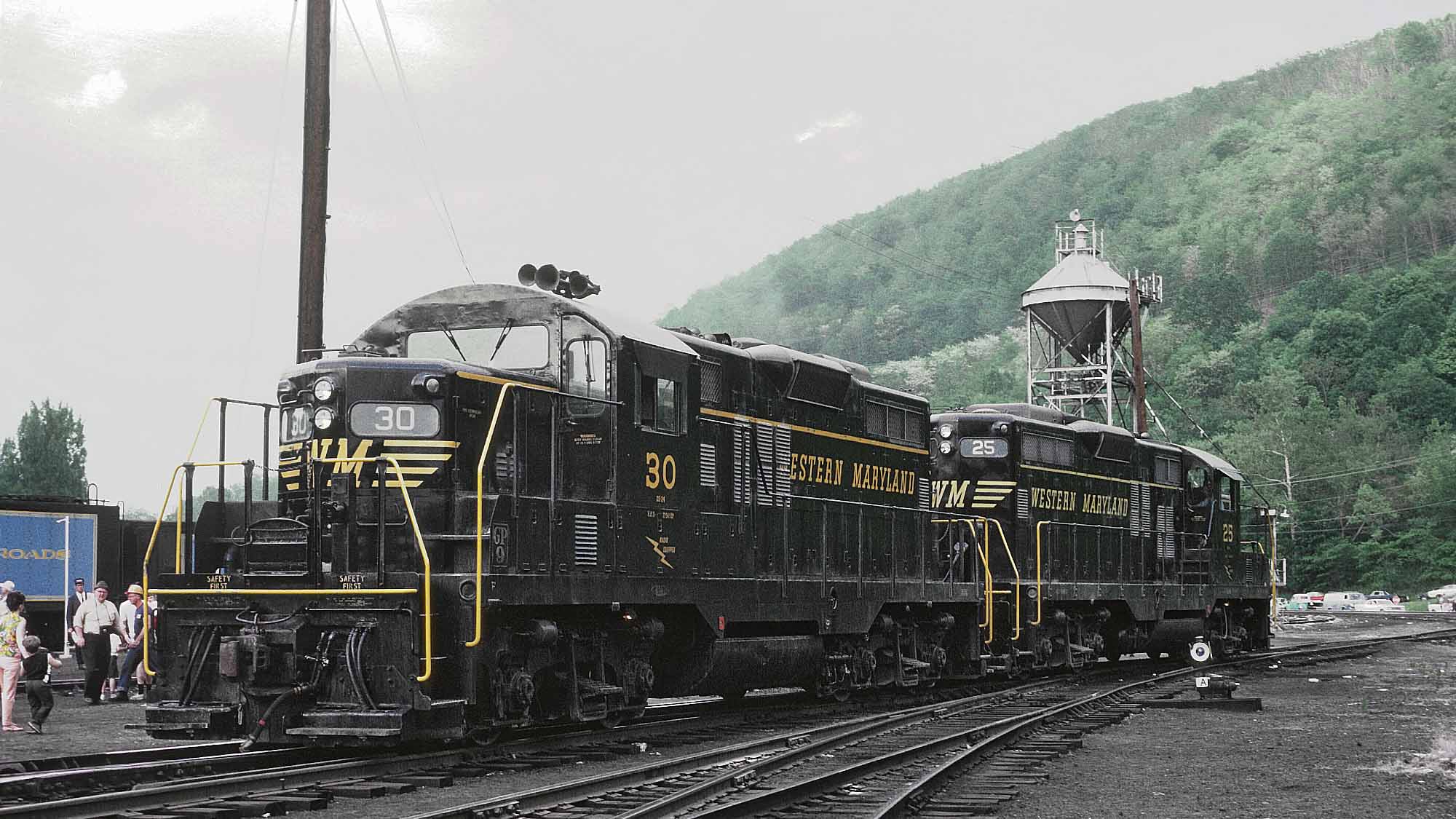 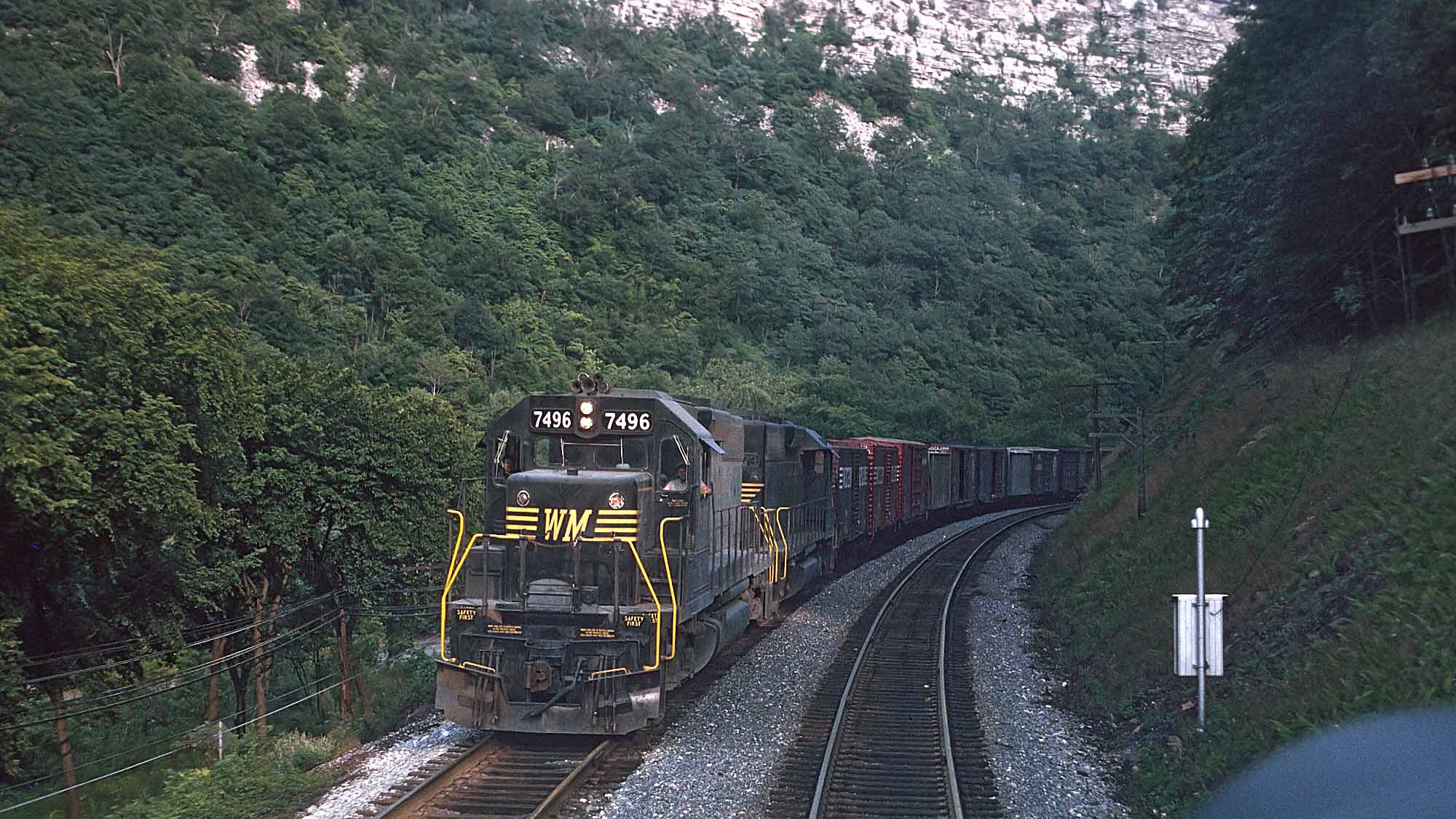 Western Maryland SD40 7496 going through Cumberland Narrows on August 16, 1969. The shot looks to be taken from the cab of the opposing service pulled by an F7A. A Roger Puta Photograph. 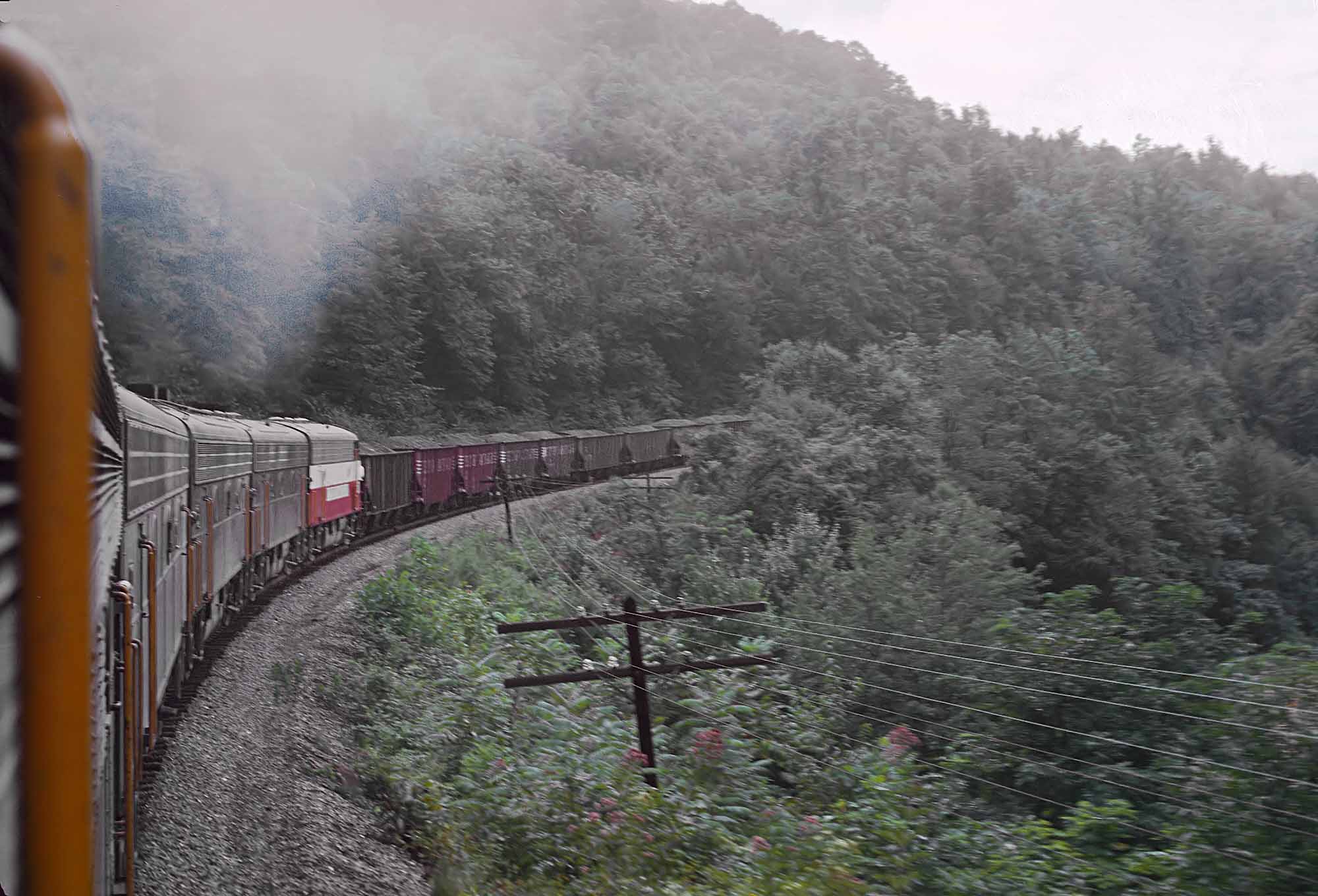 Another photograph from the same train as above, this time looking backwards near Meyersdale, PA. A Roger Puta Photograph. 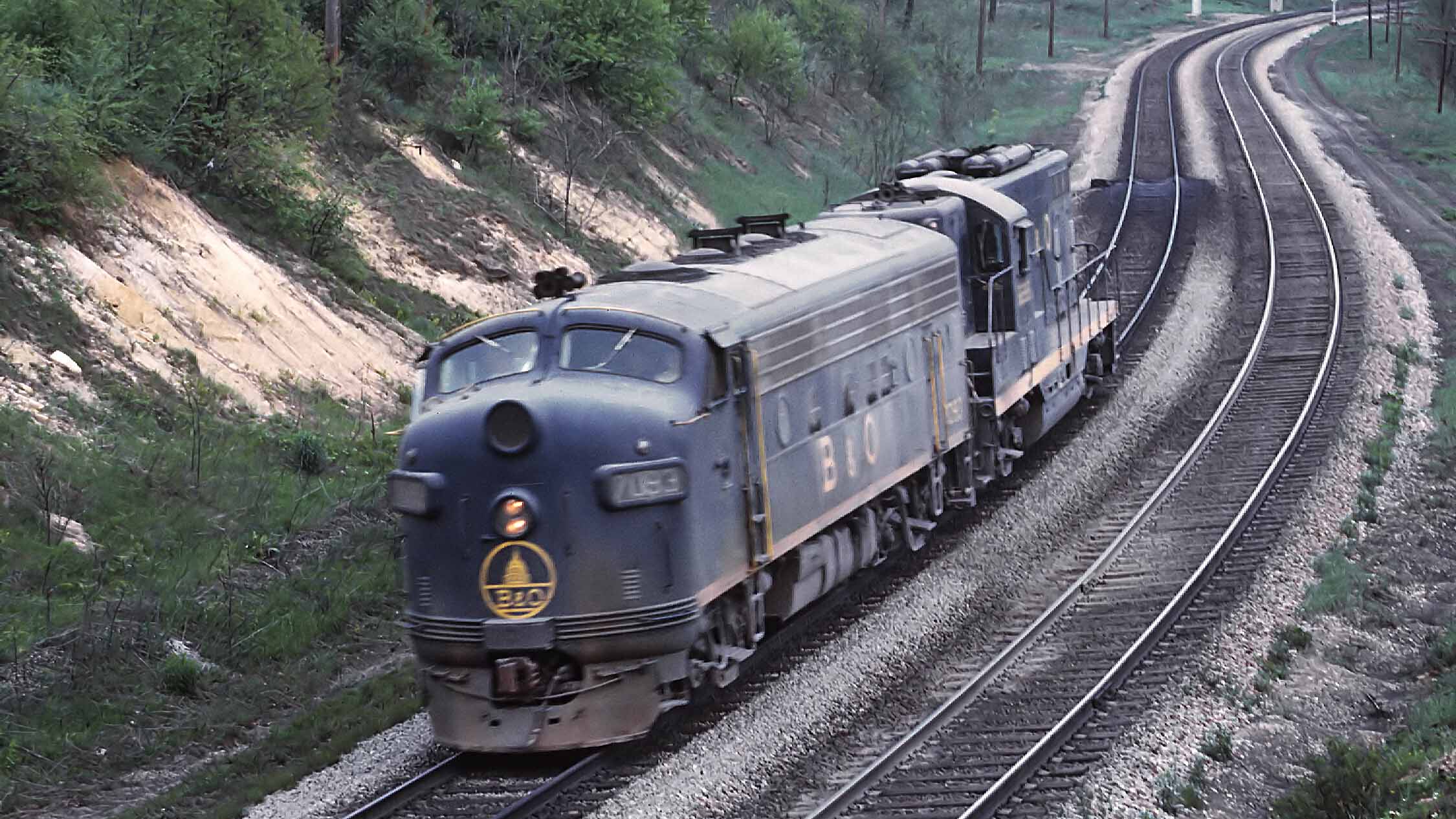 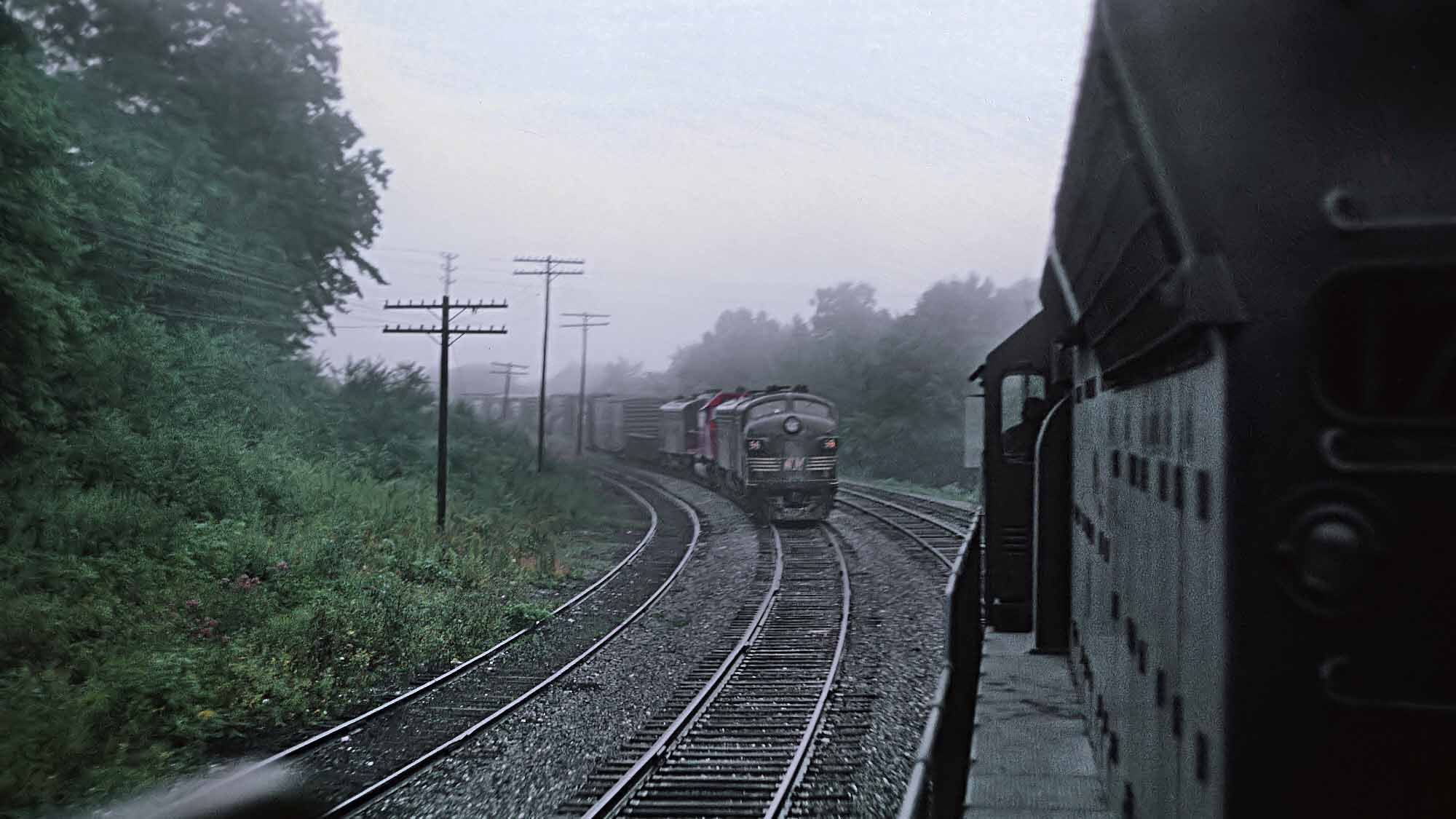