Railway Photographer Colin Wallace has been a keen railfan since the age of 11 and quickly snapped up a camera so that he could photograph what he saw. His hobby developed from spotting to photography and 40 years later has had work featured on the covers of Railways Illustrated and Heritage Railway magazines:

"As I grew and began to understand more about the railway world, the more I became fascinated by it. I started to capture the trains coming into view with my camera, not just my note-book..."

Colin has shared with us some simple advice for budding photographers which is below along with a superb sample of captures from the last few years. You can read more about Colin's work and the trains he photographs over on his website: http://www.railwayphotography.co.uk/

If you have an interest in taking mainline steam train photos and would like to know if there are any tours in your area then I would suggest that you take a look at Railway Herald or UK Steam Info* for all the information that is needed. Steam tours today travel all over the UK. Wherever you live there is probably a chance that you would get to see a stunning steam loco on the mainline.

Every year I am lucky enough to photograph some great steam train tours that come into or pass through Devon. There are two main tours that regularly visit Devon during the summer months. They are ‘The Royal Duchy’ that goes down to Par in Cornwall and ‘The Torbay Express’ that visits the Dartmouth Steam Railway. There are occasionally other tours too.

Steam train photography is very popular all over the country. Usually wherever I go with my camera there are always other photographers there too. It is always nice to have a chat with someone who has the same interest as you.

At some of the most popular locations, I would advise that you get there at least an hour or so before the tour is due. Why? Otherwise you may not be able to stand in the spot that you want to take your photograph from.

I hope that some of these images will bring back memories for you. From either seeing them running when you were a young child or the thrill of photographing them today. Below you will see a sample collection of mainline steam train photographs that I have taken here in Devon. 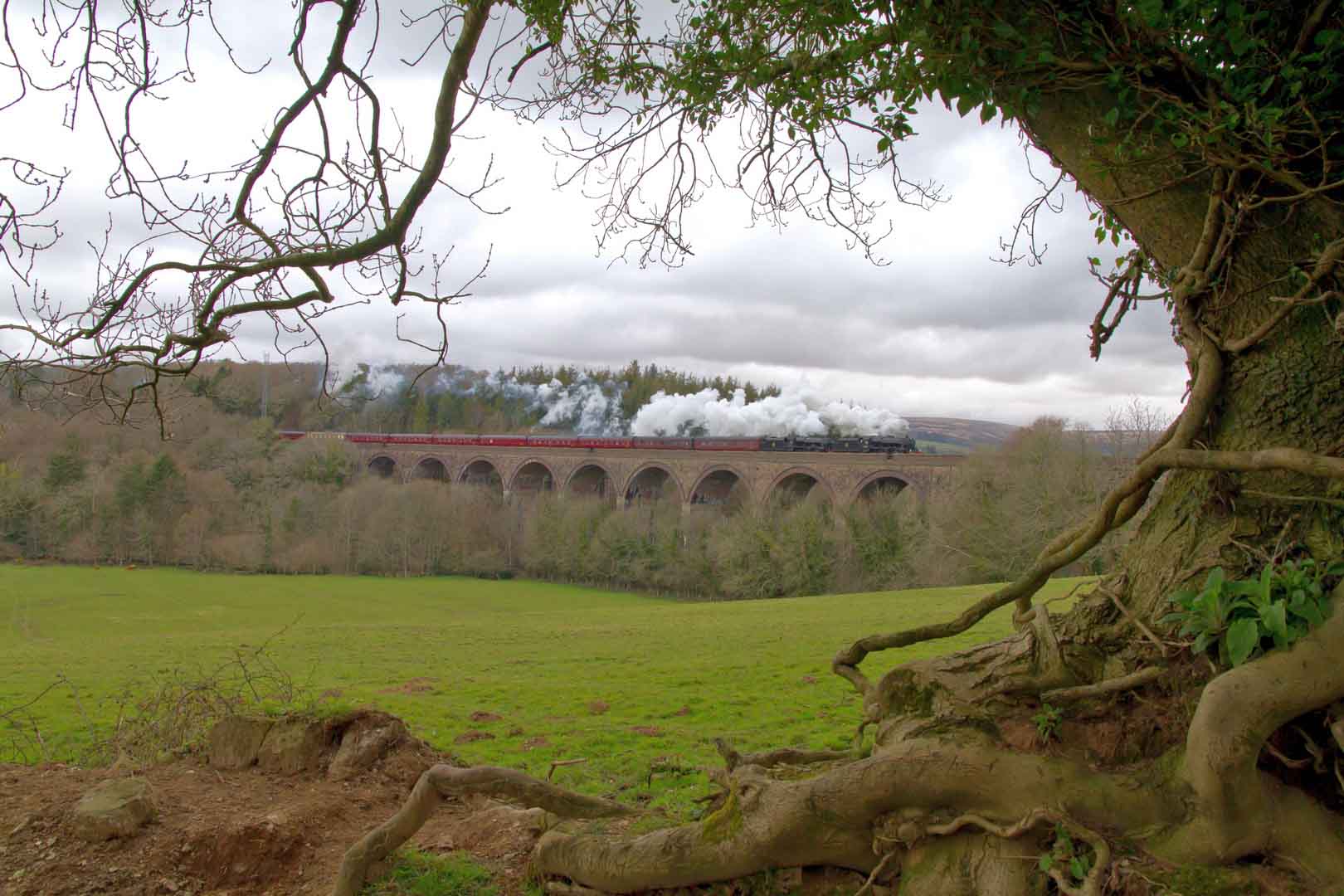 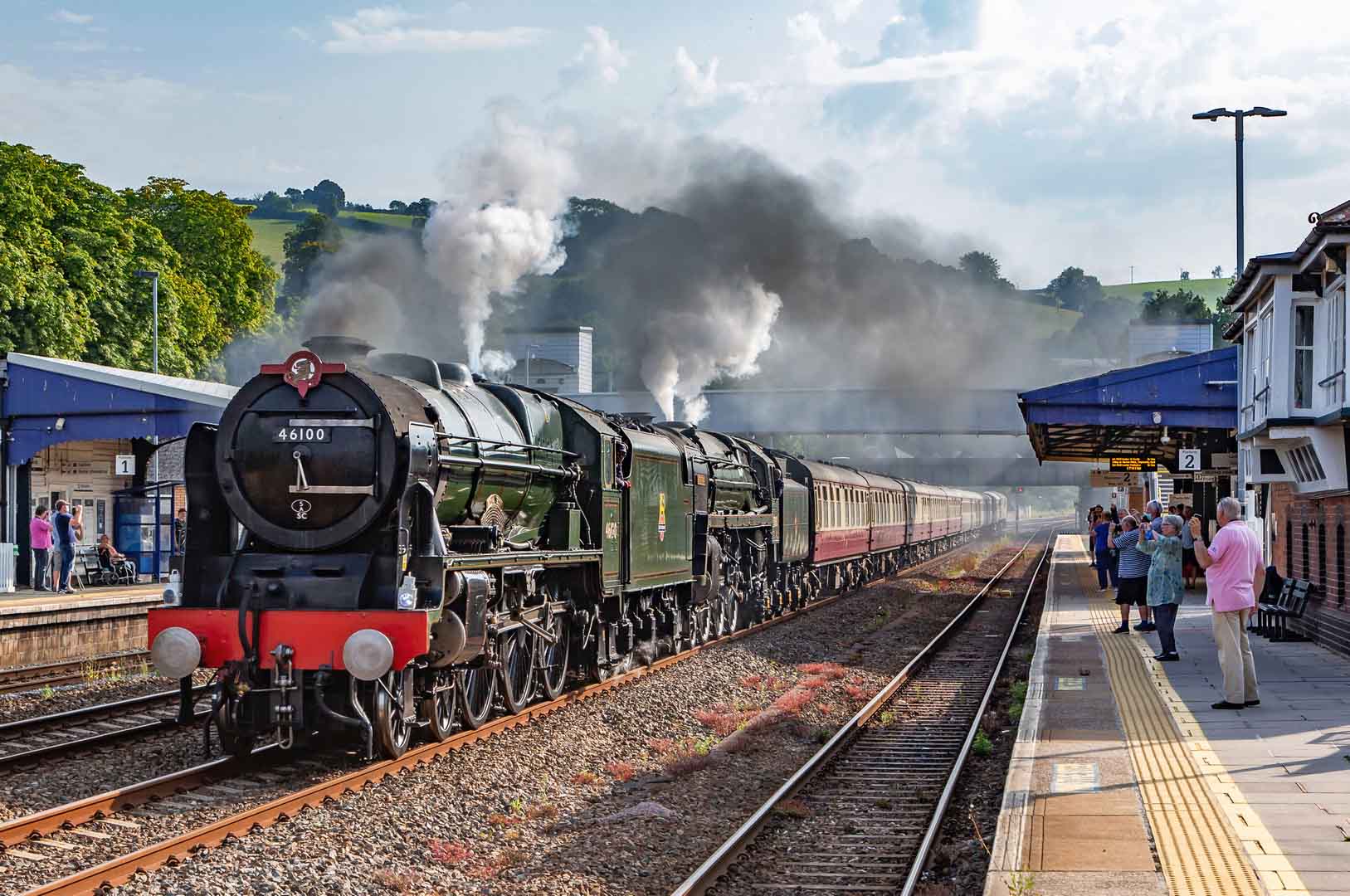 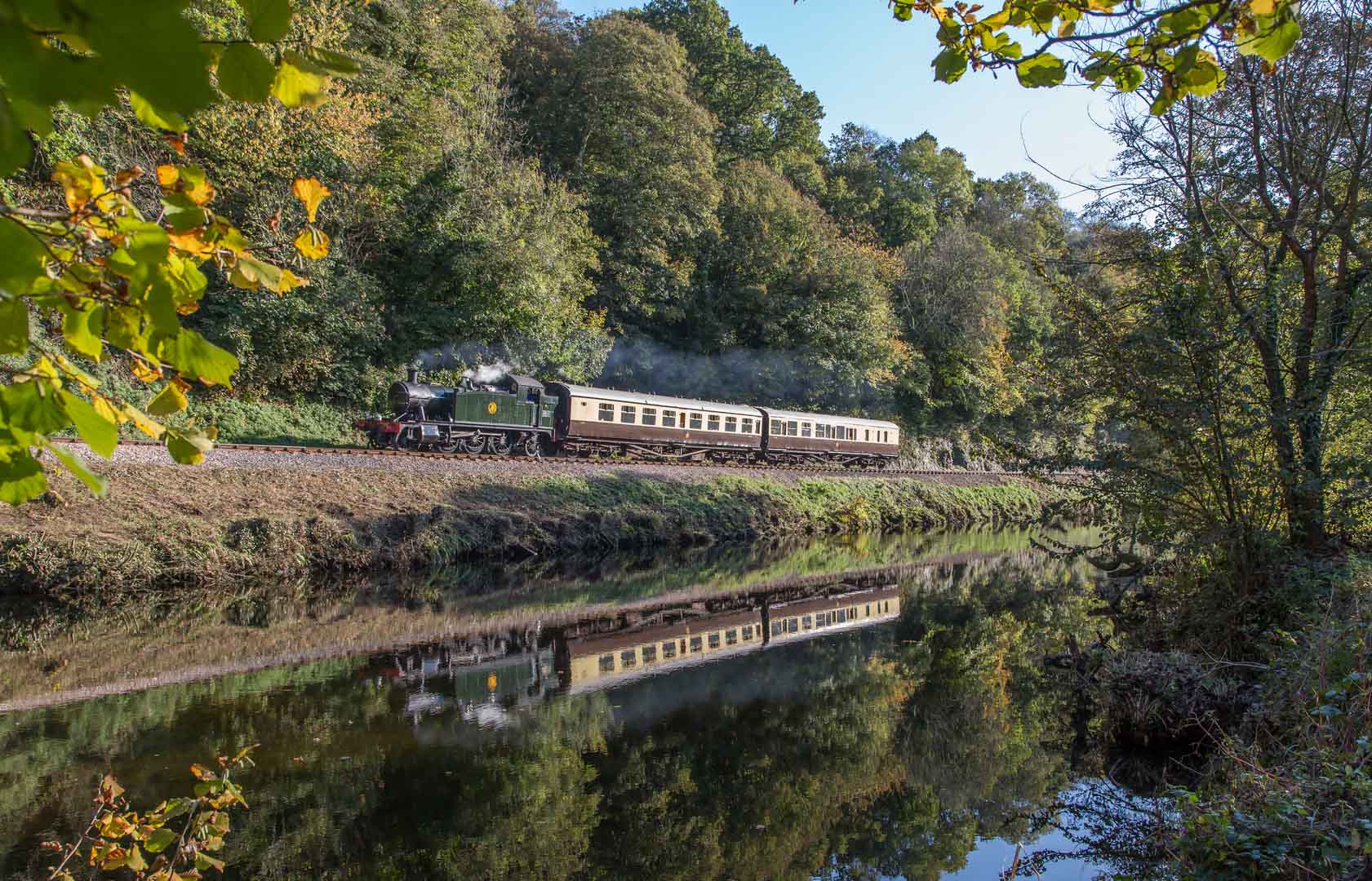 GWR 2-6-2T No: 5542 is seen on the South Devon Railway at Woodville working the ‘Footplate Experience’ service from Totnes Riverside to Buckfastleigh on the 21st October 2018 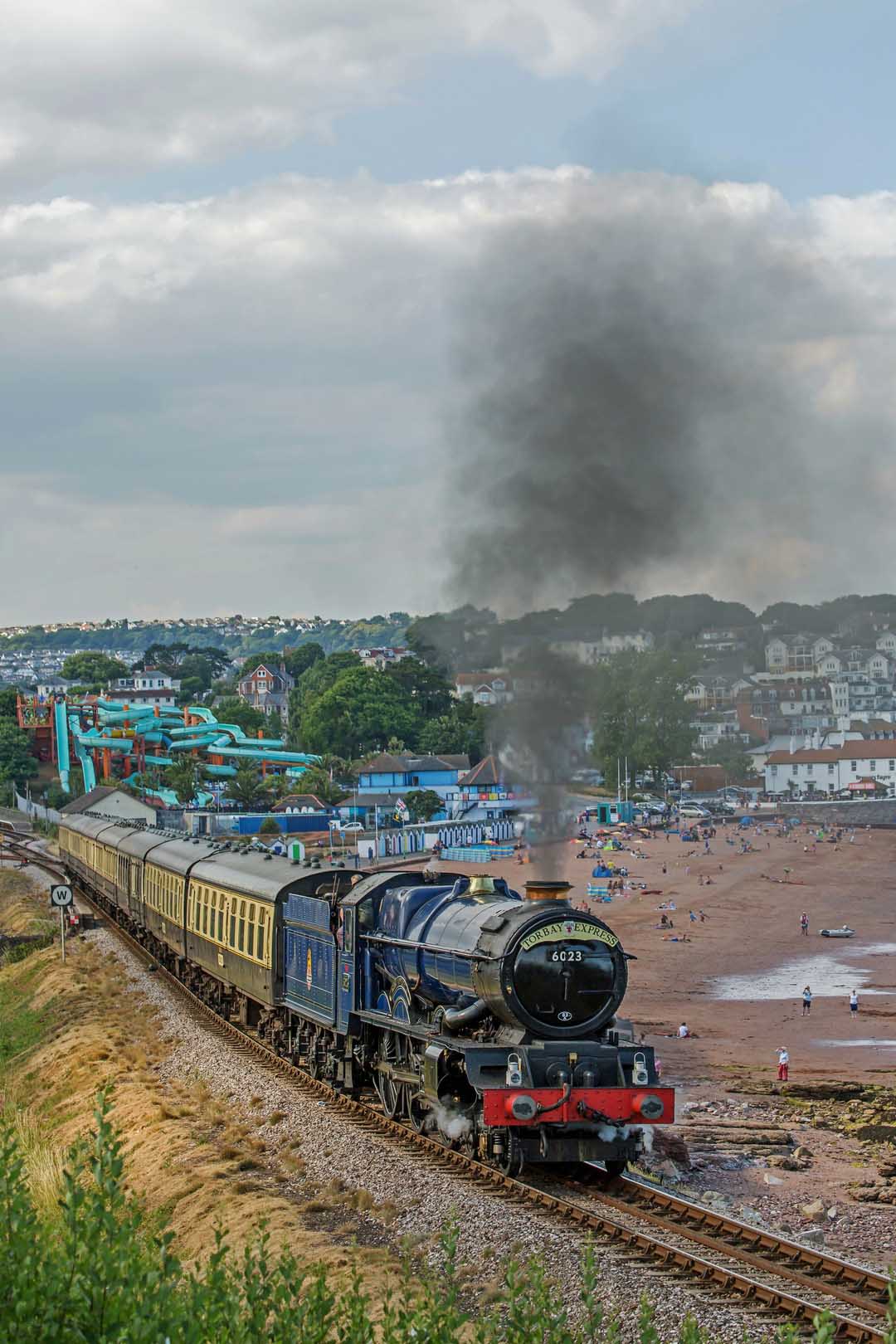 GWR 6000 Class No: 6023 ‘King Edward II’ is seen climbing Goodrington bank on the Dartmouth Steam Railway working the 16.30 Paignton to Kingswear service on the 14th July 2018 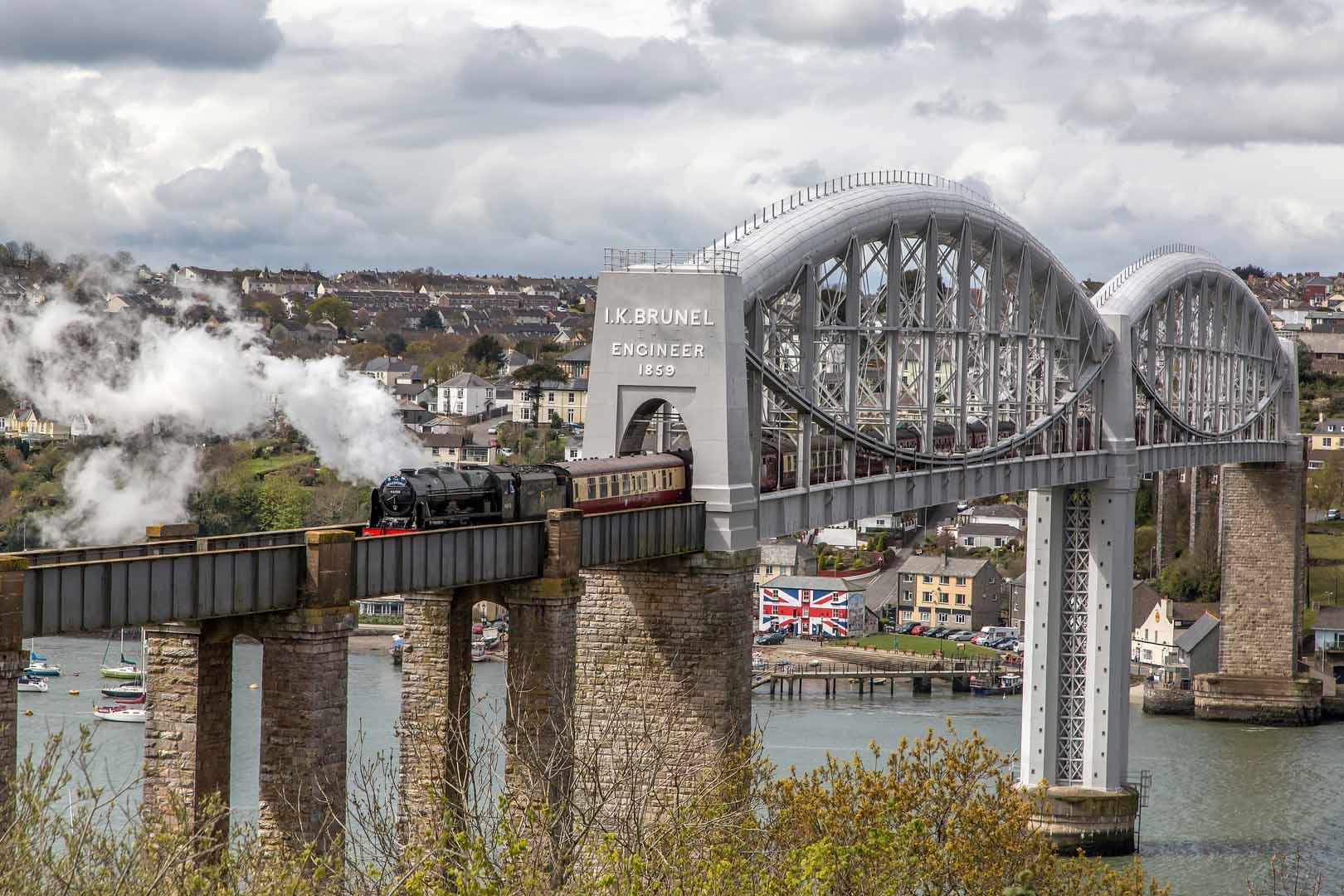 *UK Steam Info was a fantastic website that gave details of mainline tours, Steam and Diesel, in the UK for each year, including timings where possible. Sadly the site's owner David Randles passed away in October 2020 and the website has not been updated since then - Editor