The Lines near the Landmarks

Even as the world continues to be gripped by the pandemic, the thought of international travel and the potential for making plans for the future never seems too far away for those keen to get out and about once things settle. The honeypot sites dotted across the globe that see busy crowds year after year will no doubt continue to receive visitors - but for railfans there is always the added bonus of getting to see some localised rail action. Below we take a look at the railways and railroads that are located on the doorsteps of some of the world's most famous attractions.

At over a mile deep and 18 miles wide, the Grand Canyon is one of the most breathtaking and iconic natural landscapes in the world. Located in Arizona, the landmark lets viewers glimpse into billions of years of geological history and is also an important place for Native American history. As a site of pilgrimage and tourism, having a railroad nearby was big business and not everyone realises that the south rim integrated rail into the attraction at the start of the 20th century courtesy of Santa Fe. Today, the Grand Canyon Railway is a popular attraction, incorporating a hotel and the wider Grand Canyon National Park. 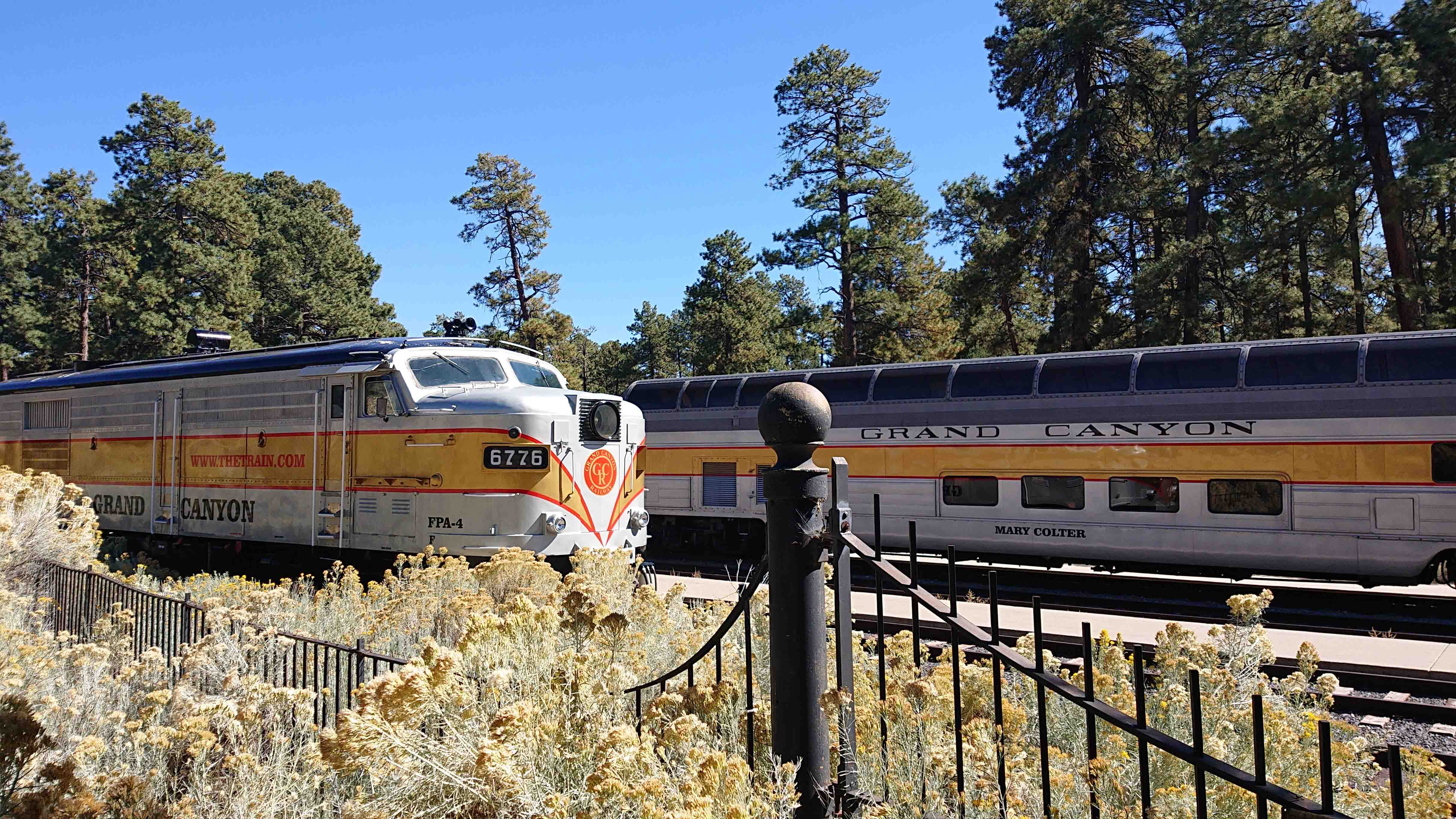 Pompeii is for many synonymous with tragedy, disaster and peril, being the location of one of the most harrowing natural disasters of all time. When Mount Vesuvius erupted in AD 79, ash and debris cascaded upon the Roman city burying its people and forming haunting casts of the volcano's victims that are still being unearthed today. Vistors come in droves from across the world to appreciate the history, pay respects to the dead and gaze with intrigue at the remains of this ancient settlement. The closest railway station is Pompei Scavi-Villa dei Misteri, just across the road from access to the UNESCO World Heritage site, with services running to and from Naples. The network runs under the Circumvesuviana name. 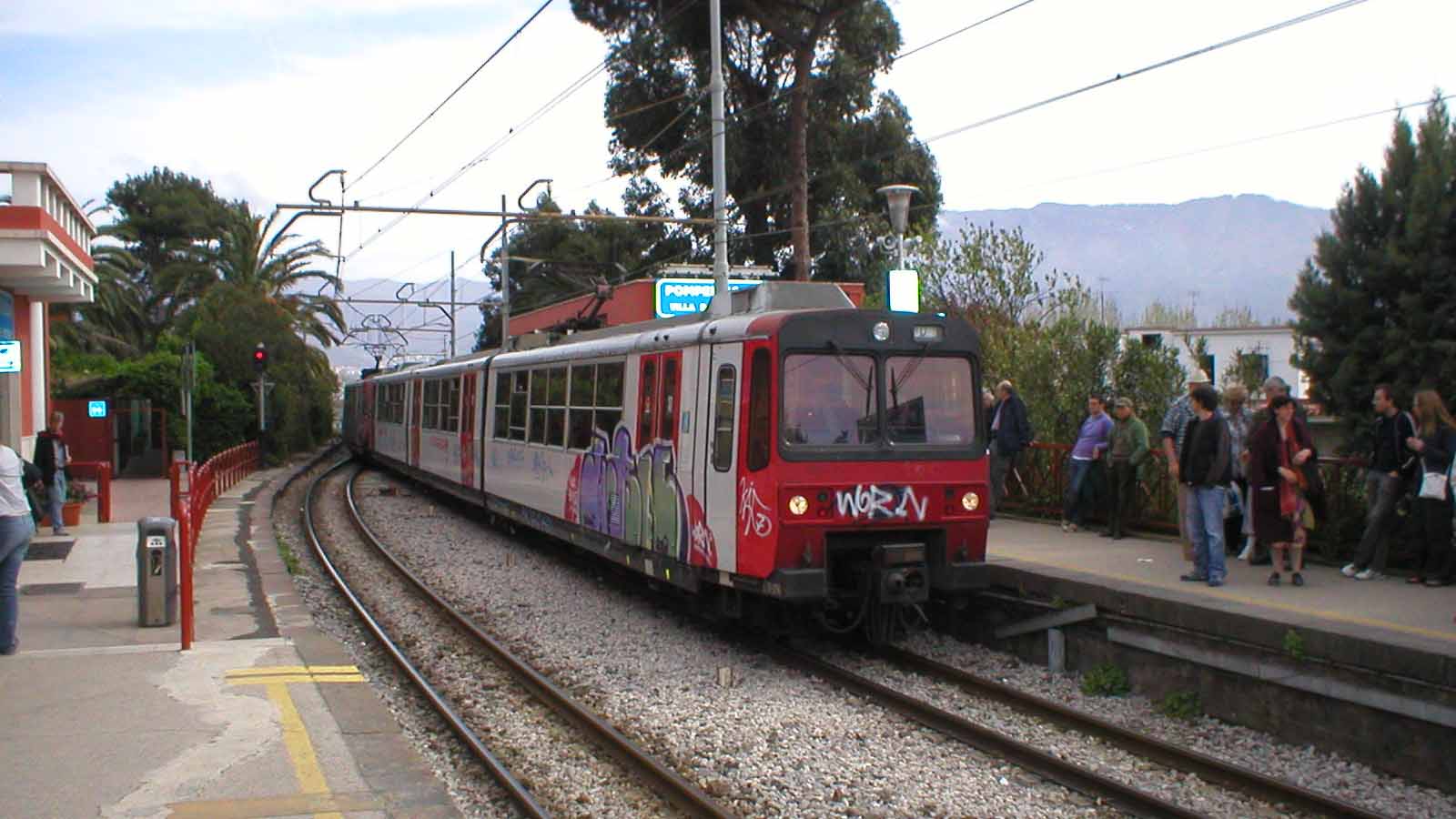 The eclectic array of trains running throughout Japan's capital Tokyo was covered extensively in a previous We Are Railfans article courtesy of photographs by Alan Land, but it is worthy of another mention here as one of the world's most popular international tourist destinations. From here, visitors can be whisked across the nation on the high speed 'Bullet' trains or explore the wider periphery using the many commuter and metro routes going in and out of the centre. Rail is a crucial element for almost all of Tokyo's tourists and plays a part in keeping the city running day and night for them and its inhabitants. 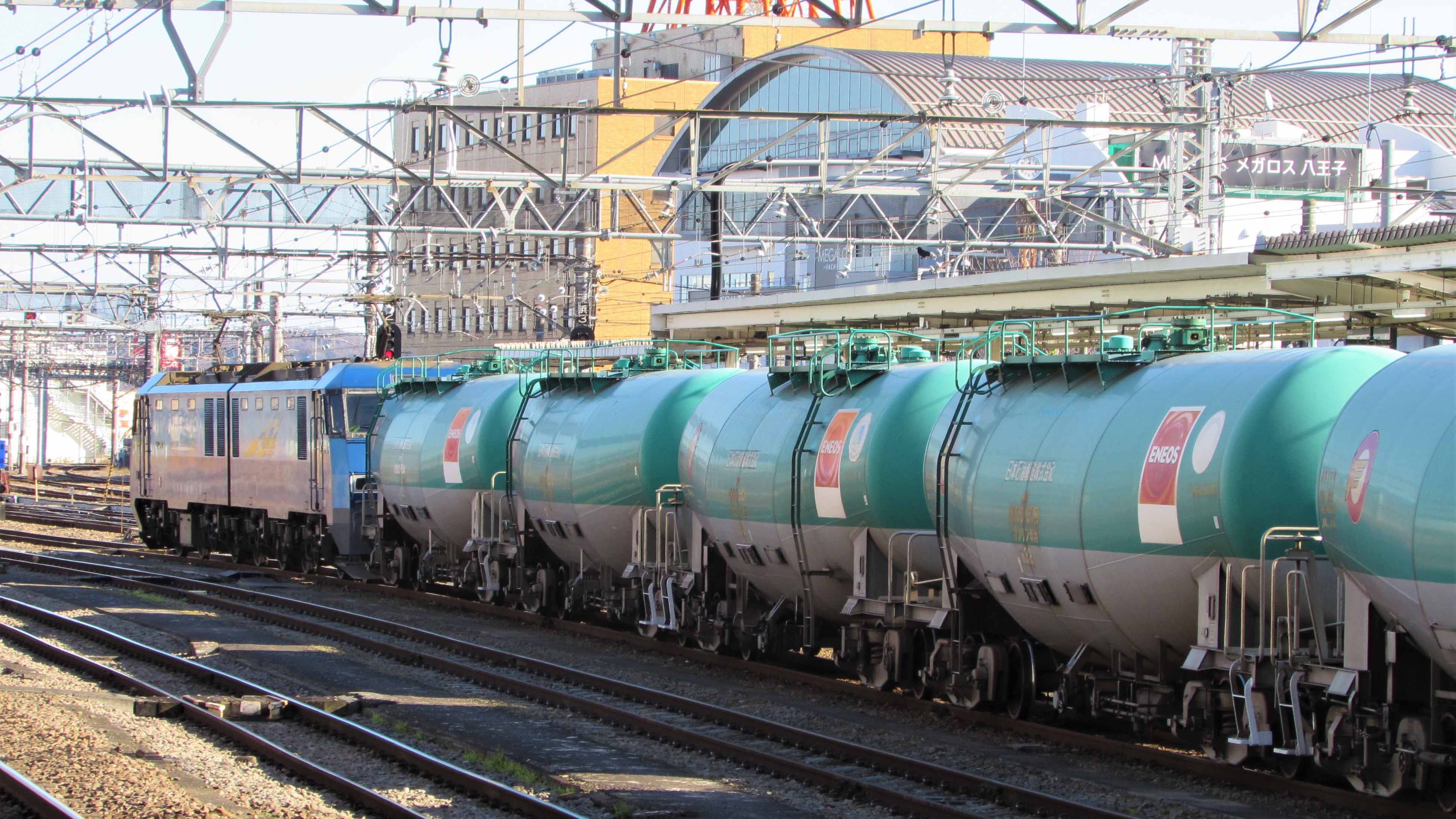 Railfans can pick out the occasional freight services whilst using passenger rail around the city. An oil car consist runs through Hachioji headed by a JR Freight Class EH200 locomotive. Photo by Alan Land.

The English Lake District has developed in recent decades from being the retreat for British and European families, hikers, bikers and boaters to an international attraction popular with a wider audience in the Americans and Chinese. Windermere and its surrounding mountains are themselves worthy sights to see, but many are also drawn in by the world of Beatrix Potter and the literary connections between the villages and popular characters like Peter Rabbit. One of the best ways of arriving into the area is via train and Windermere Station's bus connections, multilingual signage and leaflets and position above the town makes it perfect for international tourists. 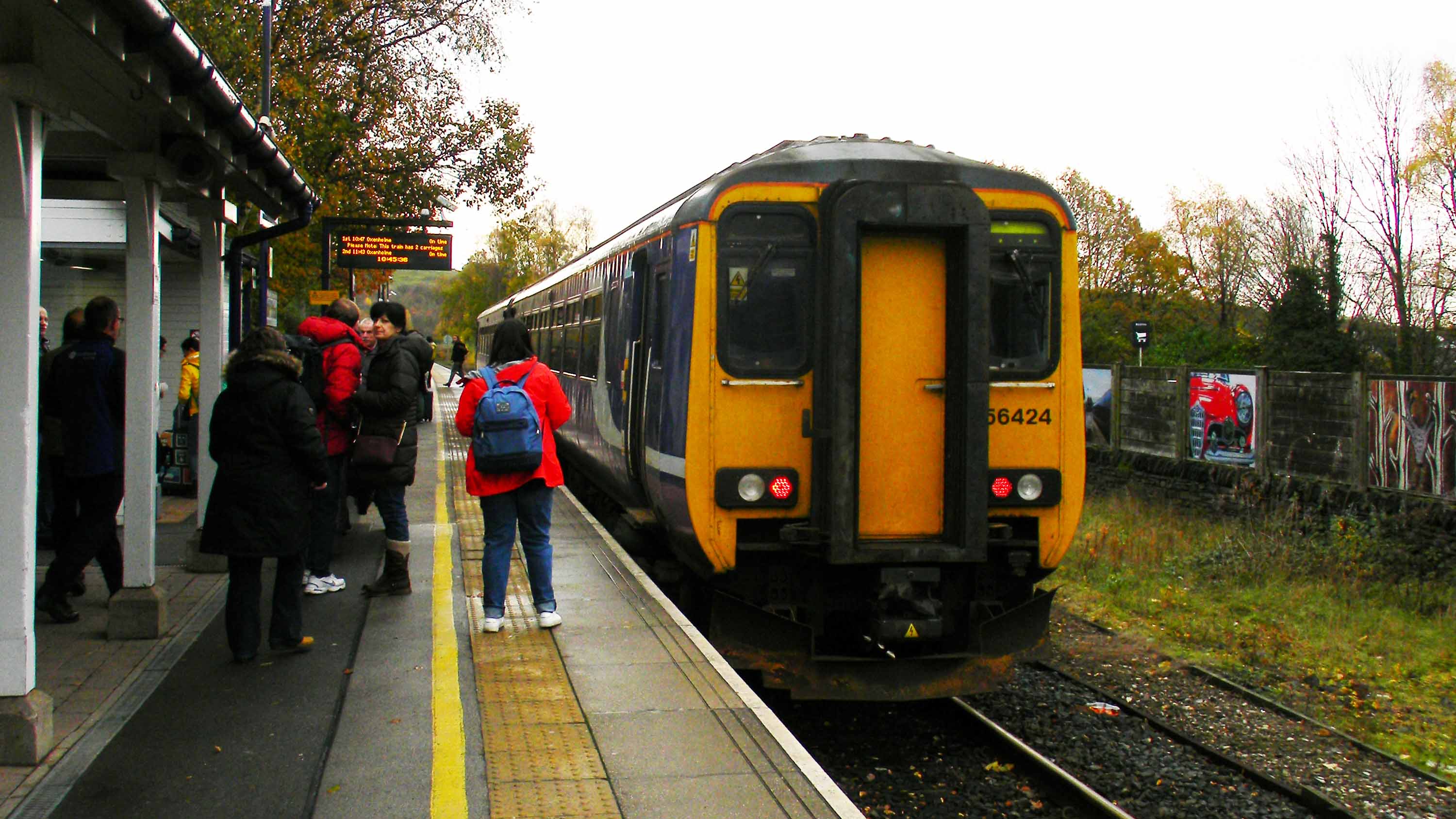 A Northern Rail Class 156 switches cabs at Windermere and prepares for the return trip along the Kendal & Windermere Railway towards Oxenholme. Leaflets and timetables for the area are available in French, German, Spanish and Chinese. Photo by Joe Rogers.

The city of Agra in India typically sees huge influxes of tourists visiting the world famous Taj Mahal. Up to 8 million people per year stand across the Yamuna River to see the iconic mausoleum of 1643, many of these being from outside of India. Agra has seven railway stations serving its different areas mainly through North Central Railways, with Agra Fort Station being located conveniently near its namesake and the photogenic Taj Mahal viewing areas. The station was opened in 1874 and like much of India's railway network runs on broad gauge rails. The line was electrified in the 1990s. 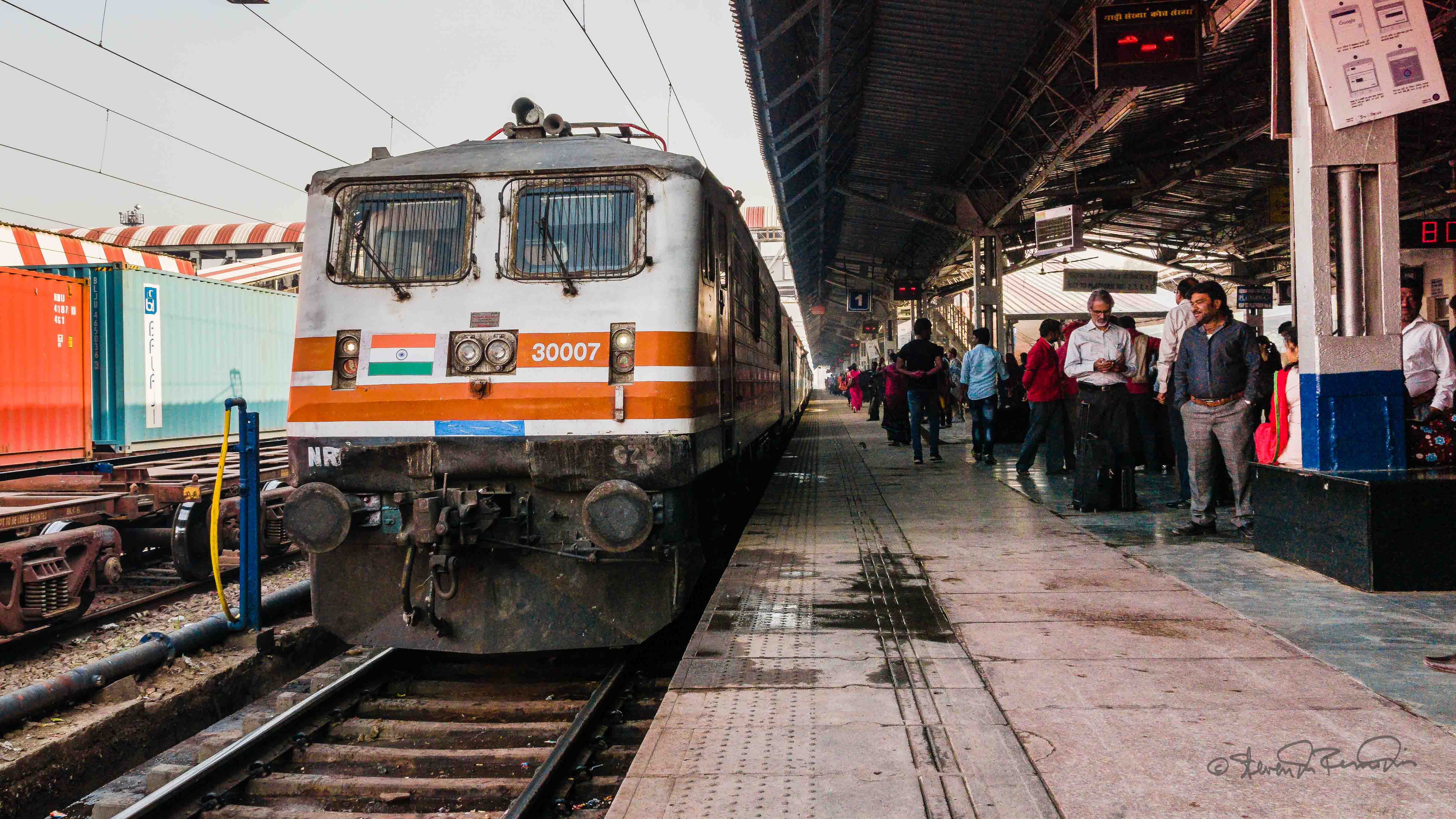 Indian locomotive Class WAP-5 No. 30007. This class of locomotive has reached speeds of up to 99 mph between Delhi and Agra. Photo by Steven dosRemedios. CC-BY 2.0

The Great Wall of China also receives plenty of visitors by rail via services from BeijingBei Station. Badaling Station was for many years the port of call for tourists taking the trip to see the vast monument dating back to the 7th century BC. Amazingly, though the Wall is over 12,000 miles long, it is the networked area around Badaling that gets the most attention from international tourism. In recognition of this, a new high-speed station was completed and opened in 2019 underneath the Great Wall - the deepest high-speed railway station in the world. This was constructed as part of the Beijing–Zhangjiakou intercity railway with driverless trains and line speeds of up to 160 mph. 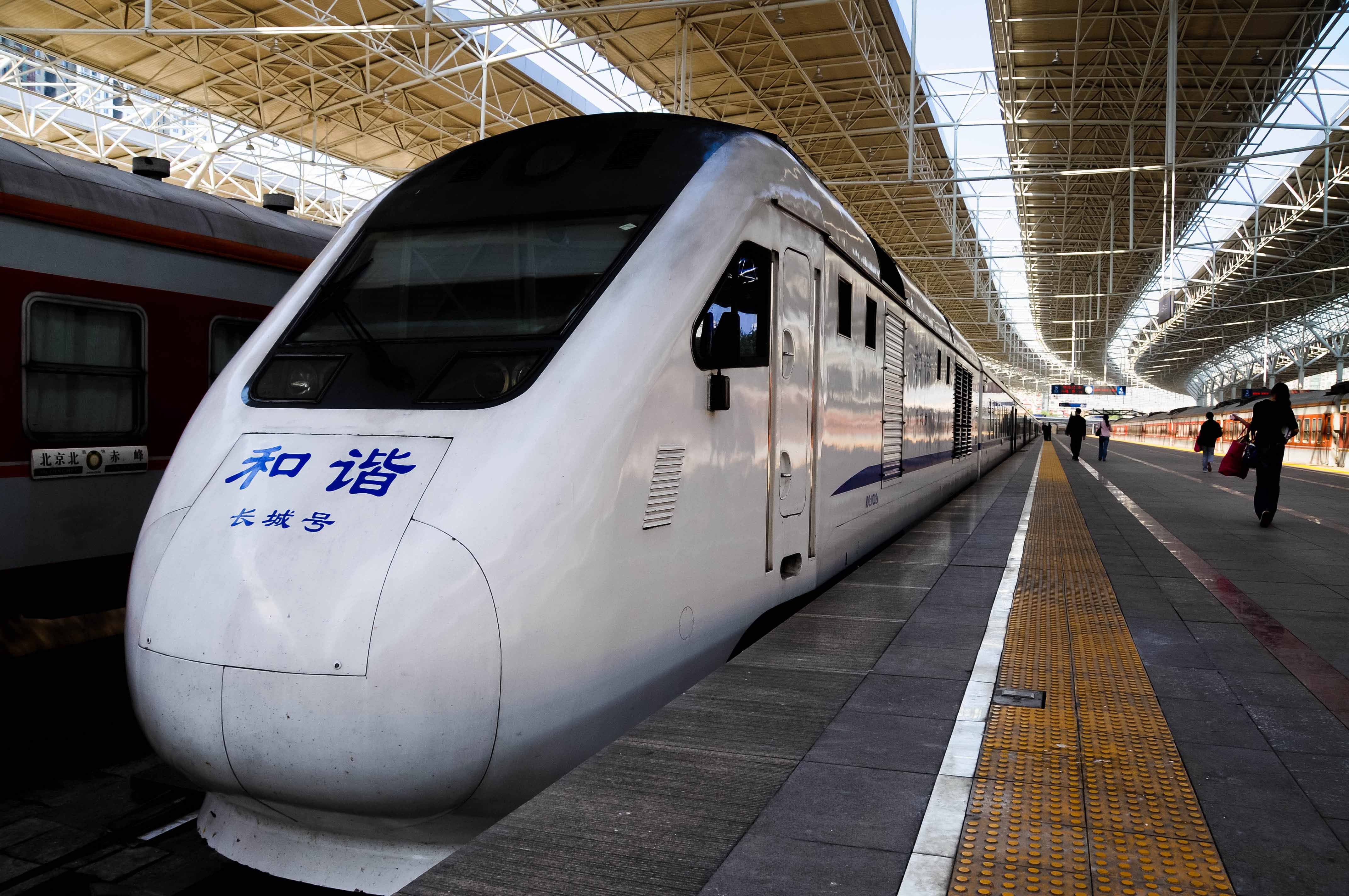