Beyond the Bullet: Japanese Railways

It's not unusual for railfans to stick to what they know. With extensive routes, locomotives, stations and vast histories in just one country, to complicate matters by learning about overseas railways and railroads can seem quite a challenge and this challenge gets even greater with a significant language barrier. The railways of Japan frequently come up in the global media when new speed records are broken by Bullet trains, popular animated characters feature at stations and cats are granted the rank of station master. But beyond this is a nation with railway history going back to 1872 and an attitude that promotes the speed and efficiency of mass public transport and discipline when keeping it to time.

The rail network and railfan scene is equally as diverse, historic and passionate as those in the UK, USA and Europe and even within moderate distance of a major city, visiting railfans can get a taste for what lies throughout the country, beyond that of the well-known Shinkansen services.

Transport photographer Alan Land visited Japan at the end of 2019 and managed to capture an excellent array of train services in and around the capital of Tokyo. We take a look through some of them to show that there is much to appreciate beyond the Bullet Train.

All photographs by Alan Land, unless otherwise stated.

Tokyo Station is a good place to start when looking to appreciate the wide variety of trains that run throughout Japan. After all, services here travel the breadth and length of the nation as well as serving the expanse of suburbs and neighbouring cities that lie just outside of Tokyo city centre. 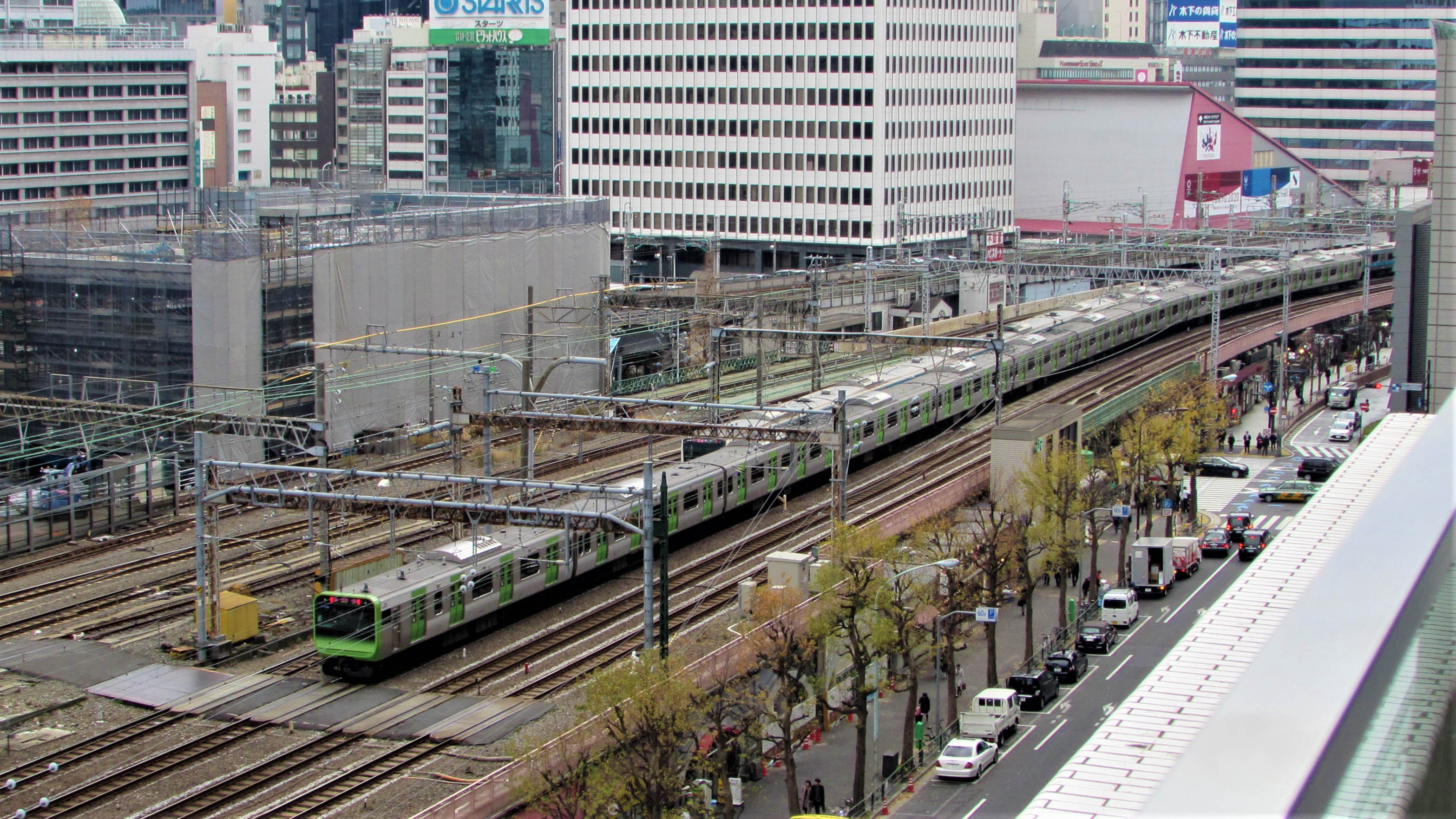 An E235 series departs Tokyo Station. The Yamanote Line, on which it runs, connects a number of Tokyo's major stations. 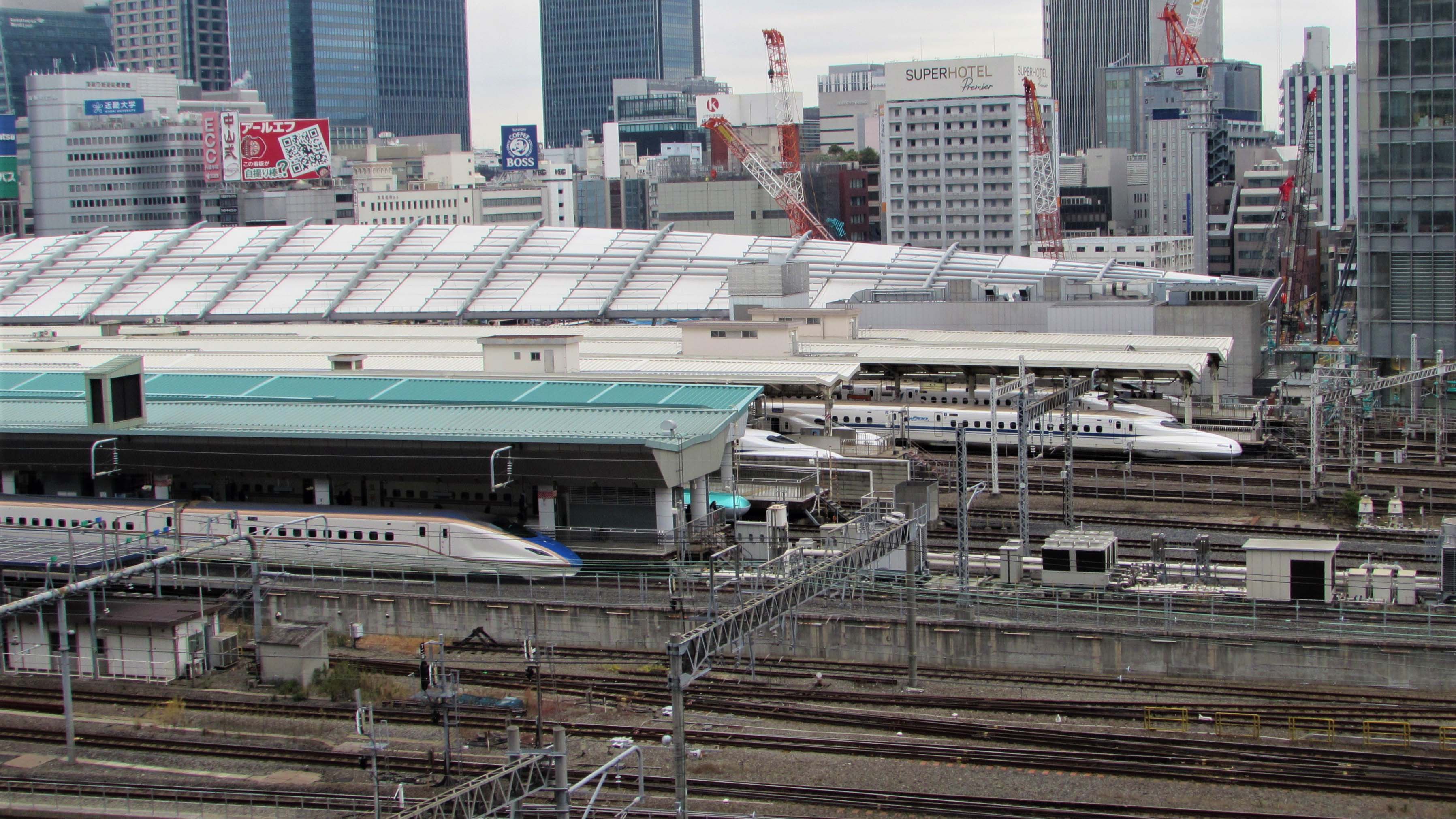 Naturally, Tokyo Station is also where the Shinkansen services can be seen passing through on their long distance journeys. In this shot, both W7 (foreground) and N700 (background) models can be seen in platform.

Venturing outwards from the centre of the capital results in seeing a number of different multiple units, serving many different lines, with varying liveries. 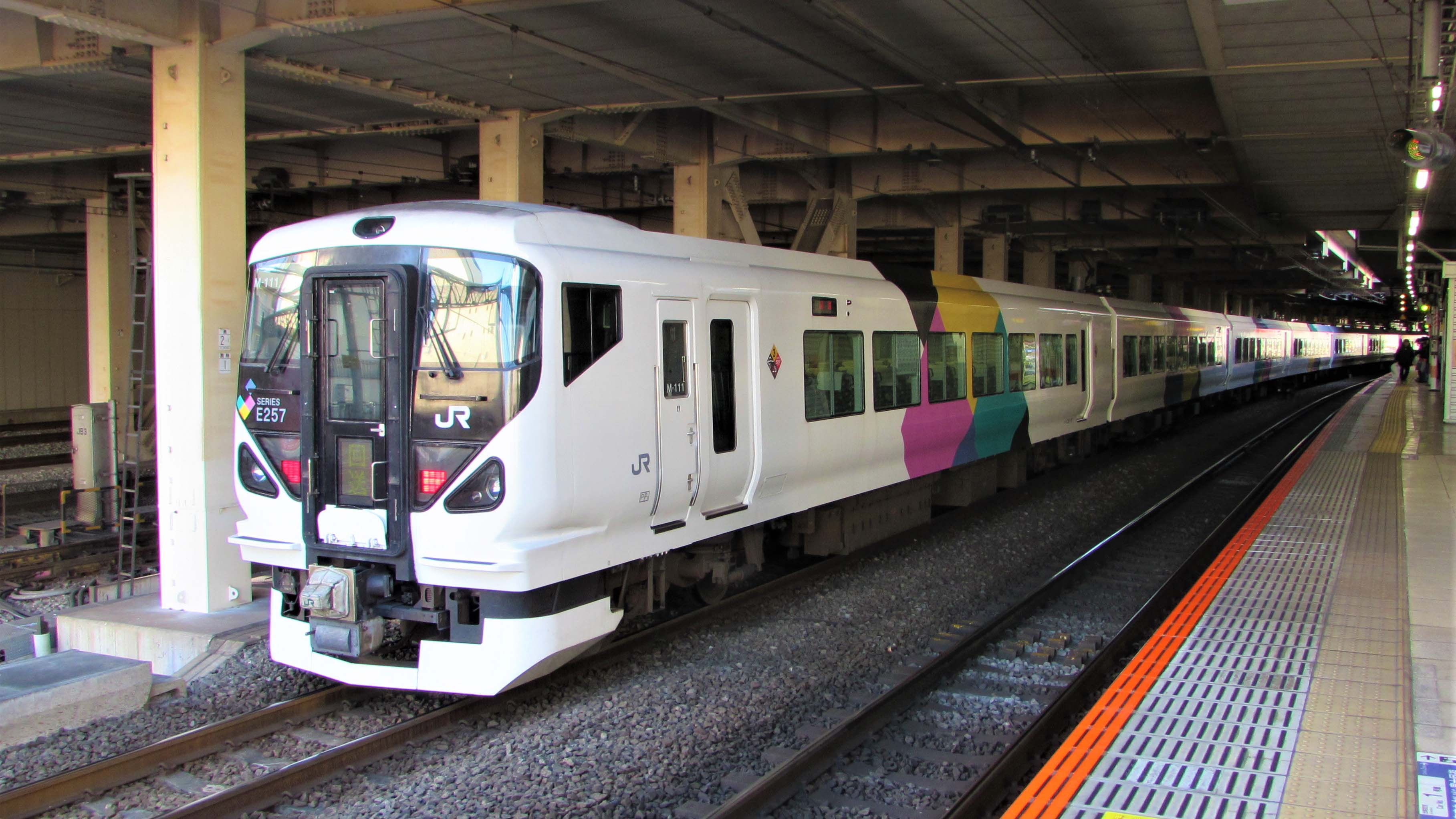 Tachikawa train services are run by East Japan Railway Company (or JR East). This set is formed from an E257 series EMU in a rather smart multi-colored livery. 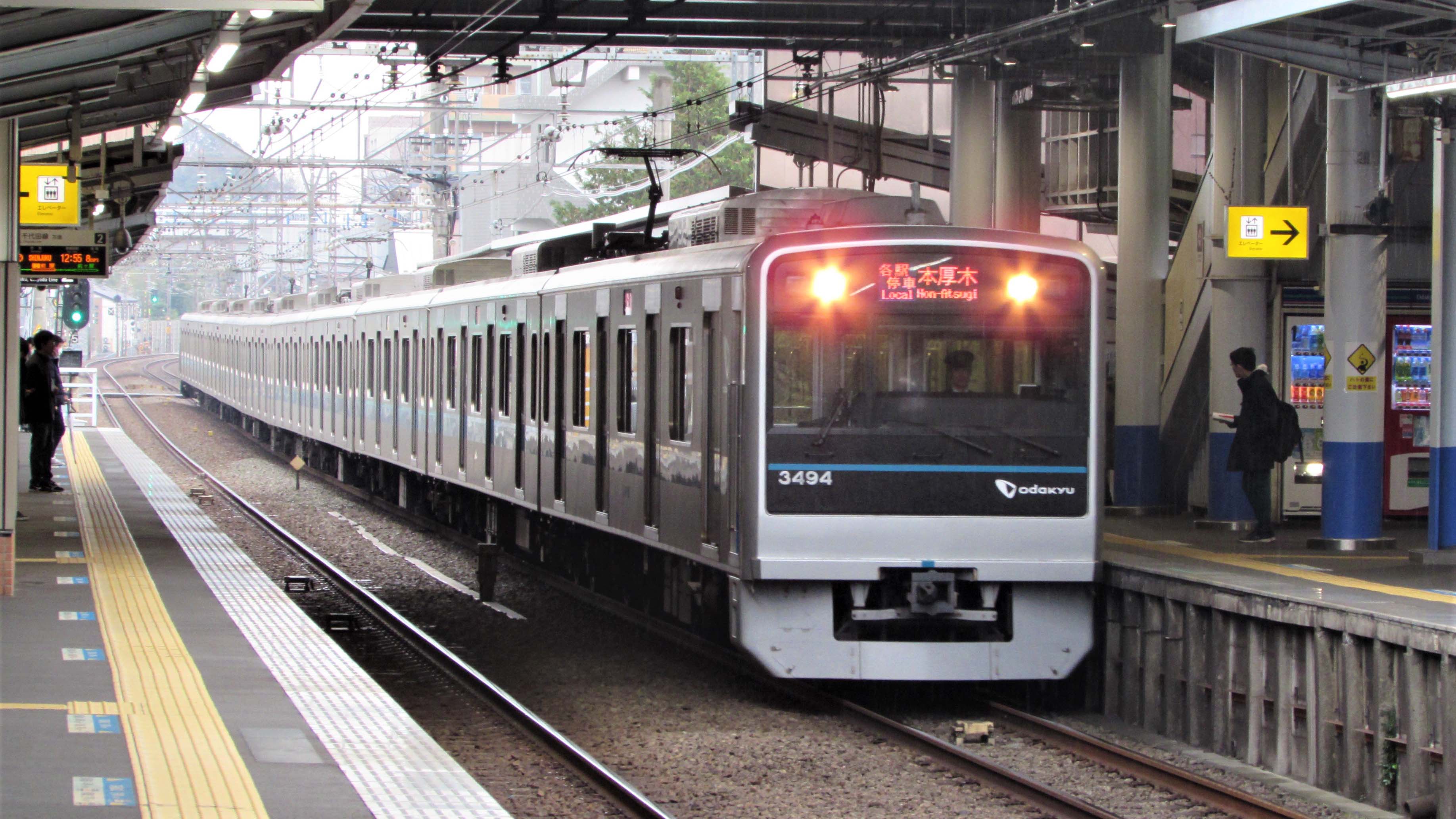 Seijo, situated north of Kawasaki, is on the west side of Tokyo. The Odakyu Electric Railway serves the town with these Odakyu 3000 series trains. 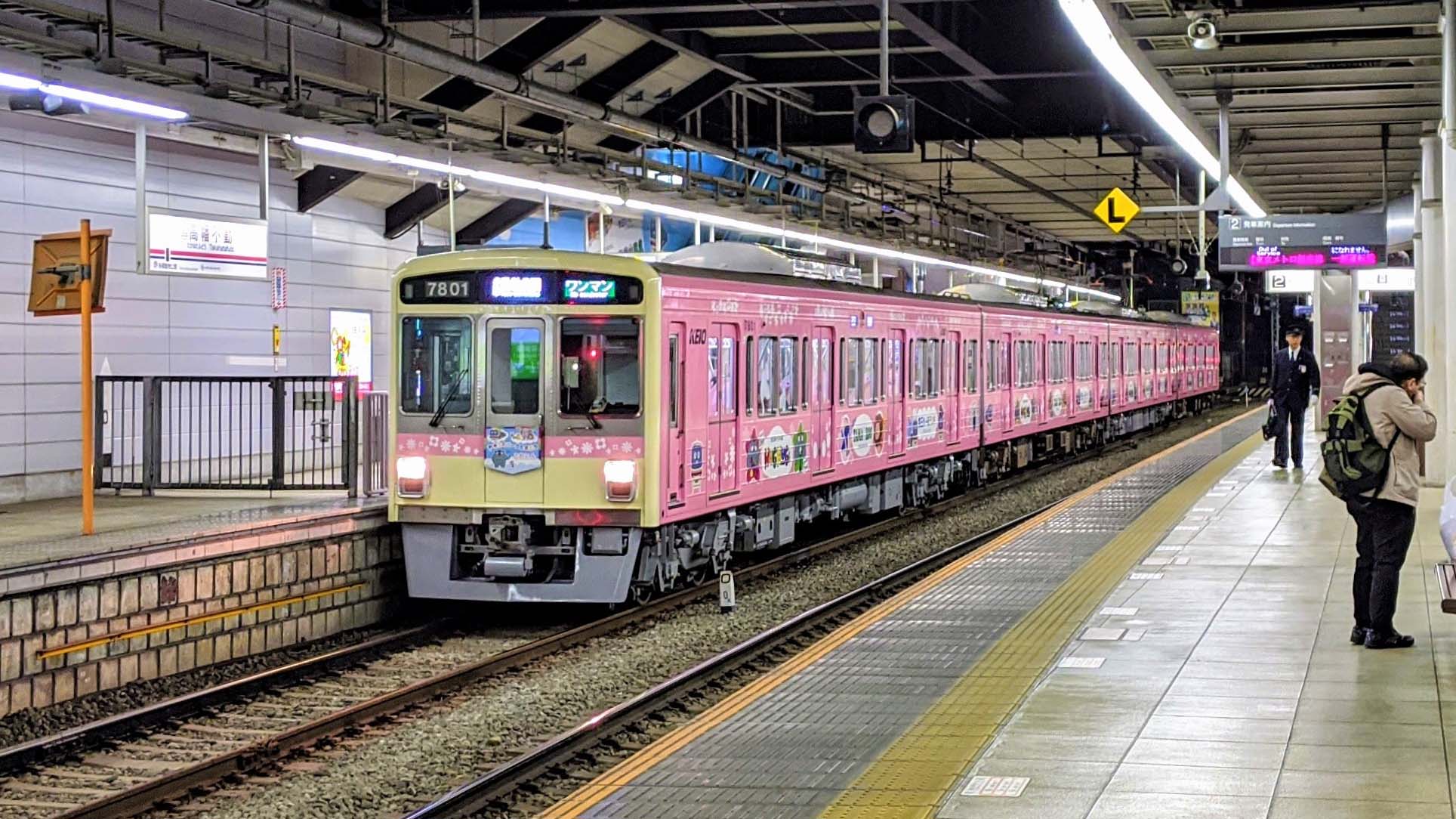 Takahatafudō Station here hosts a Keio 7000 series (above) with a bright pink livery dedicated to the nearby Tama Zoo. The Keio Line uses these and the 8000 series (below) which also has pink running along its length, albeit in a more subtle style. 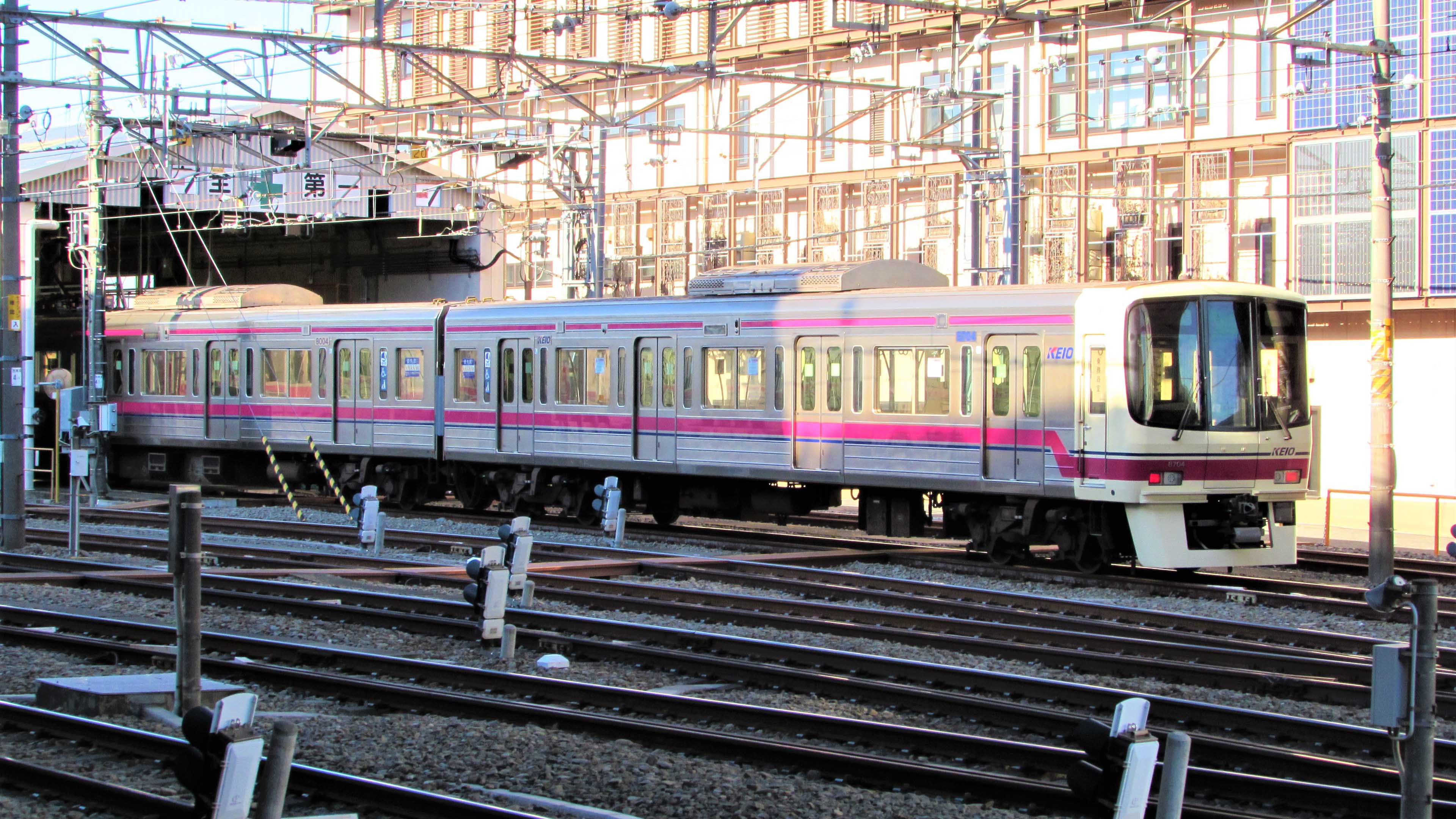 Of course, Japan is known throughout the world for its ability to progress with innovative and sometimes unusual technologies in many areas of life, and transport is no different. The country has been one of the more prolific users of monorail systems which glide across elevated rail using magnets. 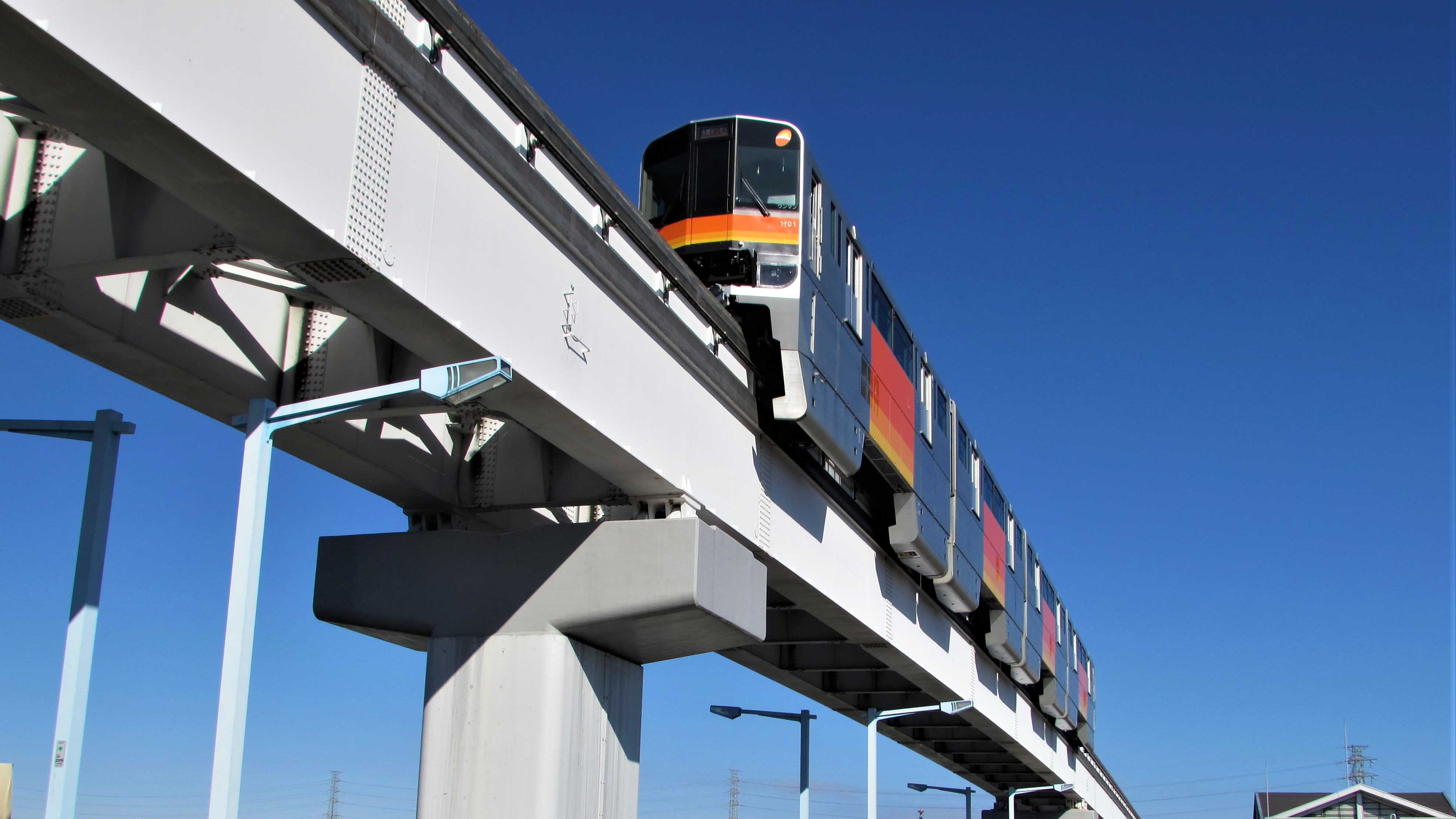 A Tama Toshi Monorail 1000 series train travels overhead between Manganji and Takahatafudo (above). The monorail was built at the turn of the millennium and proved an expensive way of connecting this area of Tokyo. The route can offer photos with the stunning backdrop of Mt. Fuji, Japan's highest mountain (below). 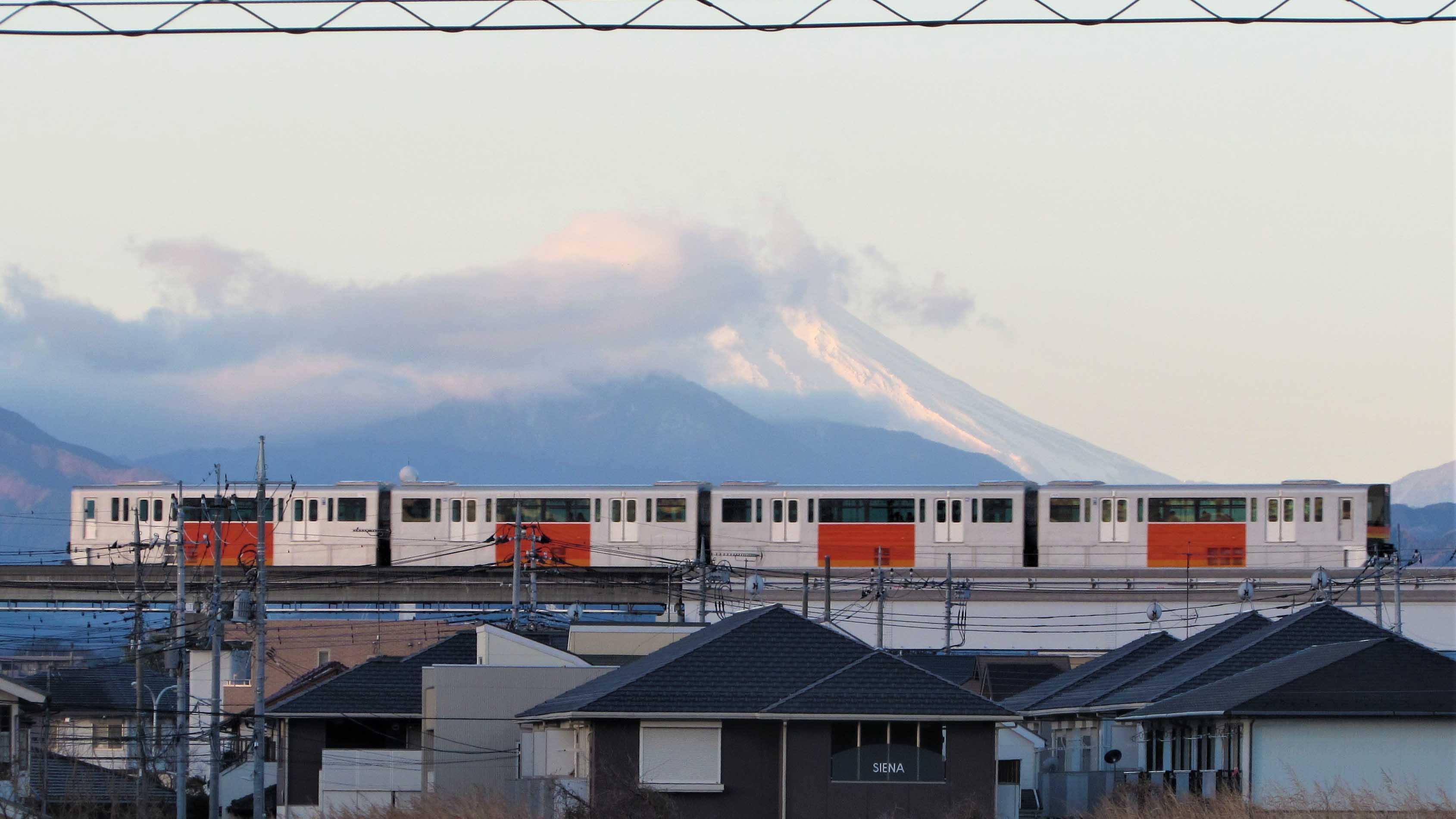 Freight services also travel in and around the capital and can be seen on a number of journeys by passengers. Many of the locomotives used for freight don't have far to travel once built, as many are made at the Toshiba factory in nearby Fuchu. 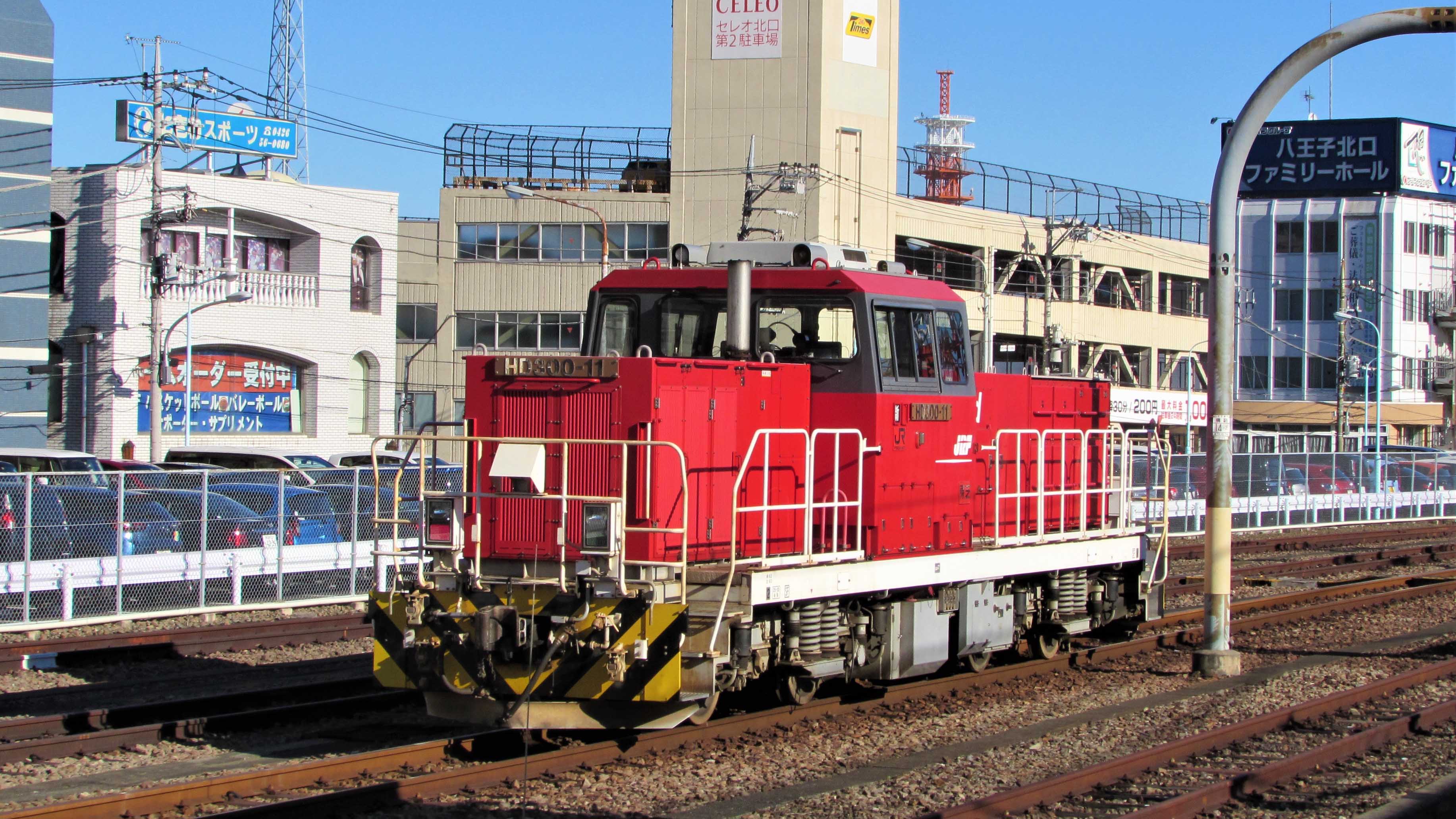 At Hachioji, on the western fringes of Tokyo, a large interchange sees freight and passenger services mingle with one another. This Class HD300 locomotive (above) is a relative newcomer, having entered service in 2010. The twin unit Class EH200 (below) is a decade older and is often seeing hauling tankers. 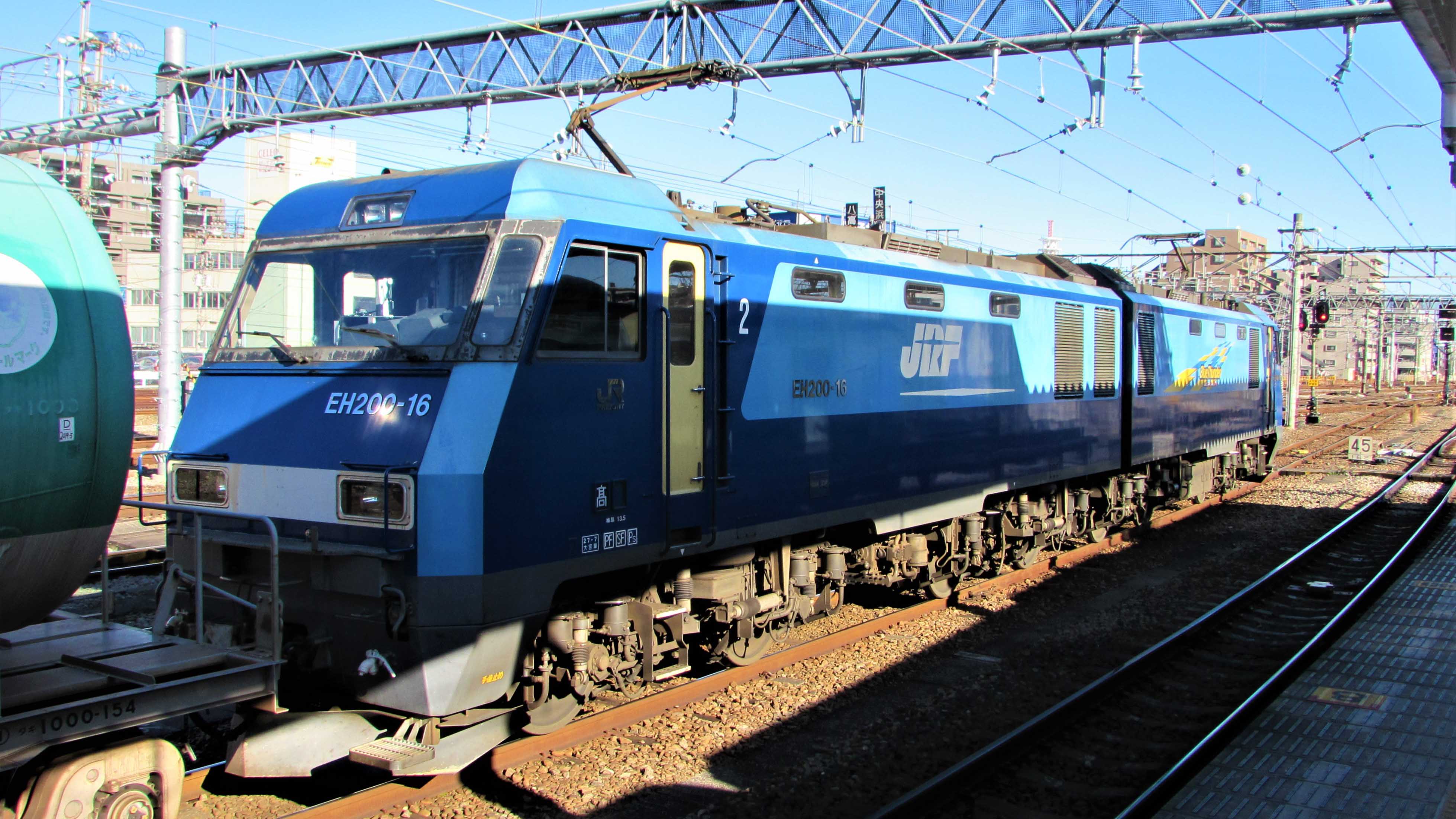 To enjoy some of these trains and units in action, take a look at our other recent feature on Japanese railways: Train Healing.