Track gauge; the width between load-bearing rails, arguably defines any given railway. Though it is largely standardized in many parts of the world, variations in gauge see all sorts of different railways running separately to one another and represent changes in requirements for routes across all sorts of settings. Gauge is also crucial in the modeling world and one of the most important decisions a modeler will make is choosing which scale to model in, which determines what gauge of track will be used. Below we take a simple look at some of the most popular gauges, from the smallest model railways, up to the largest 'real' railways in the world.

It is important to note that gauge and scale are totally separate things. Gauge (as defined above) is relevant to all railways, model or not, whereas scale ratio represents the proportion that a model item is of the original. In railway terms, the full-scale gauge of track recreated by a certain modeling scale is referred to as the 'prototype'. 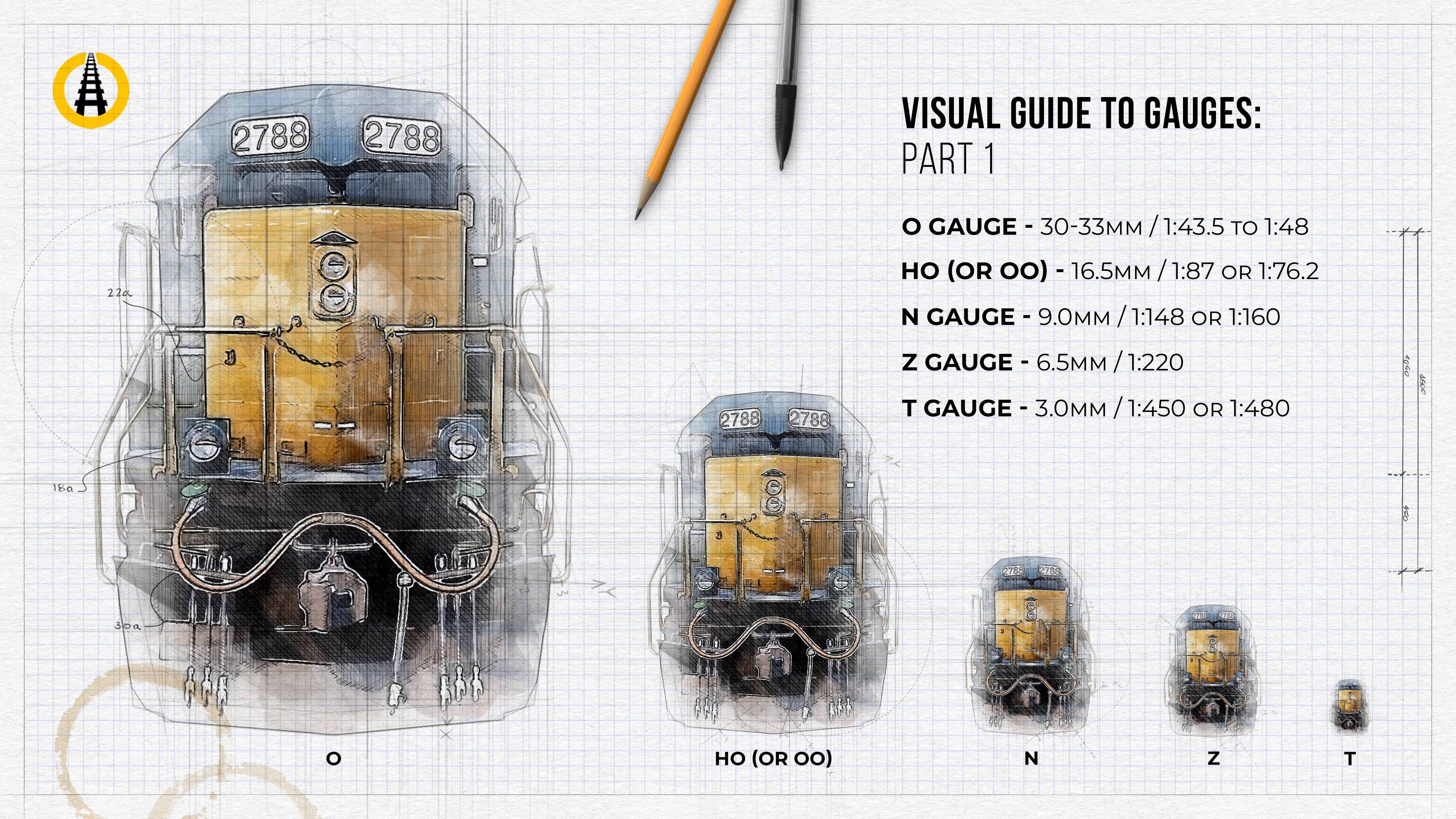 When comparing the size of the minuscule T Gauge to one of the world's Broad Gauge Locomotives, the latter is over 550 times the size of the former! It is with this in mind that the visual guides have been split into three parts - smaller gauges would have been too small to see in comparison!