Strange locomotives from the Internet Archive

The internet is a fantastic tool for sharing and highlighting history to a wide, global audience and the world of railways in particular sees much coverage online to both a railfan and non-railfan audience. Archives are incredibly important in assuring that new and younger railfans appreciate the vast history of railways and railroads and it is commendable when such resources become freely available on the internet through libraries and museums often in collaboration with photographers, publishers and digitization bodies.

Within the Internet Archive is a collection of railway and railroad publications offered through the Carnegie Library of Pittsburgh courtesy of Digitizing Sponsor, the Lyrasis Members and Sloan Foundation. Other such collections available through the Internet Archive service come from the Smithsonian Libraries and archives in Australia. With many of these images well over 100 years old, they are more than likely in the public domain and those offered through Flickr's Commons service state that they have "no known copyright restrictions".

With that in mind, We Are Railfans decided to pick out some of weirdest and most wonderful locomotives depicted in these images.

All images, unless otherwise stated, come courtesy of the Internet Archive on Flickr Commons, with the Carnegie Library of Pittsburgh as the contributing library and Lyrasis Members and Sloan Foundation as the Digitizing Sponsor.

Steam Railcars are still known quite widely by railfans in places like the UK where some remain in service on heritage lines like the South Devon Railway. But these often have an appearance similar to more conventional Diesel / Electric Multiple Units (DMUs / EMUs) whereas this example from the London & South Western Railway, depicted in 'Railway & Locomotive Engineering' c.1903, has a clearer resemblance to a steam engine, with a visible chimney and cab.

In Switzerland, steam quickly fell to the extensive use of electric railways but that didn't mean the earlier form of traction was left underdeveloped. Locomotives like this modified Zoelly Turbine experiment, depicted in 1924, resulted in the addition of components we would now consider highly unusual. Condensers are seen either side of the boiler and a draught fan is housed inside the streamline nose design. 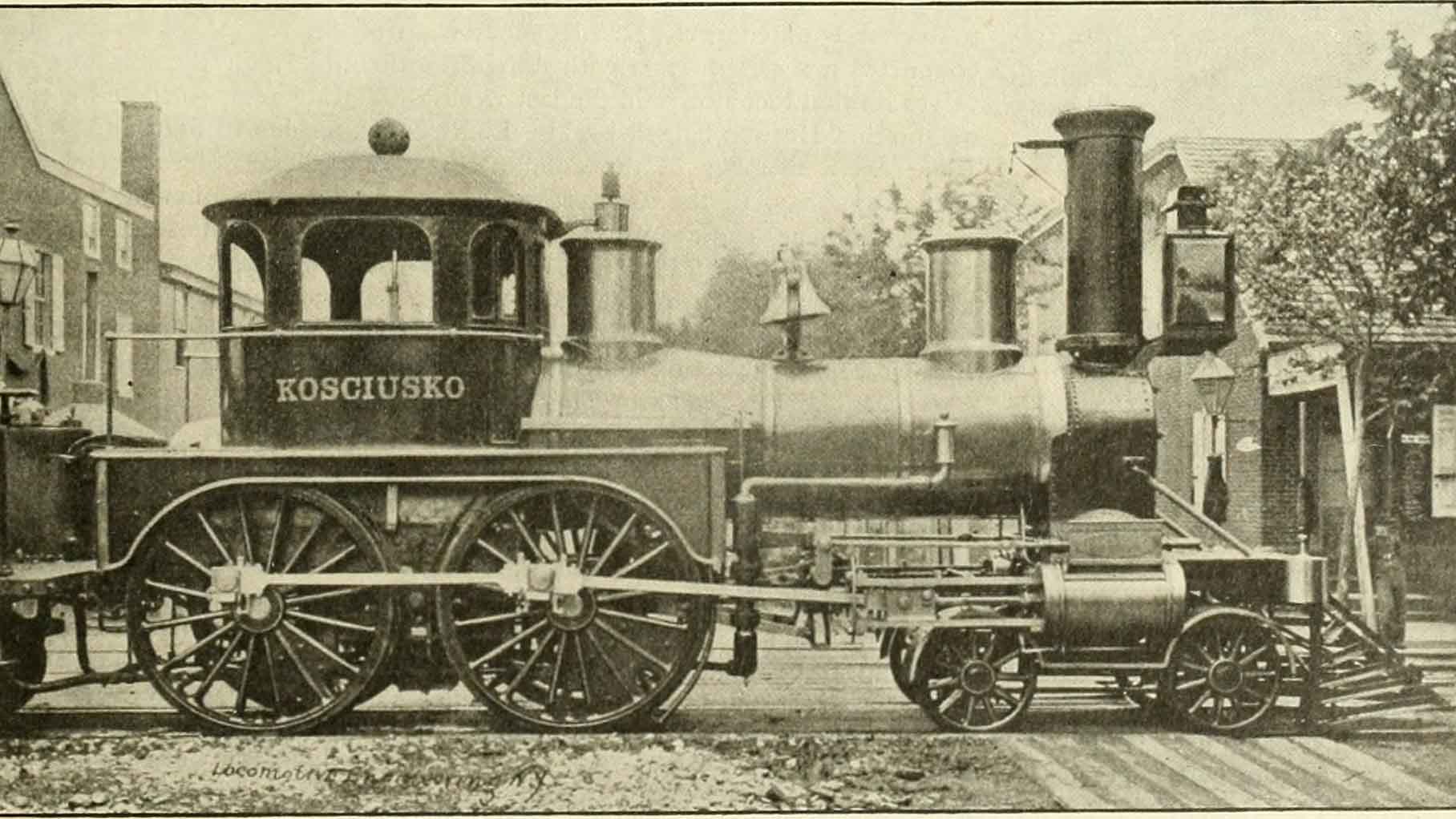 This otherwise standard-looking 4-4-0 locomotive has an elaborate cab design. 'Kosciusko' was one of James MillHolland's products and others had similarly-styled cabs and footplates. Millholland was a railroad pioneer in 19th century America. This image is from 1896. 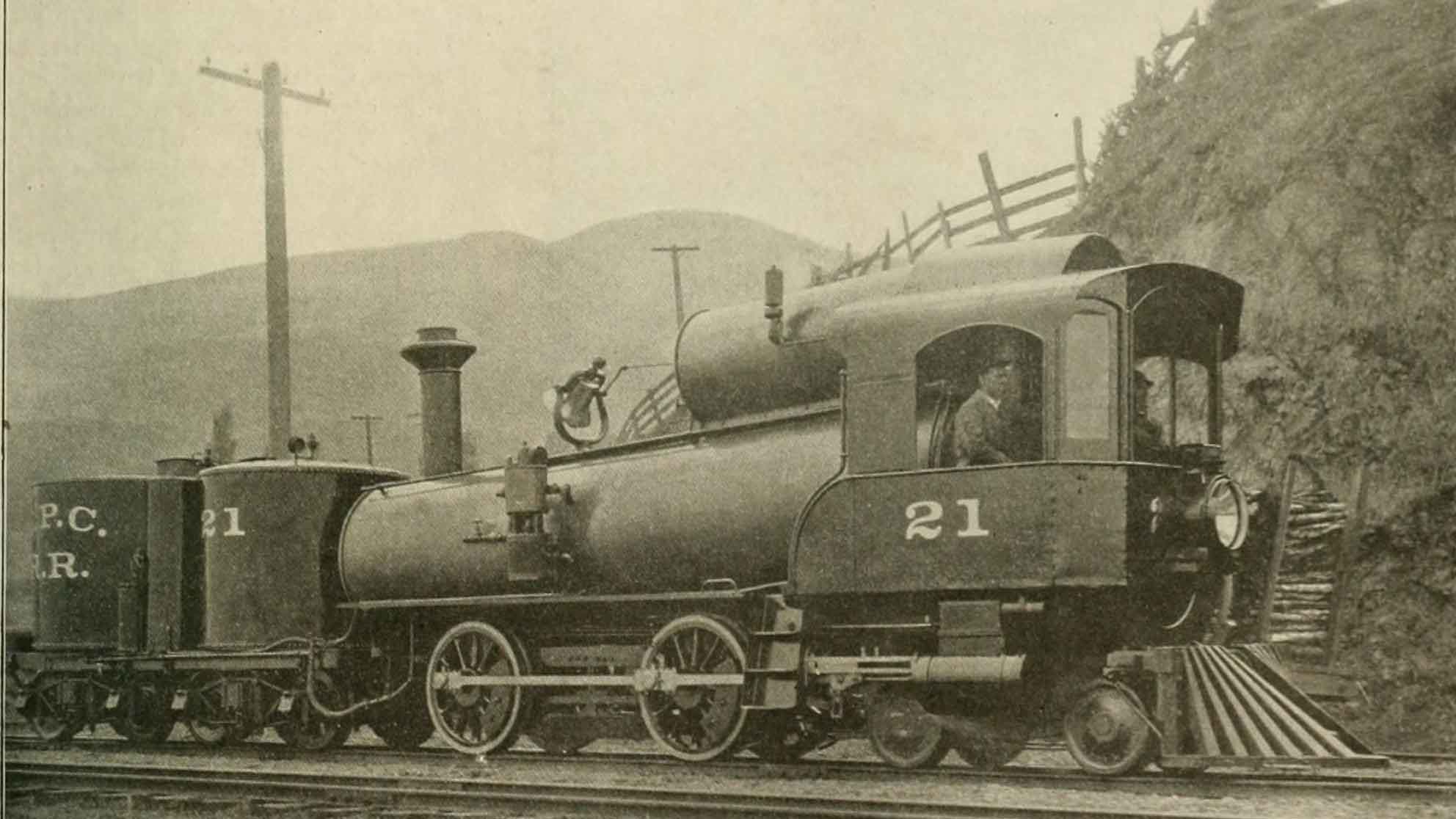 Oil burning locomotives were not uncommon in the USA and were also used elsewhere, including the UK, during various periods in time. Tenders for these locomotives looked more like tank wagons as they contained oil rather than coal or water and this is the case here with this Thomas & Stetson locomotive seen in 1902. As with other oil-fired locomotives this one is seen running 'cab forward'.

Alternative fuels were also seen in experiments in Europe and this German 4-6-0 locomotive used pulverized lignite (a low grade coal) stored in the oversized tender. Results were reported satisfactory in 1928, by which time such experiments were deemed to have failed in the USA. 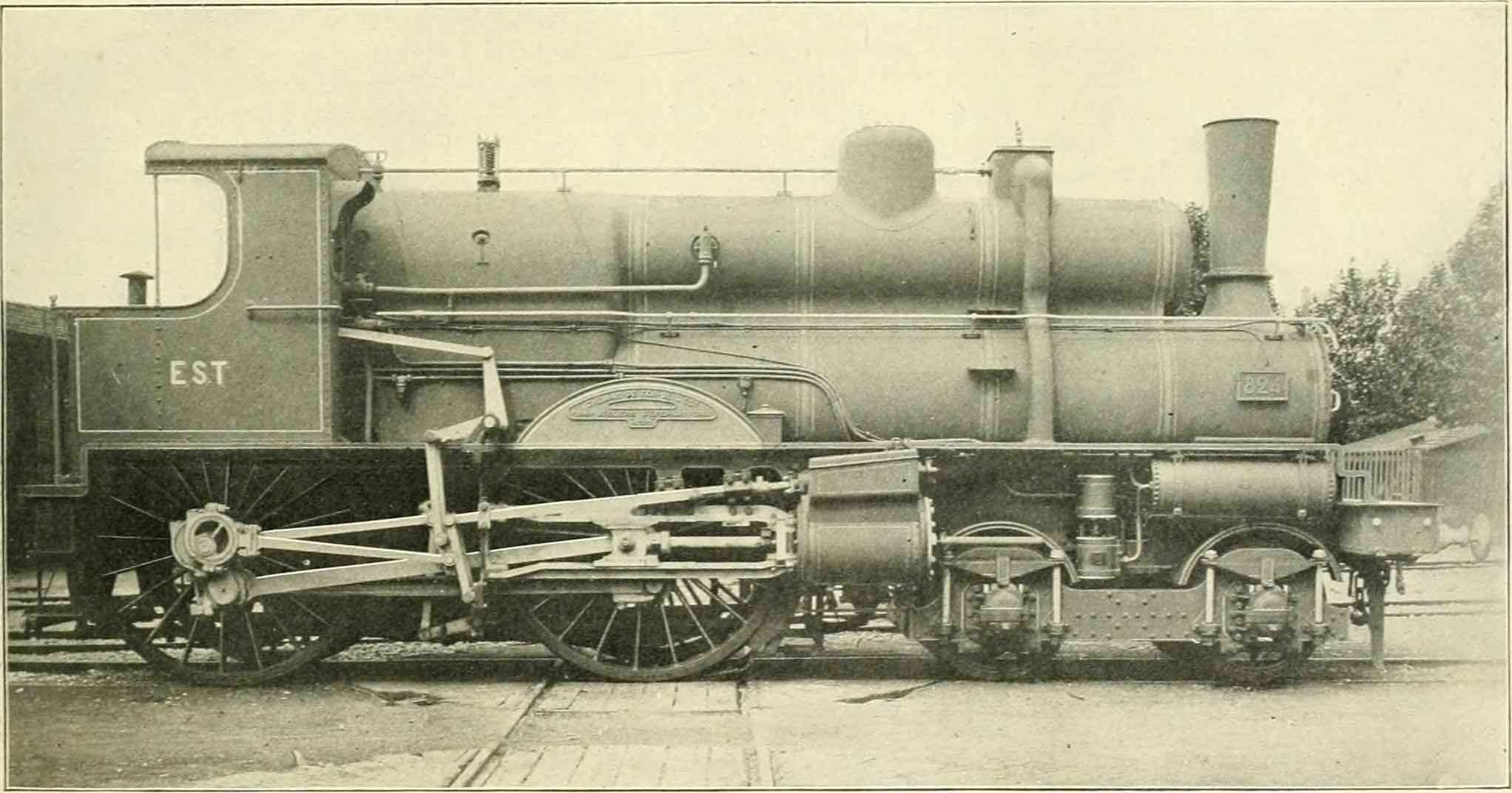 Earlier in Europe the double-barrel boiler was in use on the Eastern Railway of France. This 4-4-0 is shown with the top half halting short of the chimney in 1900.

You would be forgiven for mistaking the appearance of this cab to be that of a British signalbox, with its oblong shape and numerous windows. But in fact this arrangement was seen on a number of American 'Camelback' locomotives which accommodated the cab atop or at the centre of the boiler. The mid-1800s marked the first appearance of these strange units, which themselves came in a variety of styles.

In the examples above and below two cabs appear to be in place - one in the middle of the boiler and one near the tender. These were in fact the positions for the engineer and fireman who were separated. The large firebox was unable to accommodate a conventional cab. Communication between engineer and fireman was difficult and other dangers presented by these locomotives saw them eventually withdrawn.