Return of the Class 800s

After some of its toughest weeks in recent years, the British rail industry bounced back with the gradual reintroduction of its Class 800/801/802 train sets following concerns over cracks found on some units. Whilst thorough inspections were taking place to investigate the cracks, reportedly on an aluminium block near the jacking points, services across the nation were cancelled, altered, supplemented and swapped. For the passengers on the platform this was a major inconvenience, but with a massive, combined effort from a number of organisations within the railway family, gradual reintroduction of the Class 800 variants was approved and competing railway operators came together to ensure that the effect on commuters, holiday makers and of course railfans was kept to as little as possible.

But what's the story of the Class 800 so far? Who runs them and what's the difference between variants? Below we give a brief overview with photographs of services that have run in recent months.

The Class 800 and its variants stem from the Hitachi A train series that have seen widespread use throughout Japan, Taiwan and Korea. For the UK, the AT300 was designed and built to modernise high speed train services, firstly with the introduction of High Speed 1 (using Class 395 units) and then by Class 800, 801 & 802 units for use between London and the West Country and on the East Coast Main Line between London and Scotland.

For decades both the InterCity 125 and 225 sets had dominated these routes (with Class 43 and 91 locomotives respectively) but from 2017, GWR's IET Class 800 began to join them, beginning the phase out of the popular but ageing diesel units. With only the eastern part of the Paddington to Cornwall route electrified, the Class 800 was designed as a 'bi-mode' train meaning that it could run independently on diesel or via overhead lines to suit. The Class 801, used by LNER from 2019 for their Azuma services (replacing the Class 91), are electric only and as time progresses and more line is electrified across the country, it is assumed that Class 800 units will be converted to 801s, removing the diesel power. Class 802 sets were later introduced by GWR from 2018 and these were given higher power outputs and fuel capacity than the 800s to deal with extended diesel running through the undulating landscape south of Exeter.

With vastly different interiors to the old Mark 3 carriages and a generally sleeker, modern look, the Class 800 family were a popular addition to both the GWR and LNER fleets and a number have been named and celebrated since their introduction. More recently, other operators have also ordered and began services using these units, including Hull Trains and TransPennine Express, with Avanti West Coast and East Midlands Railway looking to take advantage of newer variants (Class 805, 807 & 810 sets) between now and 2022. With such widespread use across the UK, it has been hugely important to guarantee their success, reliability and popularity which is why Hitachi, the ORR and Train Operating Companies (TOCs) took measured and responsible action with their recent findings. With many sets now back in action and more thorough inspections scheduled, the future of the Class 800s looks decidedly more secure. 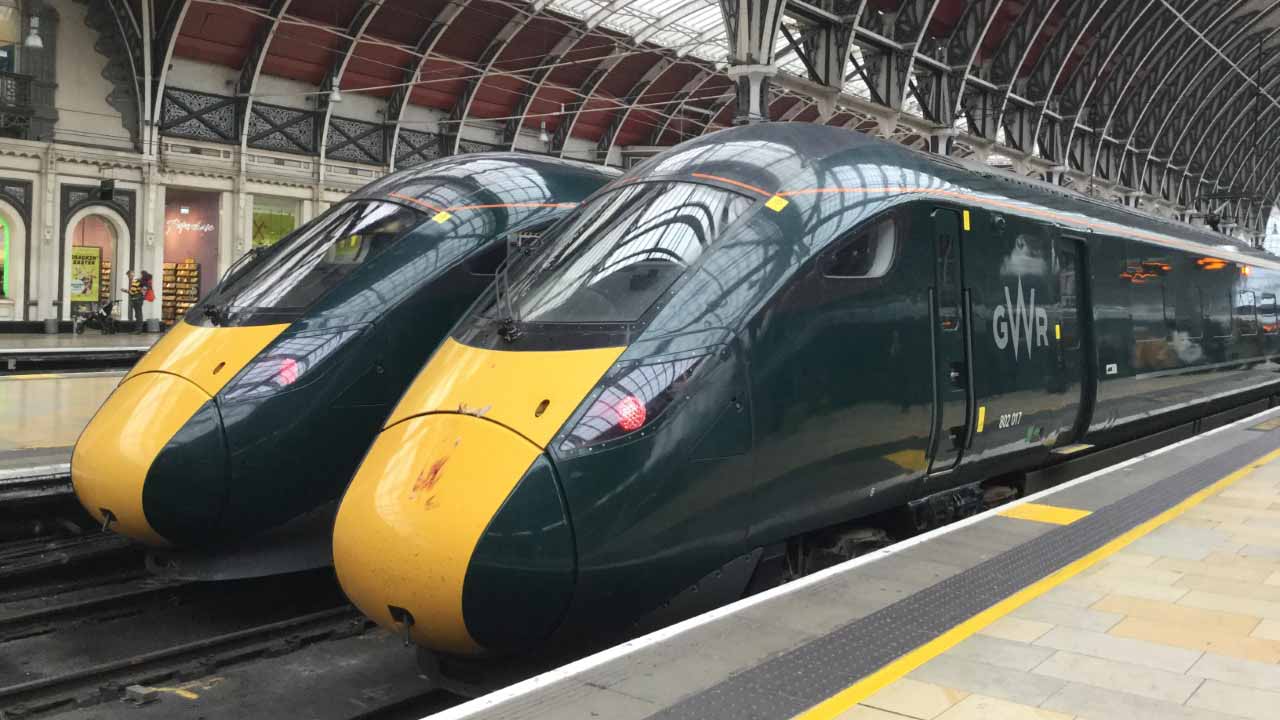 Two GWR IET's sit waiting for departure at London Paddington with 802017 bringing up the rear of one set (right). This set also seems to have had an unfortunate encounter on the way up from the West Country. 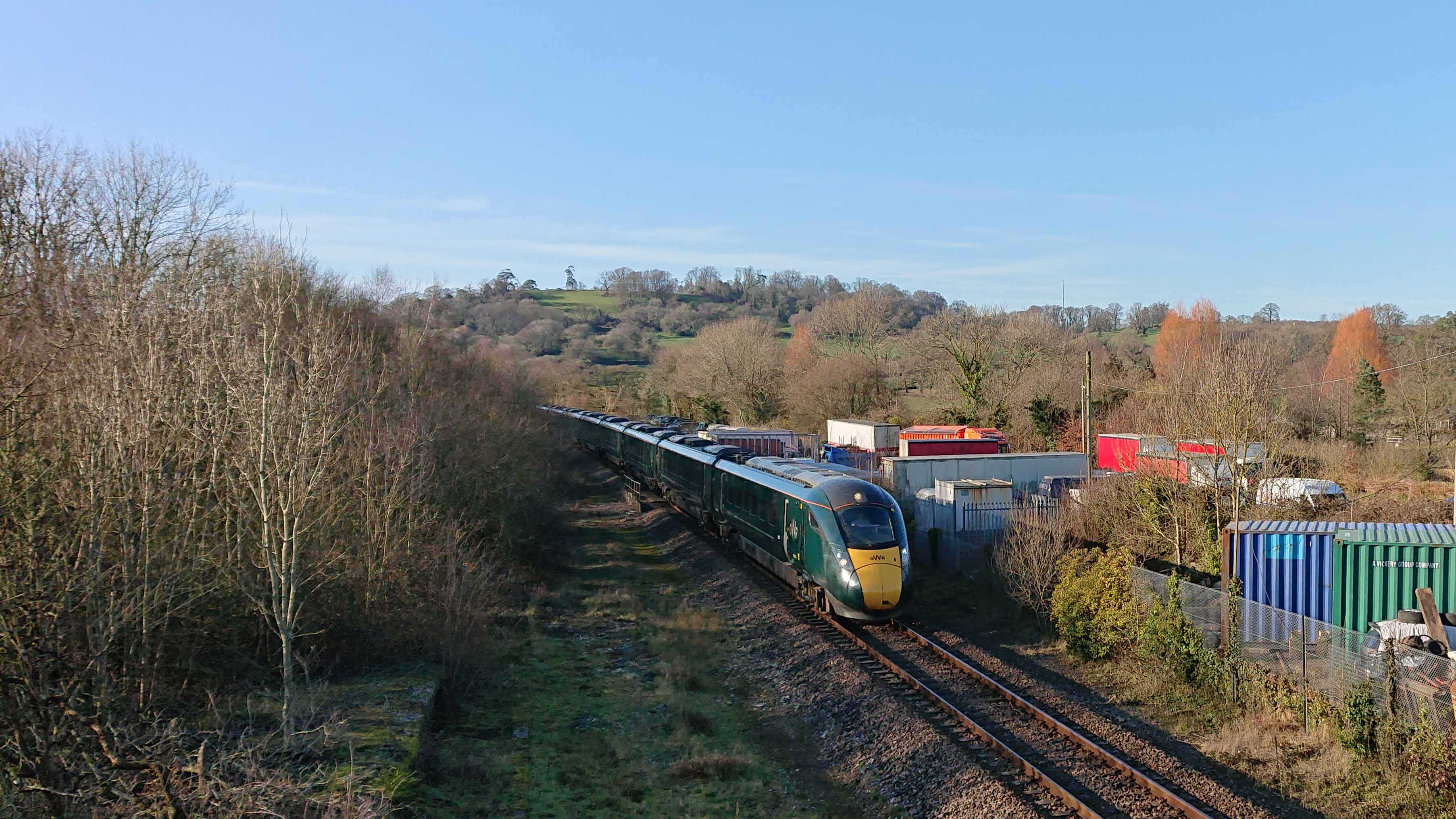 On occasion, diversions can see the Class 800 family run through lines they're unfamiliar with. The versatility of the 800/802 is that it can run without the need for overhead power, unlike the 801. This service was able to head via Honiton and Castle Cary to London Paddington, missing out Exeter St Davids during disposal of a WWII bomb in the city centre. Neither route to Exeter is fully electrified. 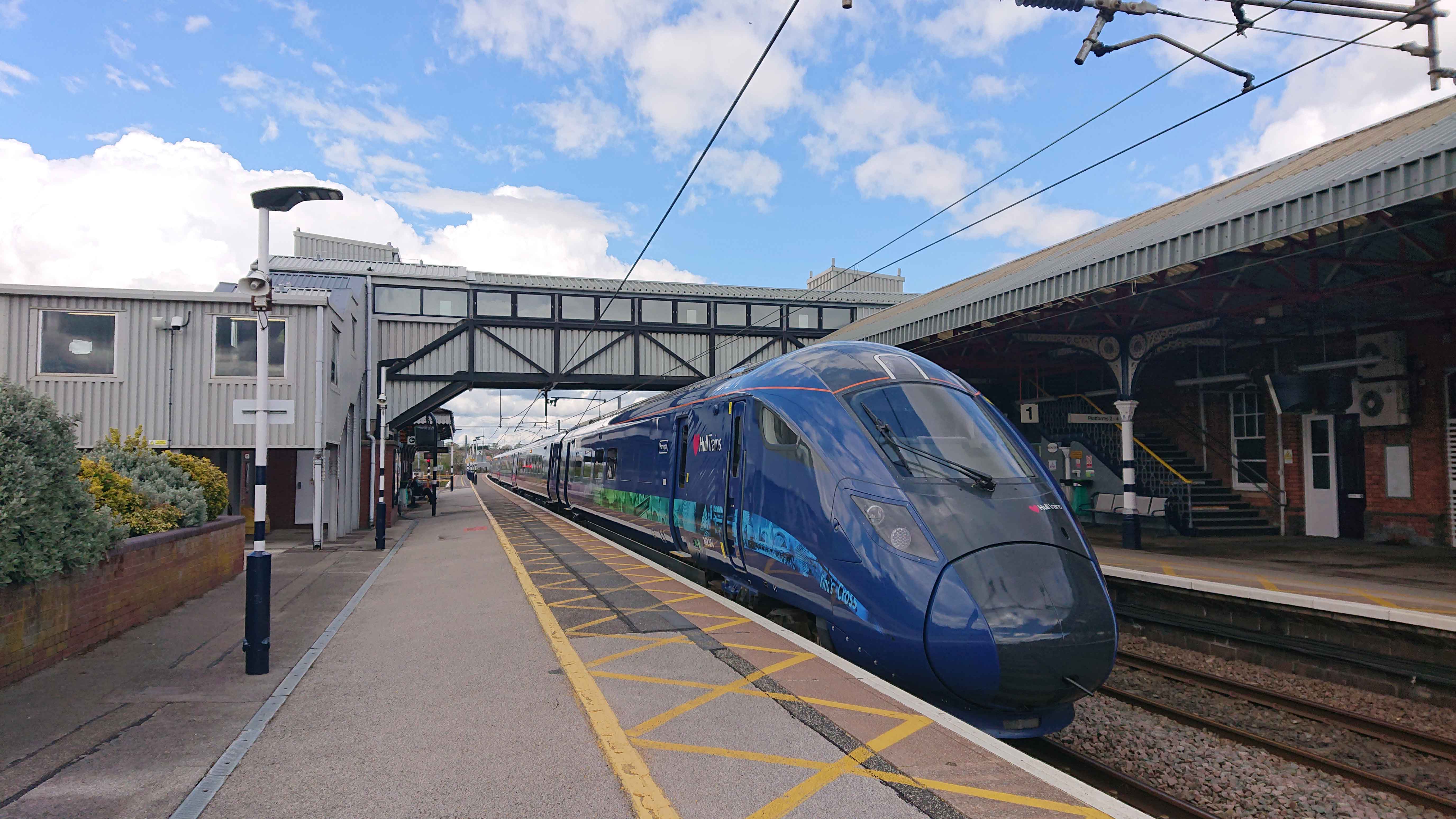 Grantham Station on the East Coast Main Line sits not far from where 'Mallard' broke the world speed record for a steam locomotive in 1938 and appropriately this route continues to operate high speed trains. This electrified route sees Class 800, 801 and 802 variants courtesy of Hull Trains (above) and LNER (below). TransPennine Express Class 802s have also been seen testing through here. 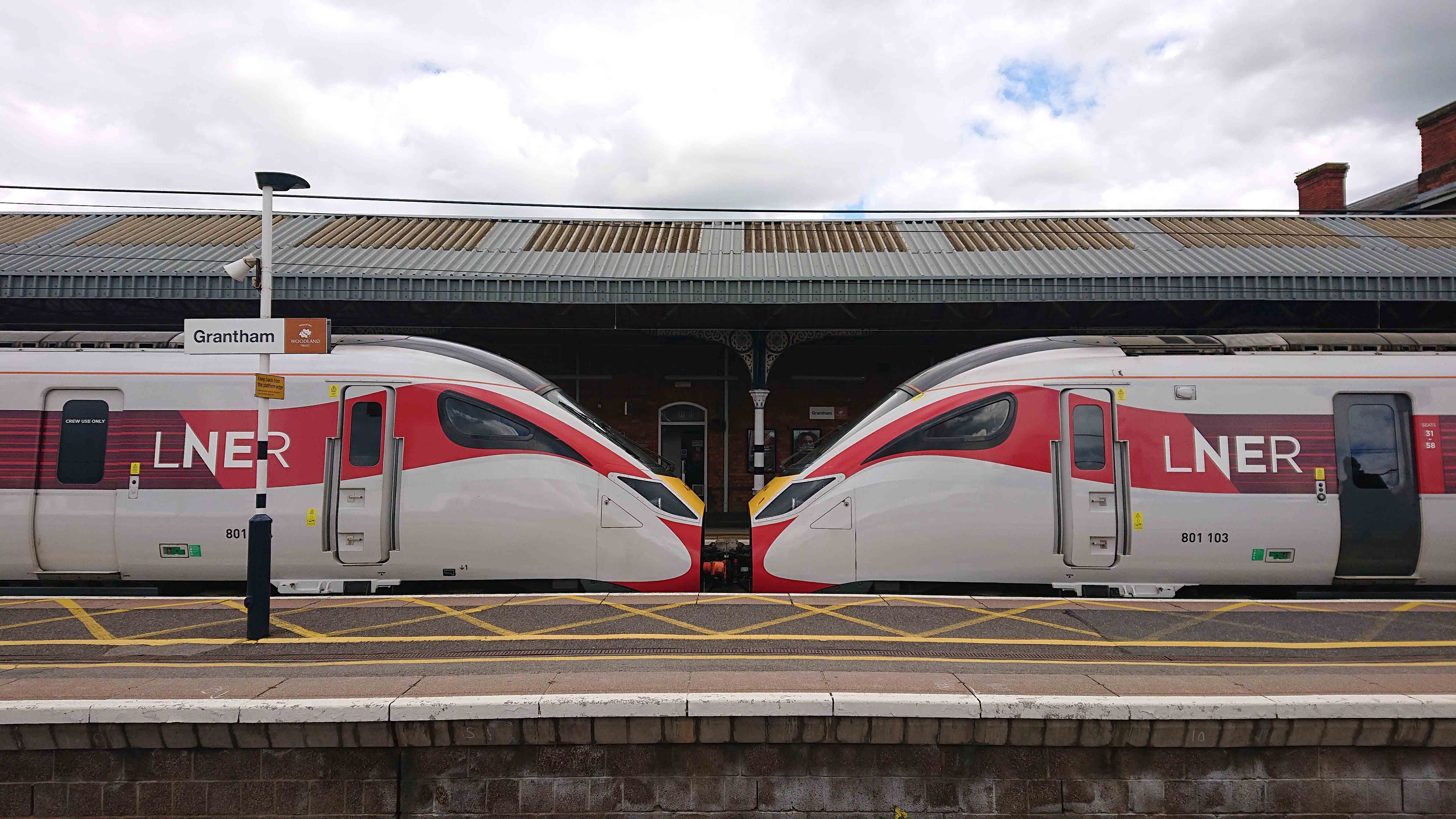 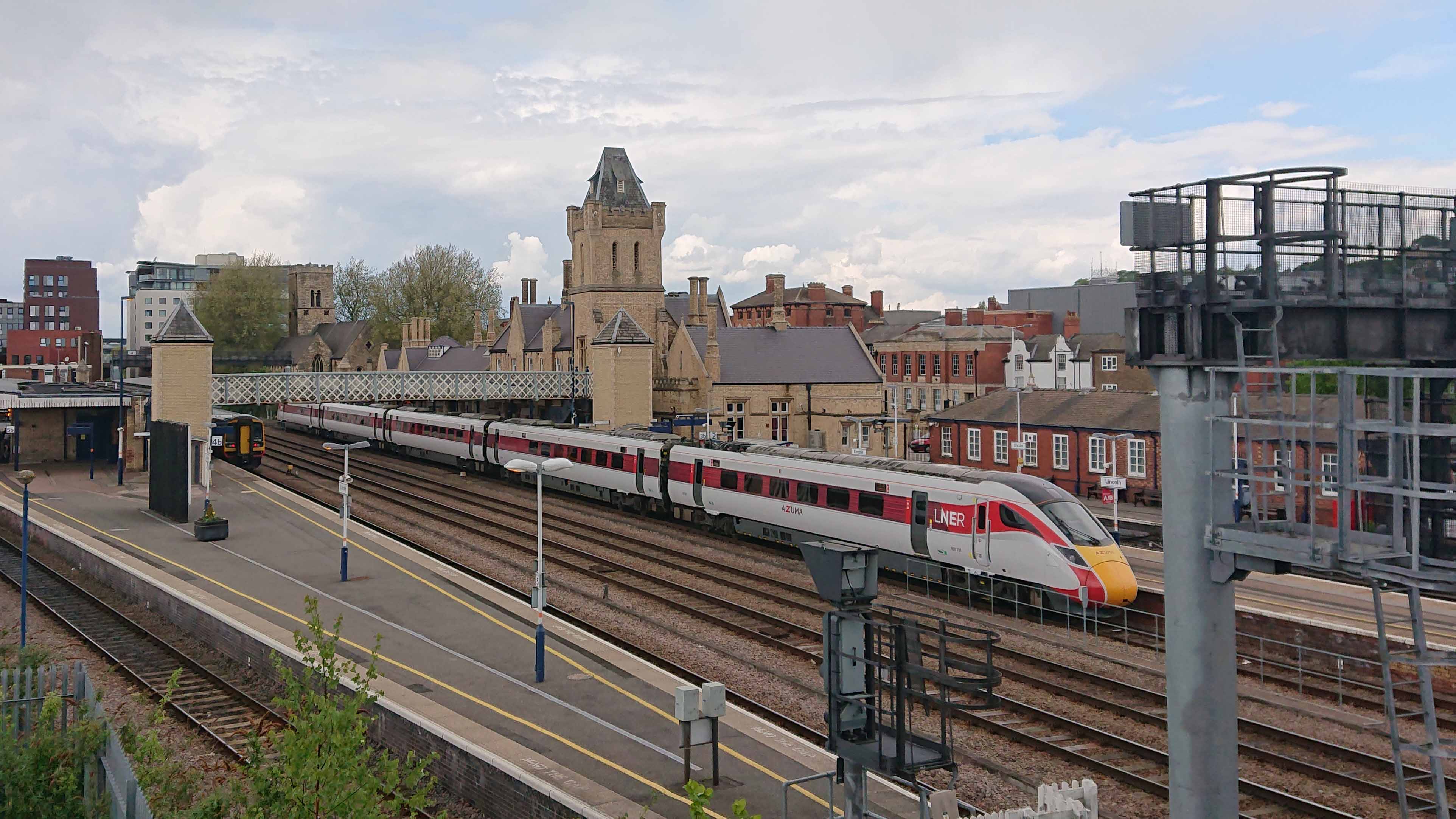 Some services branch off at Newark and head east towards Lincoln where this service has terminated, again not possible without the versatility of the Class 800/802s as the final stretch to Lincoln is without overhead power. 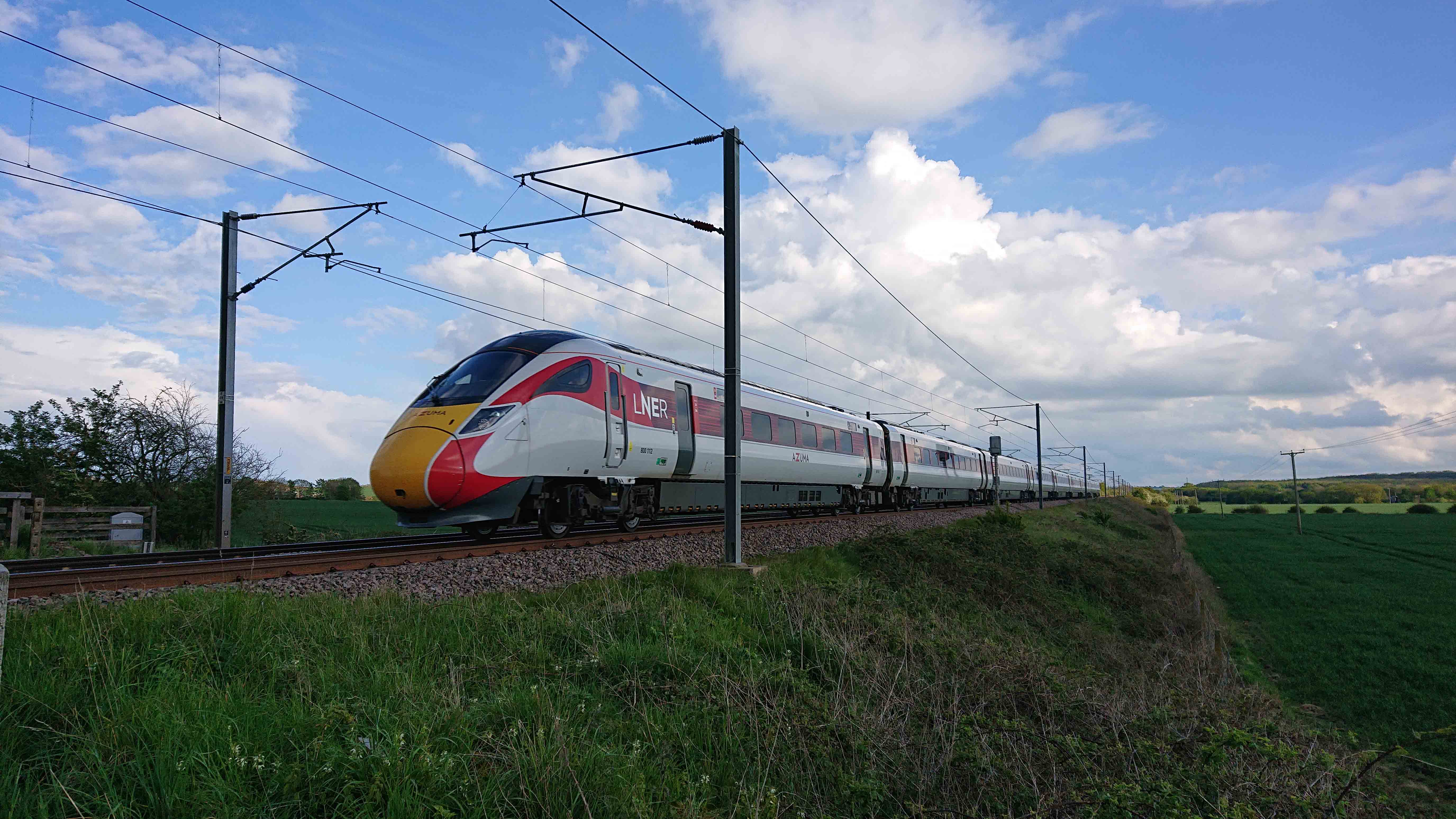 From London Kings Cross, LNER 'Azuma' services can head to a variety of destinations in the north of England, including Leeds, York and Lincoln as well as beyond the border to Scotland's capital Edinburgh, Inverness and Aberdeen. This service is seen travelling north from Kings Cross to Bradford Forster Square at Frinkley Lane Level Crossing near Marston. 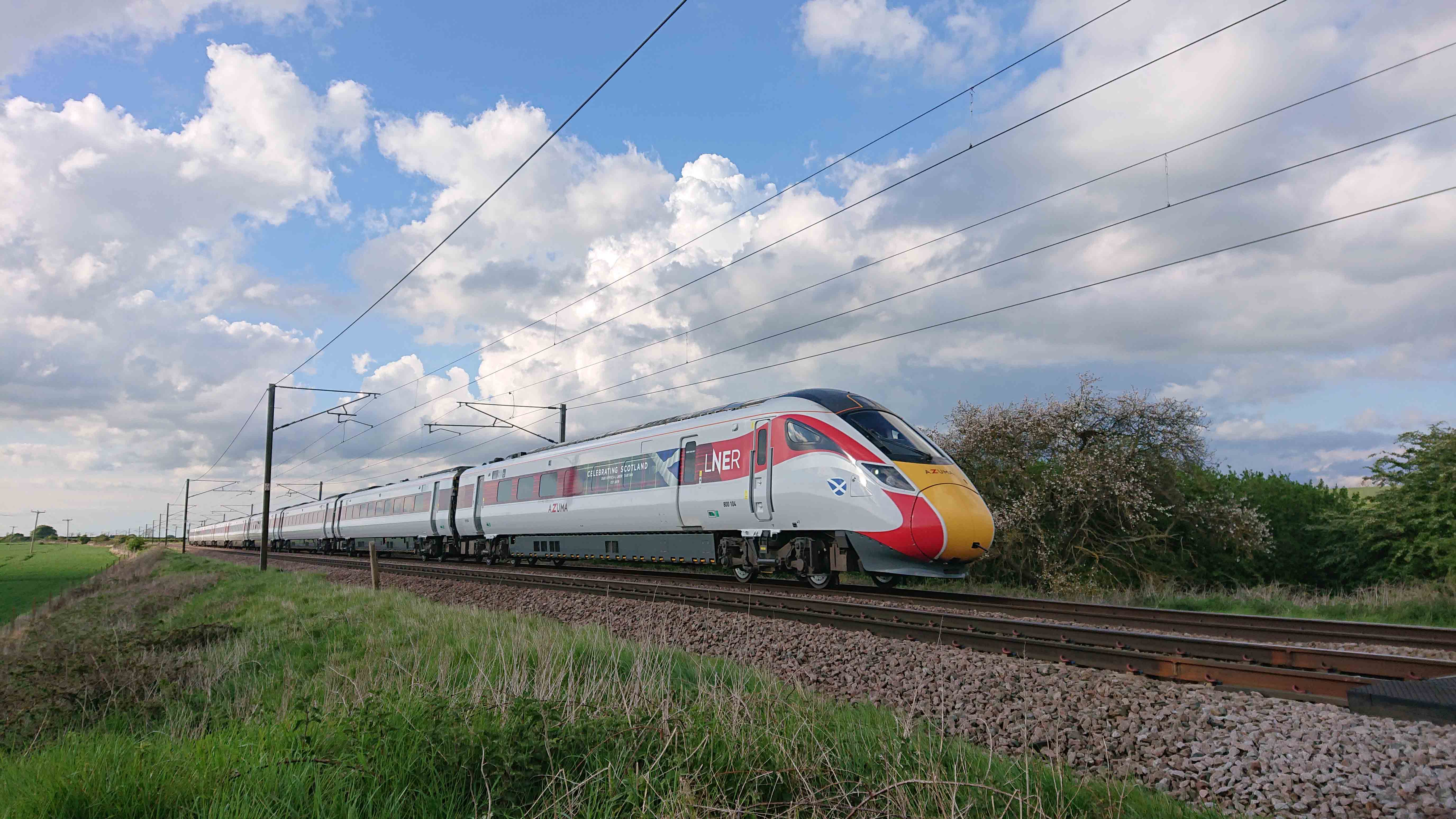 800104 'Celebrating Scotland' passes by the same level crossing during an ECS (Empty Coaching Stock) movement between Heaton TMD and Bounds Green TMD. Other units have been named 'Queen Victoria', 'Captain Tom Moore' and 'Wing Commander Ken Rees' in the past.