Loco's in the Loft?

Railway modelling, or model railroading, is a massively important part of the whole railfan hobby and has been growing in popularity and complexity over the last 100 years. Today, more and more people are getting into it from older railfans rekindling interest in models as a child, to youngsters themselves digging deep into the world of DCC, mobile app control and more contemporary rolling stock. But as the interest fades in and out over the course of one's life, sometimes locomotives, carriages and even entire layouts can be confined to the attic, not to be seen in years or decades. As a result there are undoubtedly thousands of pounds, dollars, euros or yen lying above the heads of many railfans, who might be too busy with work, family or other hobbies to really get back into it.

We decided to go and hunt in the loft of our web editor's house to see what rolling stock relics might materialise from the basic OO gauge layout that was up and running in the late 1990s. The layout was a small one, put together with cheap chipboard and a heavy controller that moved an eclectic selection of second-hand locomotives and carriages. Purists beware - the trains were formed of stock that would never have run together in the real world!

If you've got some model railway / railroad items hidden away in the attic or garage, we'd love to see them! Share them with us on social media or get in touch via the submission form. 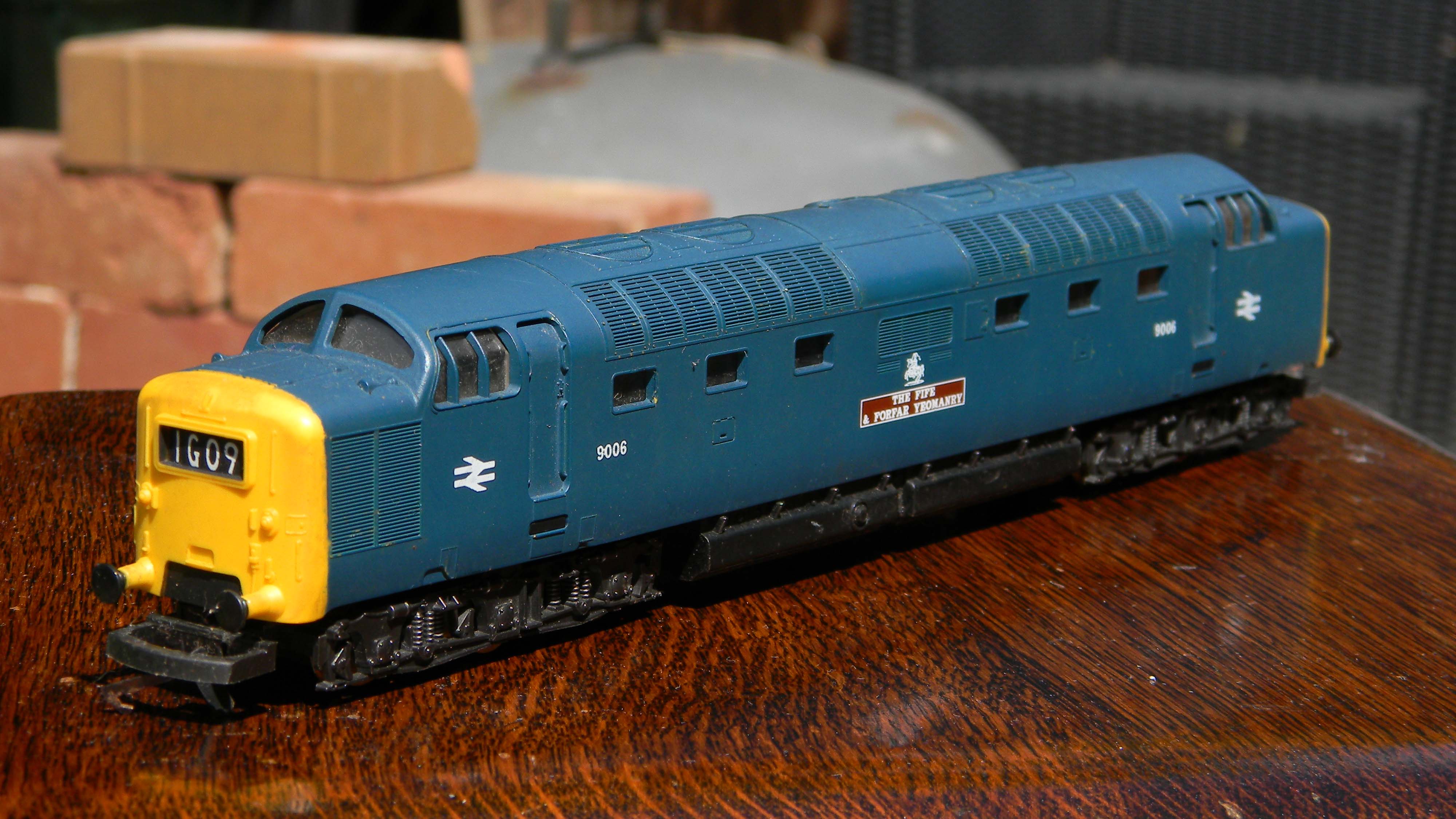 Even in model form the Class 55 'Deltic' looks impressive and this OO model of 9006 'The Fife & Forfar Yeomanry' is probably the nicest and cleanest item dusted off from this collection. The model was made by Lima in Italy who were absorbed by Hornby in 2004. The actual locomotive, D9006 was scrapped in July 1981 and the headcode (1G09) presumably denotes an express passenger service heading for Scotland. 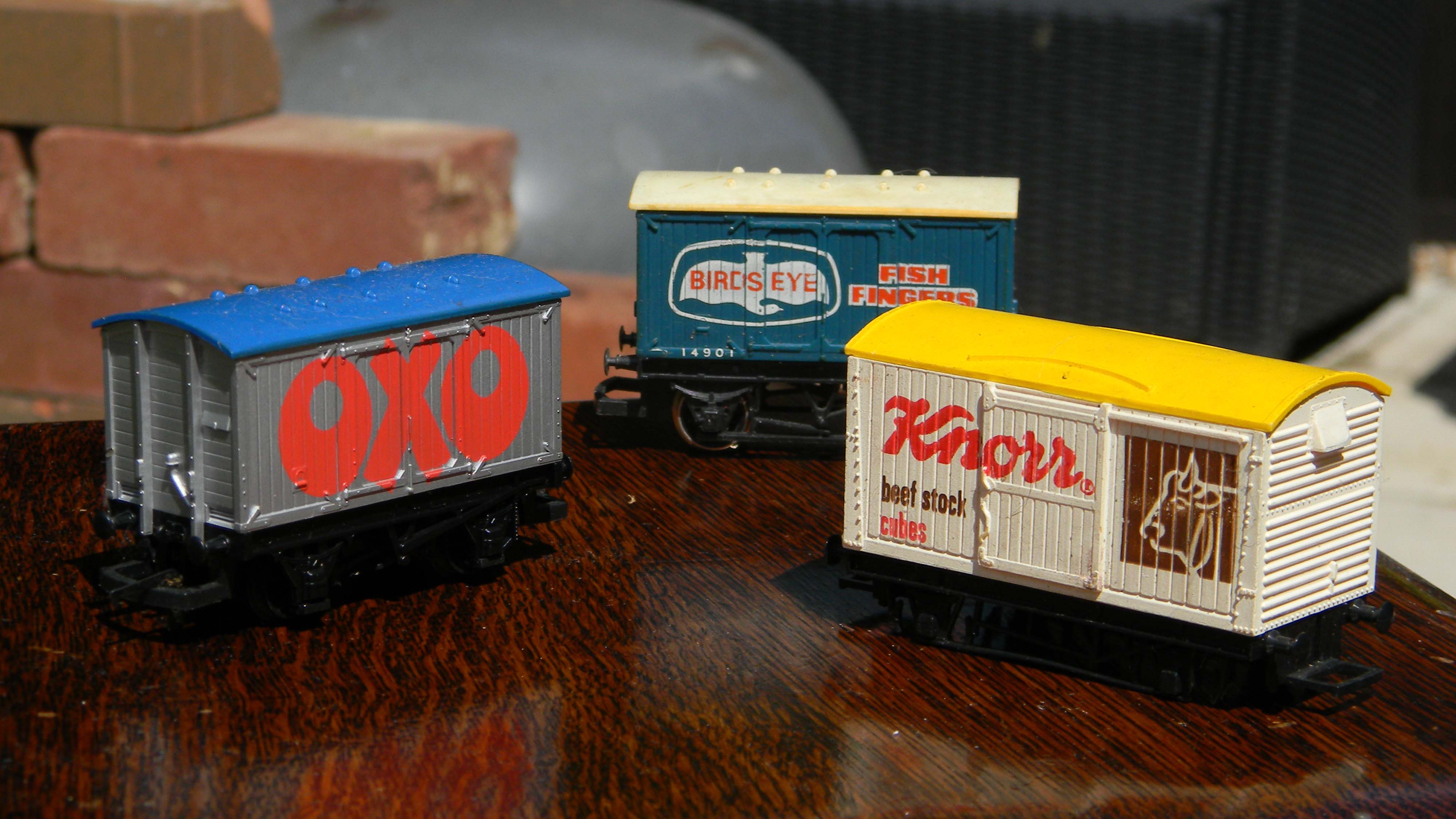 Branded wagons continue to be popular in a variety of scales either as period rolling stock during earlier days on the British rail network, or as novelty items for promotional purposes. Graham Farish and Hornby have sold many different brands in the past and these three all advertise popular food brands: Oxo and Knorr (stock cubes) and Bird's Eye Fish Fingers. 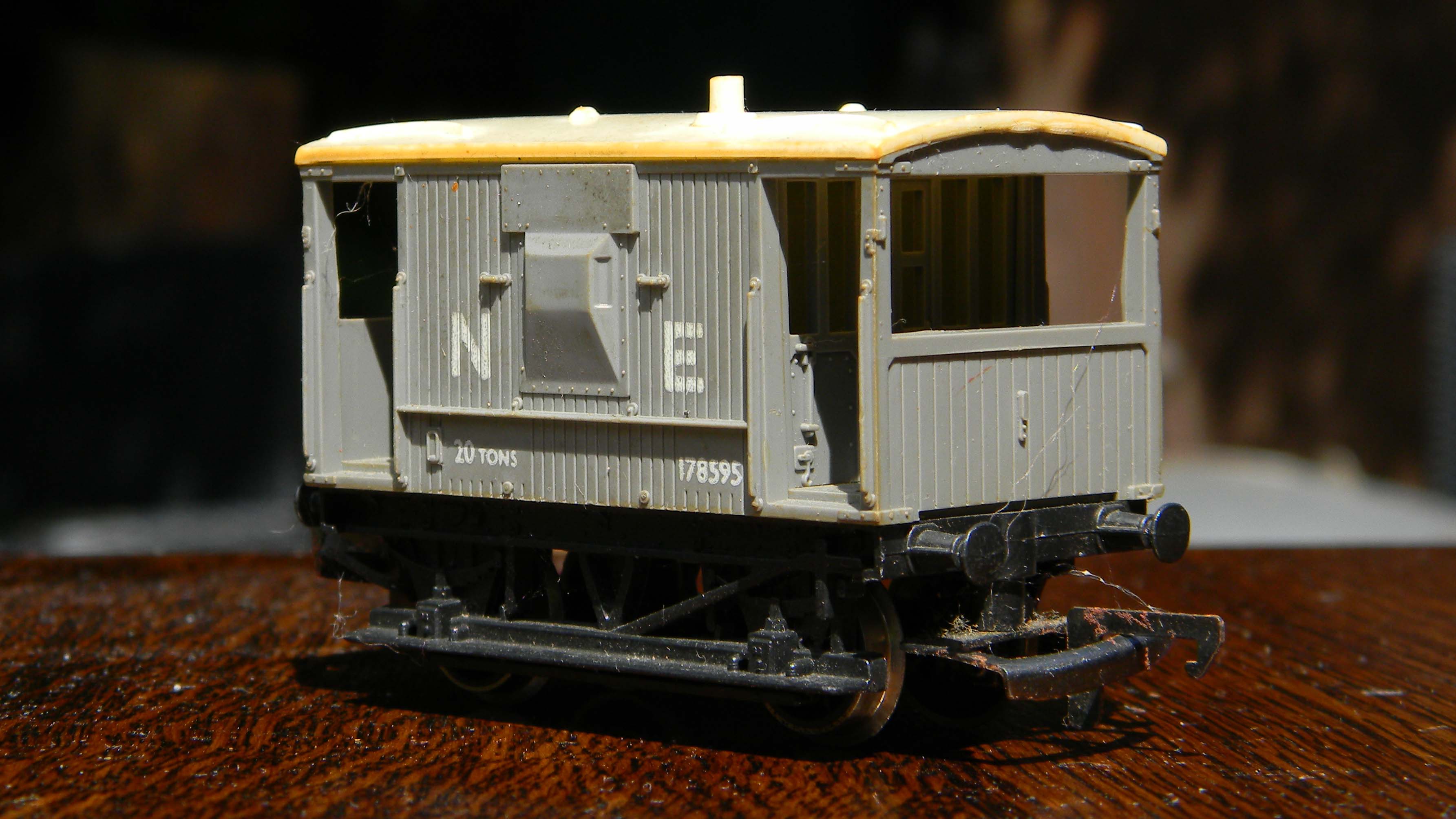 Brake vans like these are the closest thing the British network got to the style of the classic cabooses of the US railroads. Over 92,000 models of this particular style of N.E. 20 tons Brake Van were produced in OO by Hornby between 1973 and 1979. Full scale vans in this style date from before 1947. 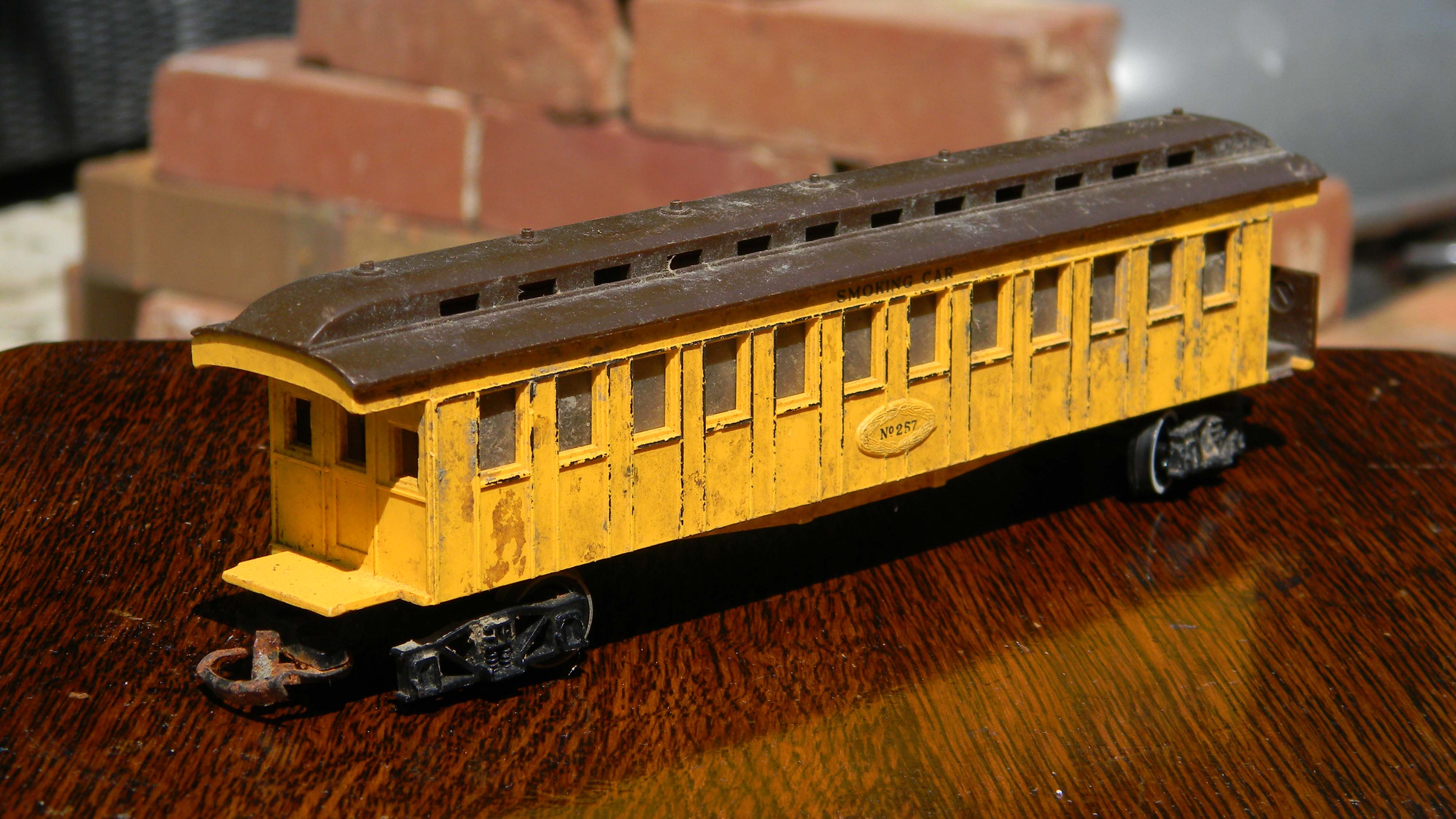 Unusually, owing to the nature of being a young railfan at the time, some international rolling stock made its way onto the layout including this Triang 'Old Time' Smoking Car No.257. With two sets of wheels missing and notable wear and tear, this carriage would probably be better placed in a scrapyard-era layout rather than one showing it in service. The scratched paint and dust over twenty years has become natural weathering. 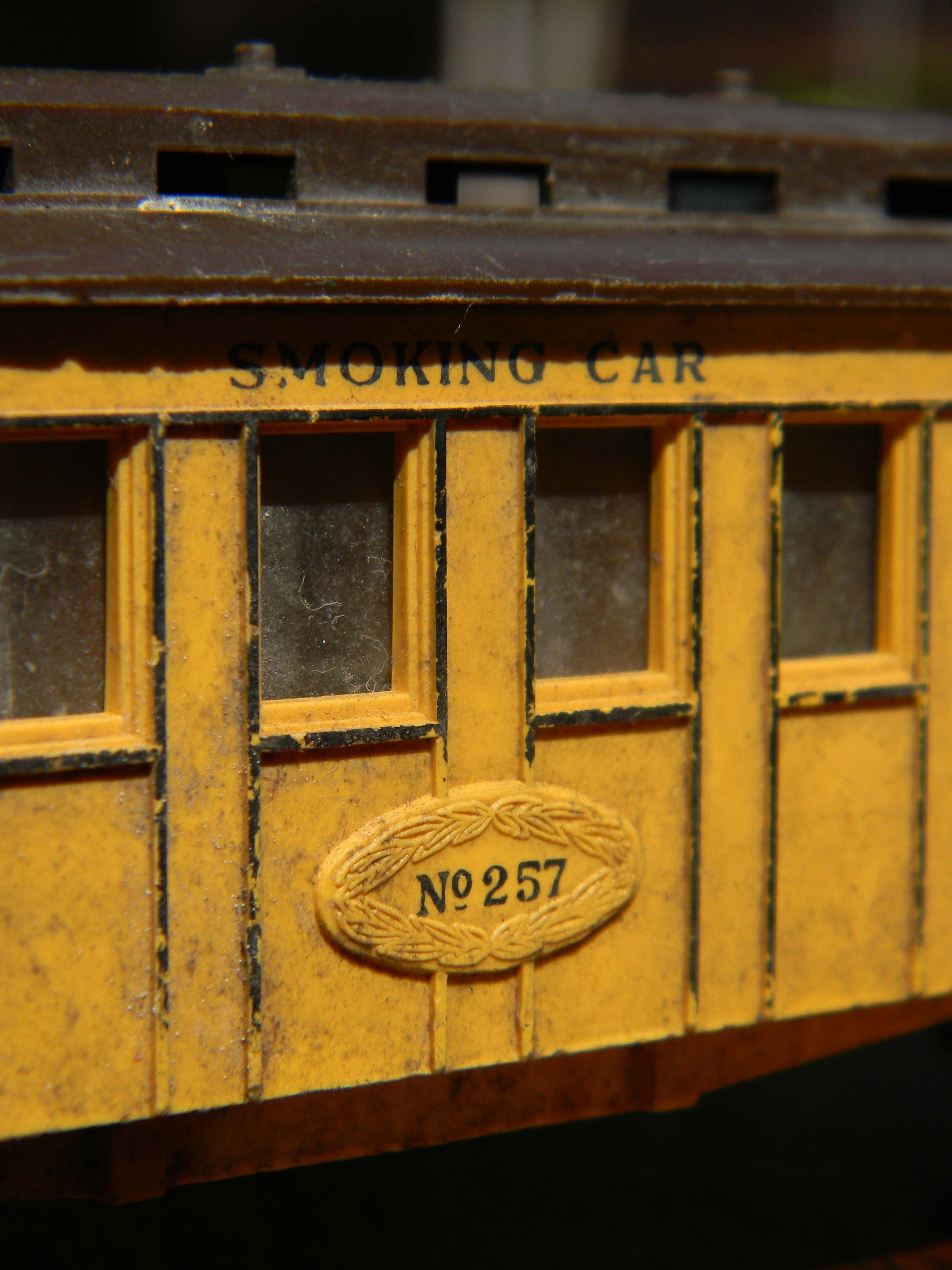 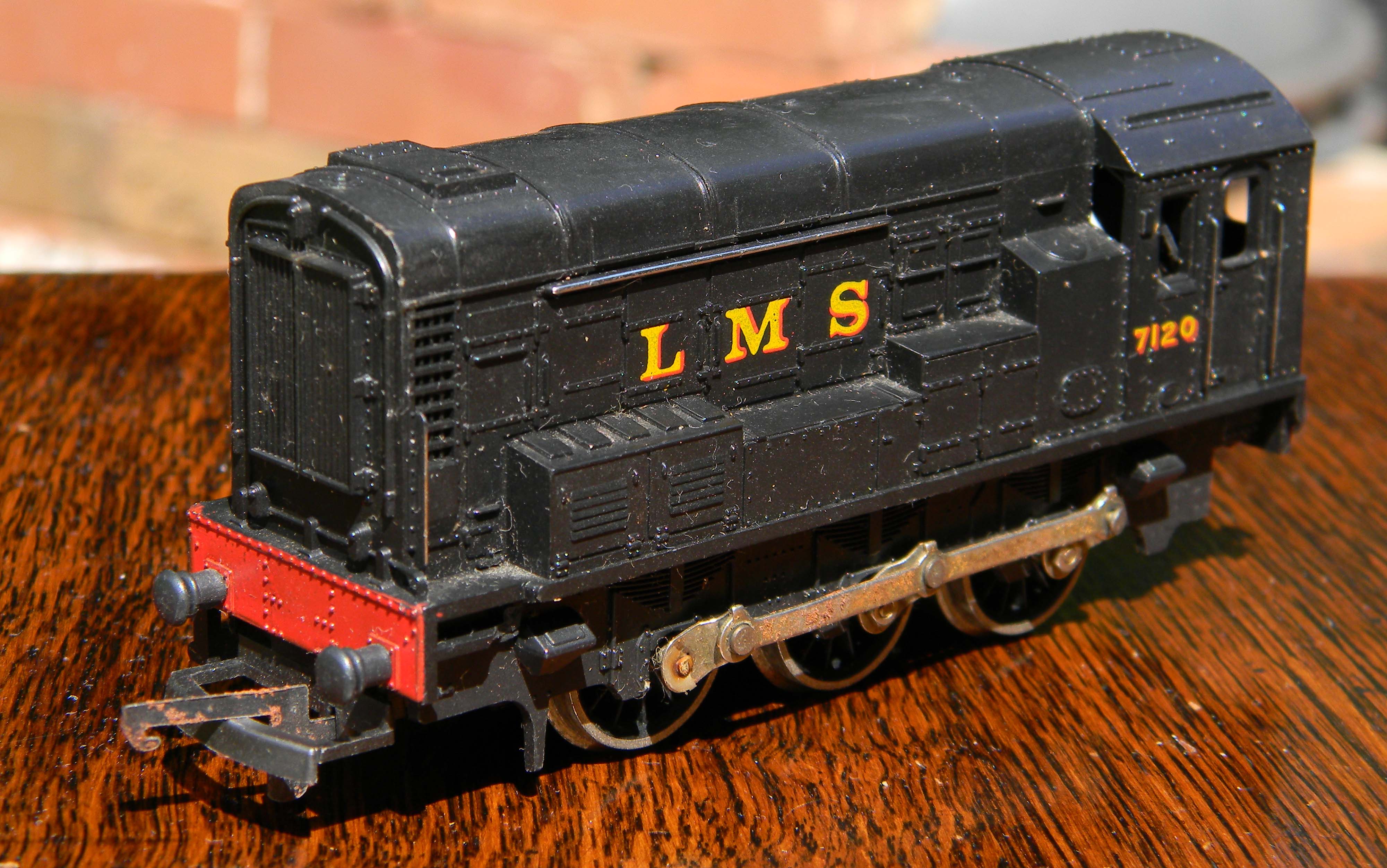 As stalwarts of both the real and model railway worlds, shunters can come in a variety of shapes and sizes and though this example might look like a Class 08 or 09, it is in fact a Class 11 locomotive. The real 7120 was scrapped in 1970 but since then Class 11s in preservation have run with the same livery and number. This model was also made by Lima and though it looks in fairly good (but dusty) condition, two screws on the rods and a rear buffer are missing. Besides this, it is believed to be in working order. 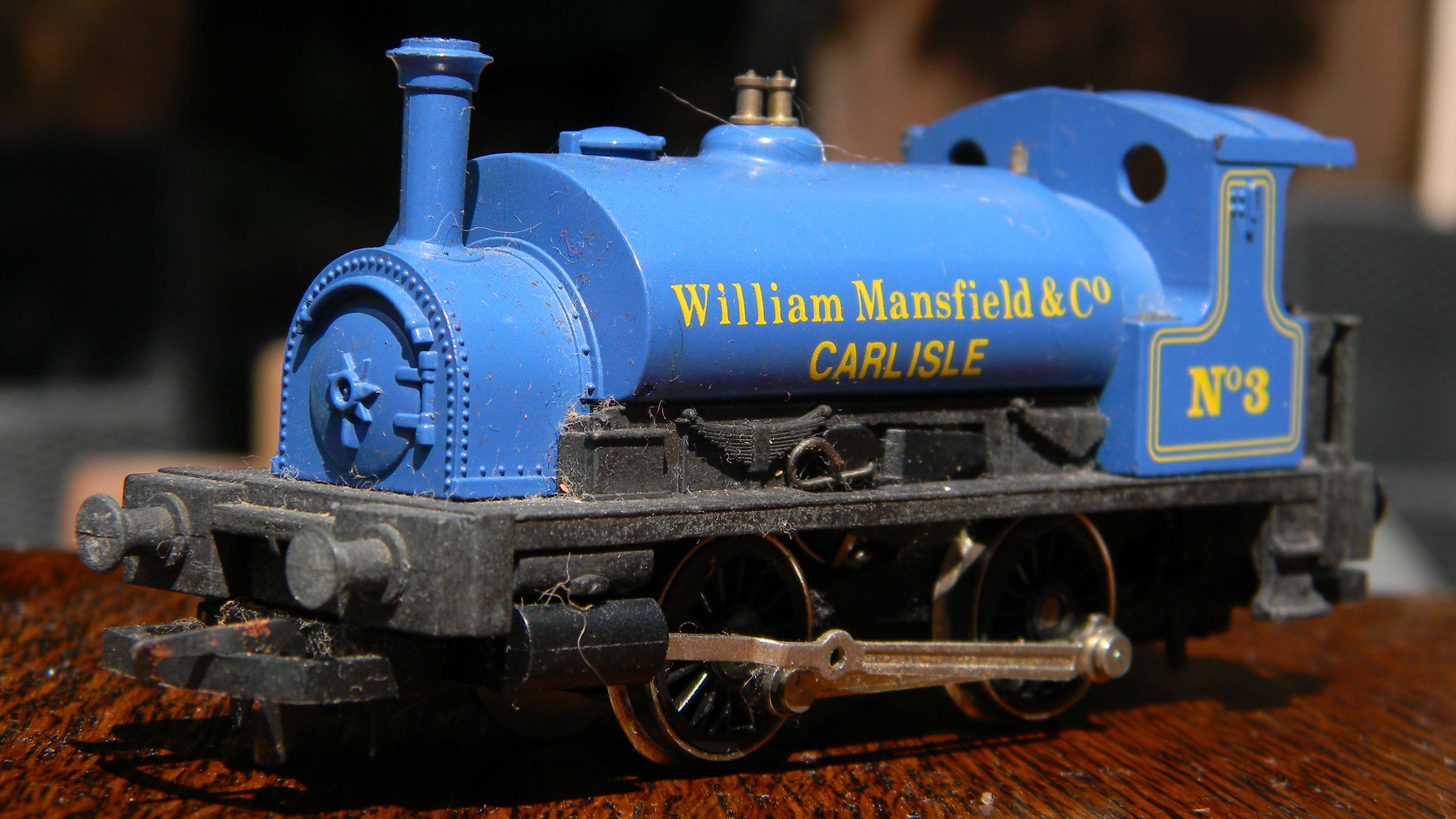 This William Mansfield & Co 0-4-0 Locomotive was made by Hornby in 1986 and 1987, with approx 15,000 units produced in OO. It formed part of an Industrial Freight set. Curiously, of the other items that formed that set, only this locomotive and a Shell Tanker can be found, indicating probably that the items were purchased individually or that the other wagons were lost / split up at some point. 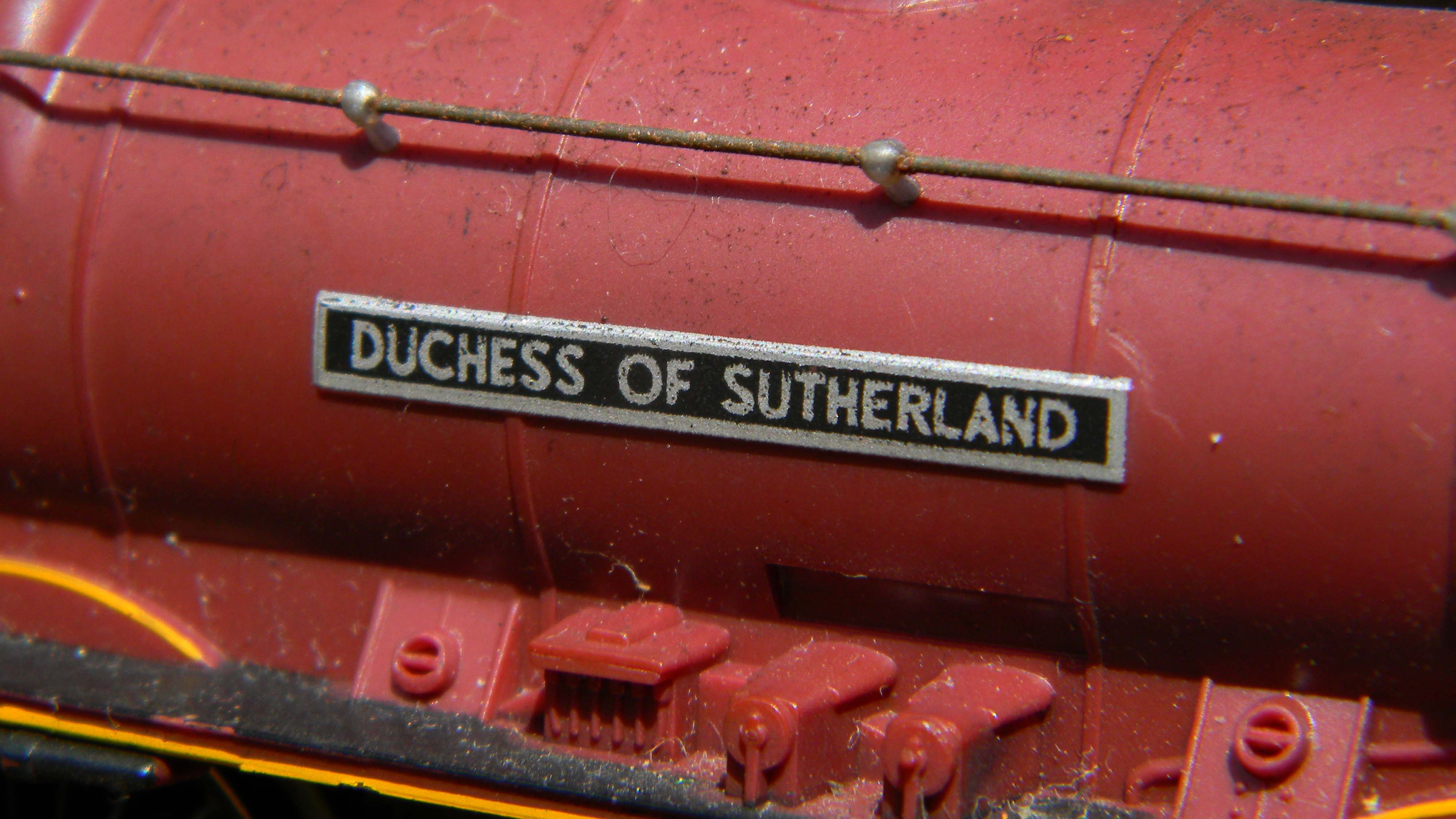 LMS 6233 'Duchess of Sutherland' was one of the last items of model railway stock that appeared on this layout and was, if recalled correctly, a birthday present. At the time in the late 1990s, the real locomotive would have been undergoing restoration ready for a return to mainline in 2001 and today it can be seen hauling railtours and specials around the UK. It has even taken on Royal Train duties in both 2002 and 2005 for Queen Elizabeth II and Prince Charles. After a period running in a green livery, in 2018 it returned to its original LMS 'Crimson Lake' livery as seen on this Hornby model manufactured between 1977 and 1979. Sadly this example has seen better days - bought second hand without deflectors, it has since had damaged running gear and is due a restoration of its own. 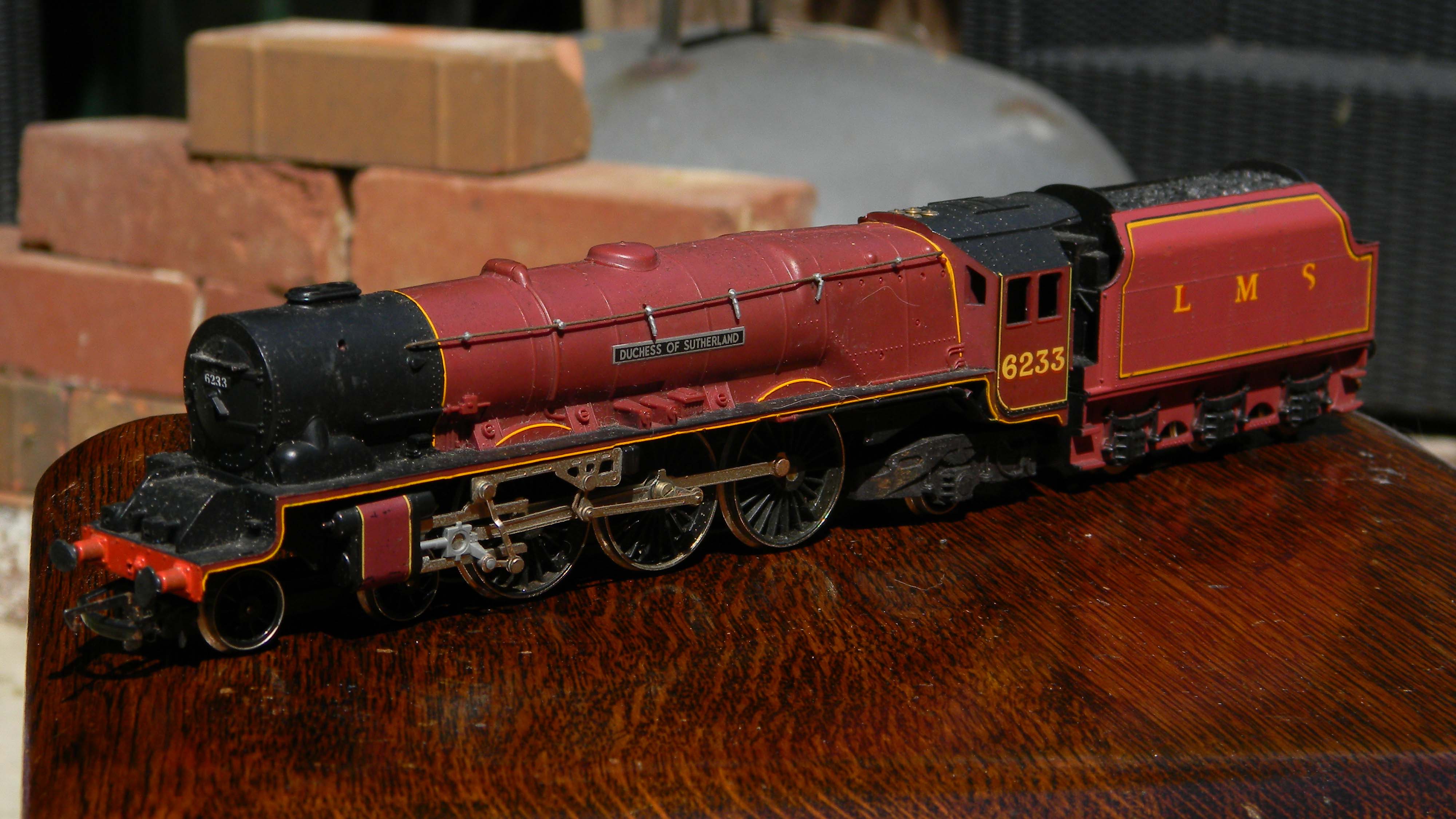 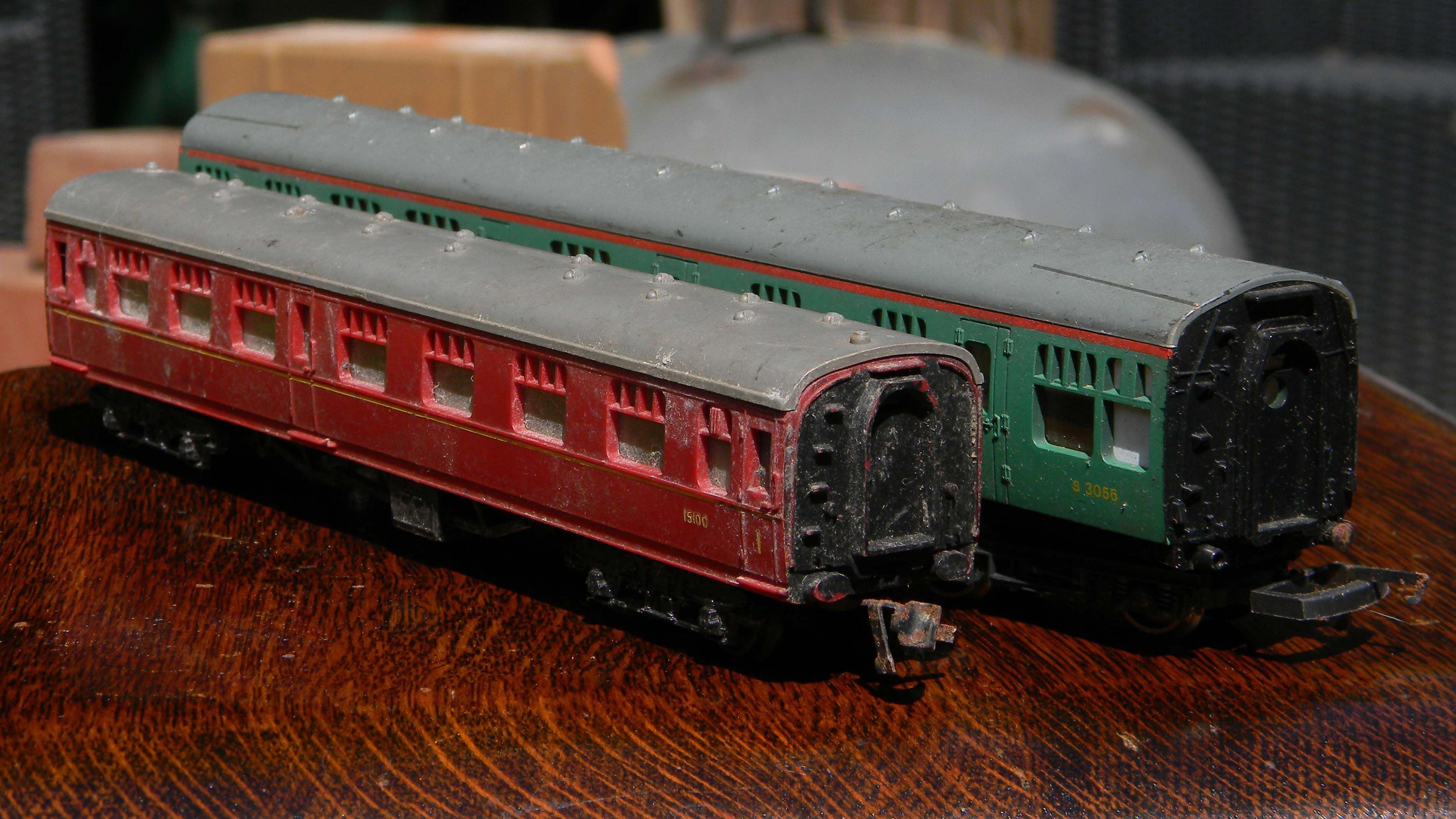 Very rarely outside of stores and exhibitions do modelers ever get to see the visual difference between HO and OO scales, both using the same width of track at 16.5 mm (0.65 in) wide. Again some youthful ignorance meant that this OO Lima BR Mk1 green Restaurant Car (right) would have run alongside the visibly smaller HO French-made Jouef BR Mk1 Corridor Coach (left)! An unthinkable combination for any railfan!

The question of course is what is to happen to these models dug out from 25 years ago? The answer, we just don't know. Parts of the original OO layout, including the track and board remain at the back of the attic, out of practical reach for the time being, but as time marches on who knows? A good dusting, some accurate glueing and soldering and these locomotives and carriages might just hit the rails again, if anything just for old time's sake. 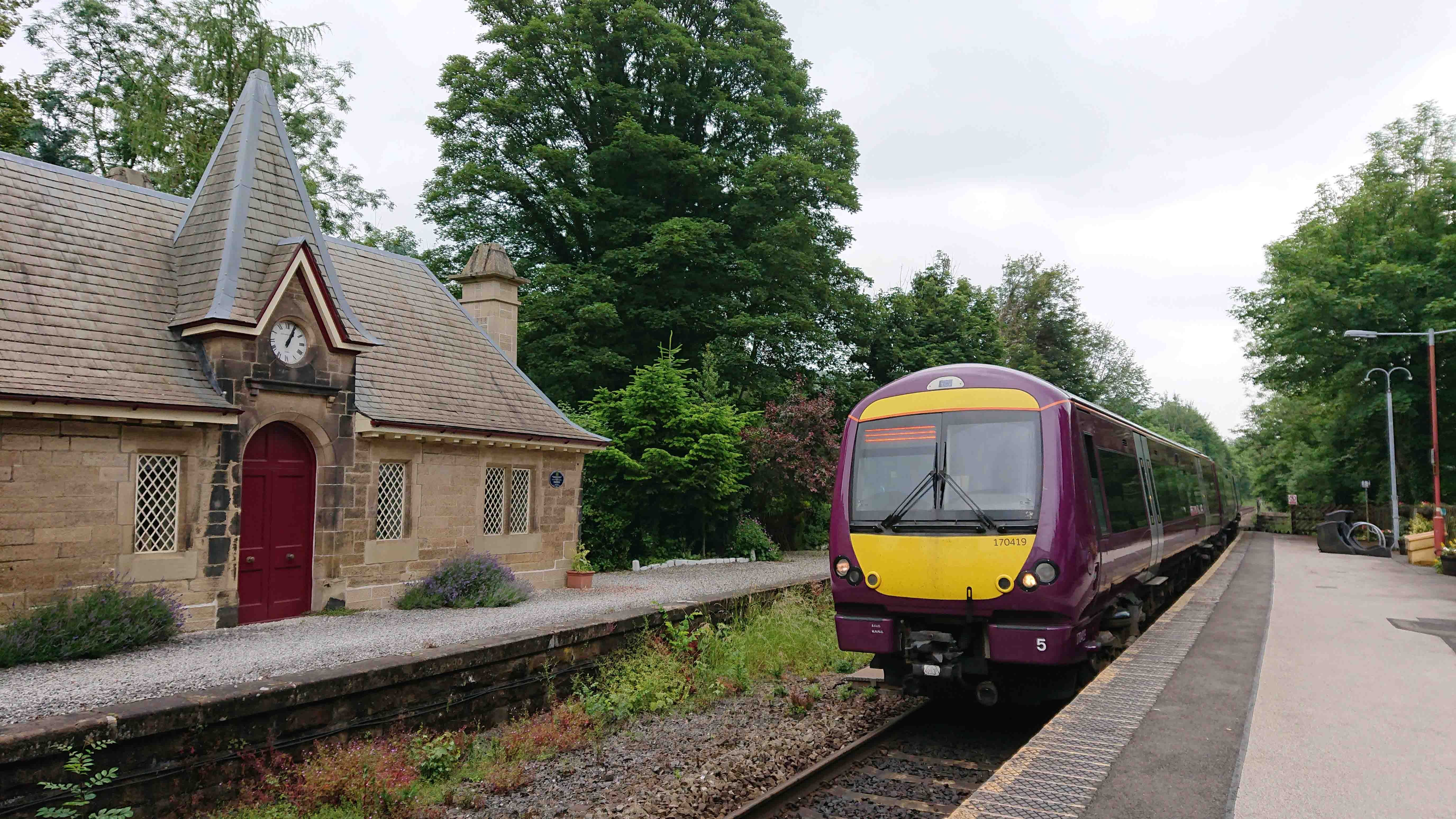 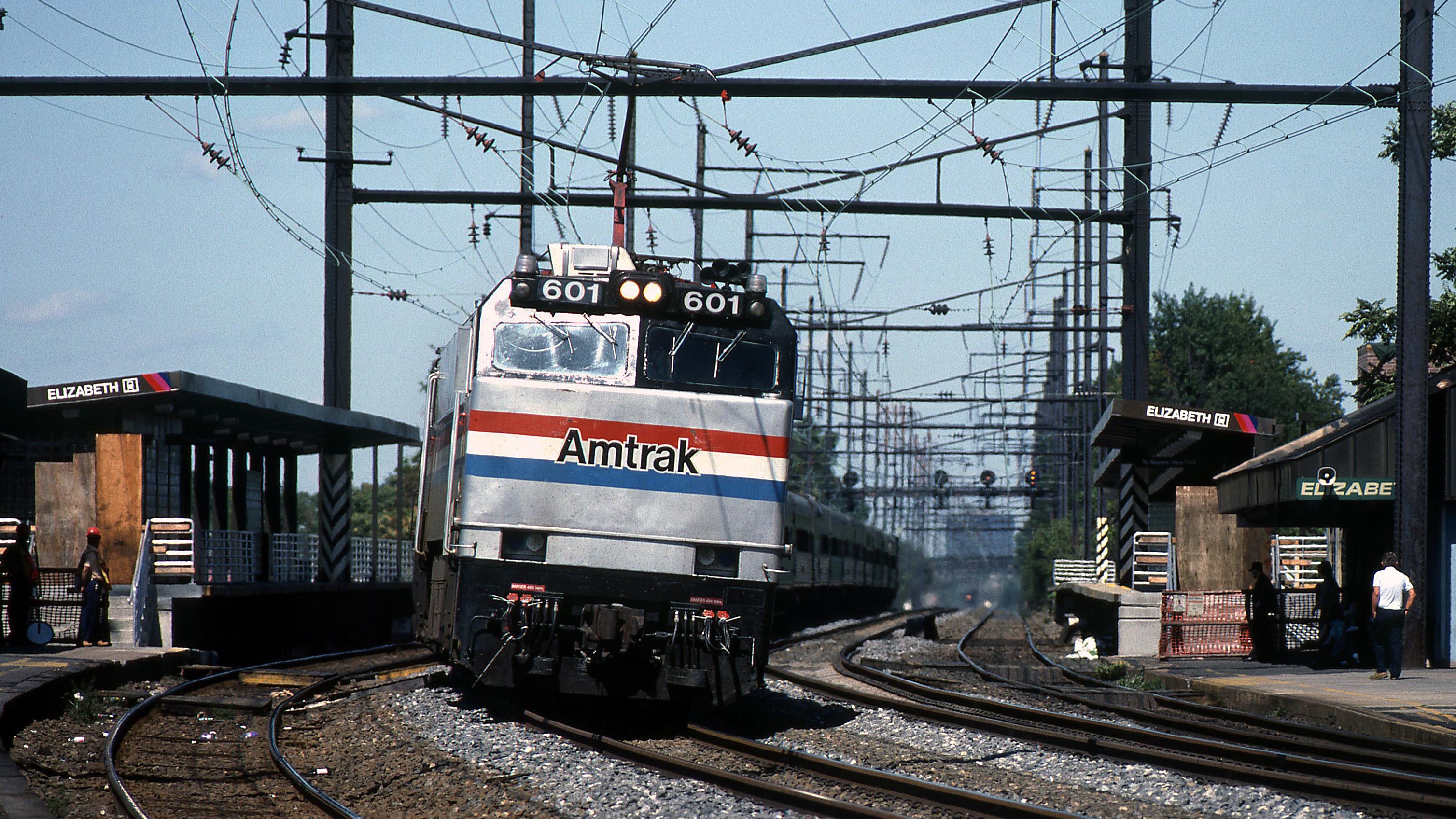 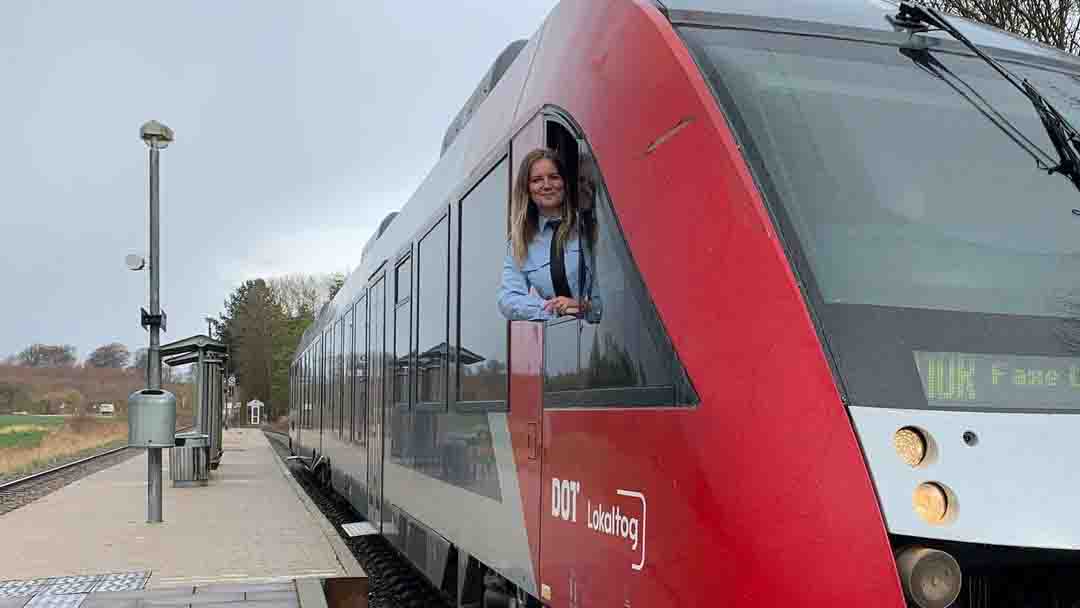