George Jackson Churchward revolutionised steam locomotive design in Britain and the other part of the story from the Saint class that was touched on in the article about Halls was the Star class 4-6-0. Superficially they would seem to be very similar engines but the Stars were four cylinder engines with screw reverse on Walschearts valve gear, as opposed to Saints on two cylinders with lever Stephenson’s motion.

A steam locomotive is a machine with large amounts of metal reciprocating or going backwards and forwards unless it is a turbine. When the engine is going at high speed the forces generated by the reciprocating masses could shake an engine to pieces if it were not balanced during manufacture. For example there are balance weights on driving wheels as coupling and connecting rods will naturally throw wheels out of balance.

A four cylinder engine and for that matter a three cylinder one, are much easier to balance and run much more smoothly at high speeds. Diesel internal combustion engines have components that also need to be balanced, in particular, the crankshaft. Electric trains are simpler to balance and generally smoother in operation. Swindon works had the skills to minimise out of balance forces and this was recognised in British Railways days when some two cylinder engines were given a lighter route availability colour as their superior balance gave only a small hammer blow on the track.

The Star Class, because of its superior balanced motion, was able to run at higher speeds for longer than a 2 cylinder engine and so less fatiguing for the crew. In addition as the engine was not shaking itself to pieces they would run for much longer intervals between overhauls. This cost offset was needed to justify the engines as they were more expensive to construct with more parts than a Saint. Footplate crews on Saints at very high speed have recounted that they just held on to avoid being ejected from the engine.

The Stars, like the Saints, all but disappeared in the 1950s before the private preservation movement, for standard gauge at least, got going. The only representative surviving is 4003 Lode Star that is preserved at York as a static exhibit.

At the turn of the 20th century the introduction of the Stars created a sensation among the railway community and the London and North Western Railway (LNWR) who styled themselves ‘The Premier Line’ were quite affronted by the upstart and smaller GWR who were grabbing all the headlines. A challenge was thrown down and the LNWR and GWR were to battle it out using each other’s engines on their trains. The contest took place in 1910 and the GWR’s engine was 4010 Polar Star which was in top form and condition. The LNWR made do with an Experiment class named Worcestershire which was badly run down and almost out. So the question was ‘what could the GWR do on the LNWR’ rather than the other way round. Afterwards the LNWR tried to make their Claughton class locomotives more like Stars but this was only partially effective and the West Coast main line had to make do until Stanier from the GWR appeared in 1932.

The answer was that the GWR played with all it had been given to do on the LNWR and this was achieved on not much coal and water signifying an engine running at peak efficiency. The LNWR engine on the GWR lost time on all its services and a good deal of face. Stars were, before World War I, some of the fastest and most powerful land based machinery on the planet and capable of hauling prodigious loads of several hundred tons.

The Cornish Riviera Express was run non-stop to Plymouth and before the South Devon banks of Hemerdon Dainton and Rattery were encountered coaches would be detached at Westbury, Taunton and Exeter. Coaches were let go or ‘slipped’ whilst the main train was speeding along and this meant all slip coaches needed their own vacuum brake system to be able to stop at their destination as well as their own guard to operate the brakes. Stars set out from Paddington with 14/15 coaches and up to 500 tons but by Exeter would be down to 250-280 tons and maybe 7 or 8 coaches.

They would pick up water from the troughs installed between the tracks and so would not need a water stop. The six tons of coal would suffice for the journey to Penzance. Stars distinguished themselves on this top service as well as many others to Birmingham and South Wales. Surprisingly the Stars did not feature on the Cheltenham Spa Express or Cheltenham Flyer which held the record for the time as the World’s Fastest Train in the 1930s. However their successors, the Castles, were a feature and a fixture.

The Castles succeeded the Stars in 1923 and some early Stars were rebuilt as Castles and they shared the same valve gear. Consequently when Stars were withdrawn it was common to see their valve gear in use on a more modern Castle. Recycling is not a modern idea.

The Stars settled down to a life of relentless high speed express passenger trains interspersed with lighter work that was merely a vehicle to get the engine into the right place at the right time for another express passenger service. Although the engines were eclipsed by the more powerful Castles and Kings in later years, some of the class lasted forty years in traffic, an astonishing achievement in itself. Many drivers preferred the Stars to all other types and the engines were universally well regarded within the GWR and without.

All pictures and drawings, except where indicated, by the author Allen Jackson. 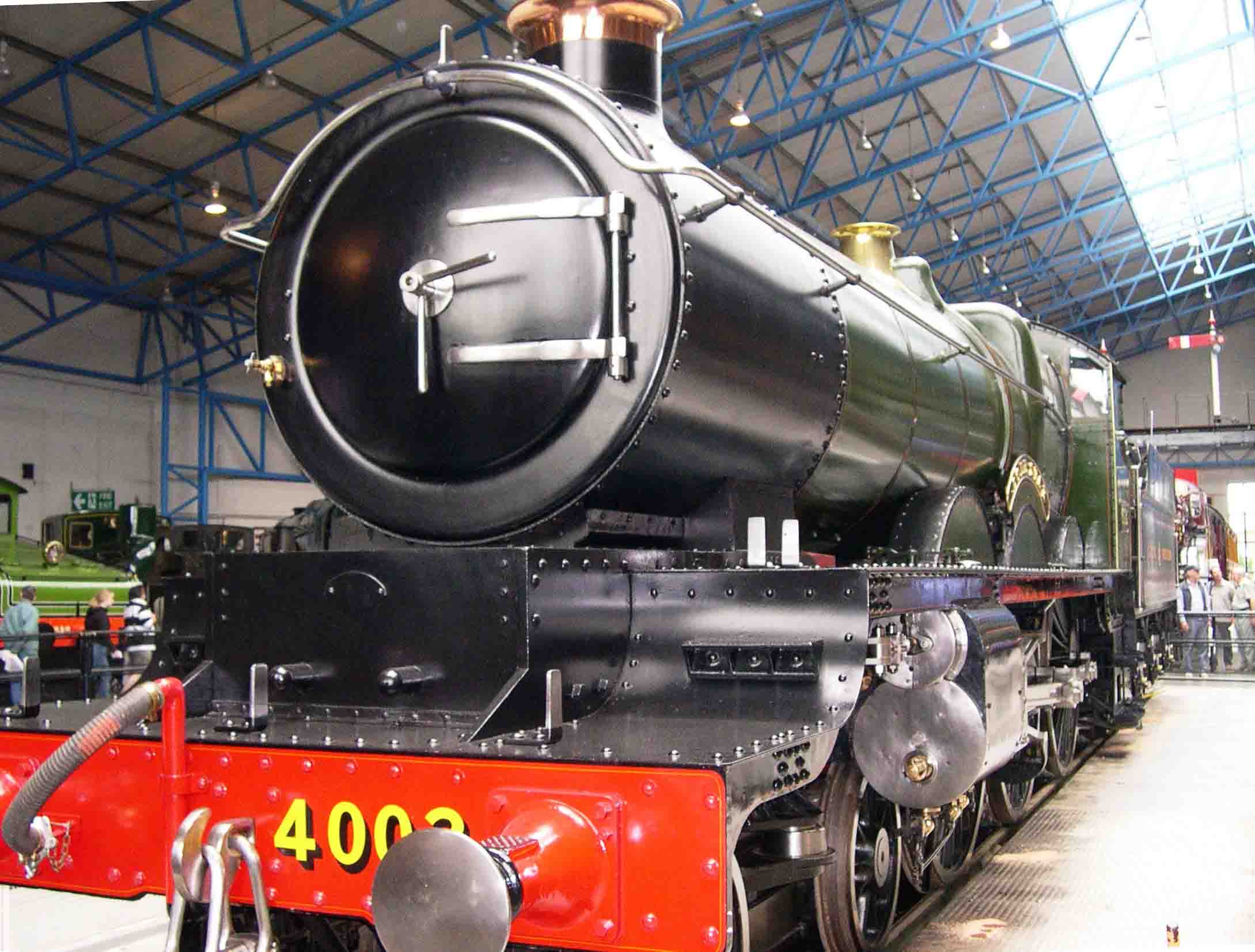 Figure 1. 4003 Lode Star in the Great Hall at the National Railway Museum (NRM) York. The black box below the smokebox contains some of the two inside cylinder mechanisms. The protruding objects are the covers for the valve spindles that hold the valves in place as they slide back and forth. The Walschearts valve gear operates on the inside cylinders only and the outside cylinders are operated by levers off the single set. This is referred to as ‘derived’ motion and saves the cost and complexity of having another set of Walschearts valve gear for the outside cylinders. Flying Scotsman has derived motion that drives the single inside cylinder. 5th June 2004. 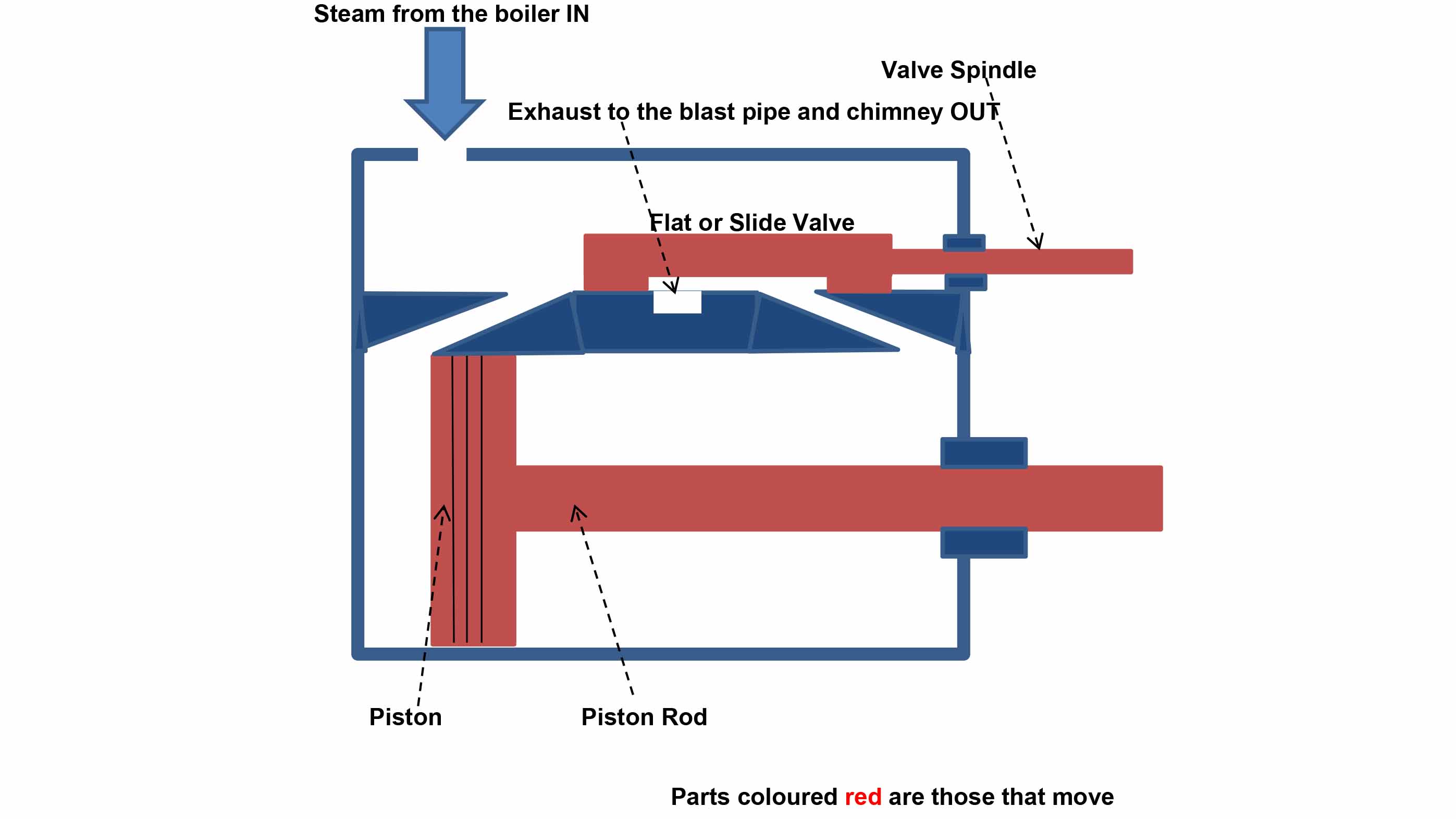 Figures 2 and 3. Show one of the reasons why the Stars and for that matter Saints were such game changers at the turn of the 20th century. Figure 2 is an example of the type of valve in use from the early 1830s. The flat or slide valve would not admit as much steam as was actually needed and the path to the cylinders was protracted. This meant the steam had time to cool down – exactly the opposite of what was required. Indeed steam would eventually be superheated to ensure this was less likely to happen. 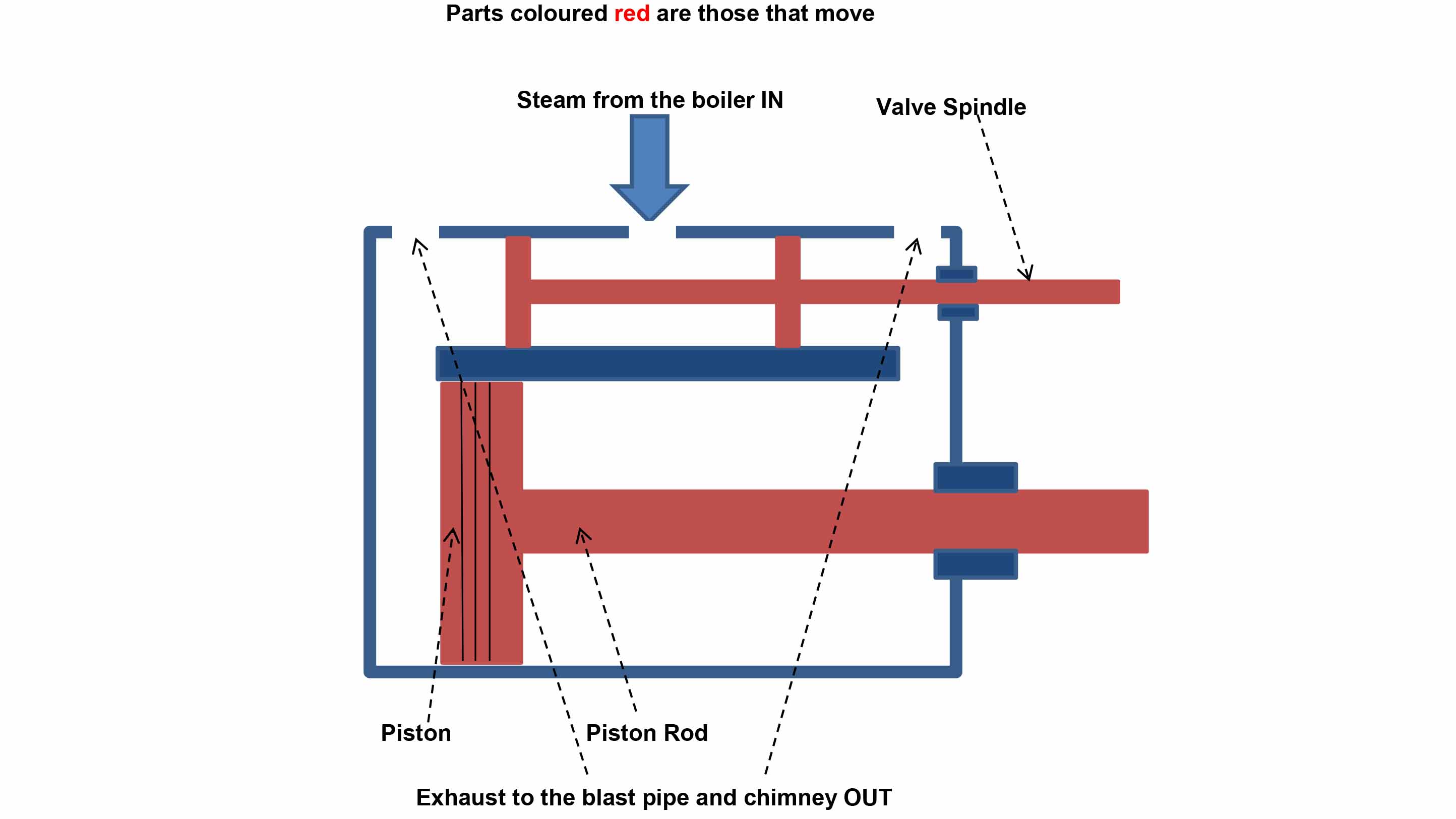 Figure 3 is a simplified drawing of Churchward’s arrangement with piston valves. Domestic internal combustion engine design in the 21st century settled on four valves per cylinder to get fuel/air in and exhaust gasses out efficiently whereas in the preceding century it had been two valves per cylinder. Churchward’s version, a hundred years earlier was large diameter piston valves in a steam engine context. The point was that the larger the overall valve size or quantity the better and quicker fuel/steam and exhaust could be got in and out of the cylinder. Churchward had other tuning tweaks such as allowing the steam to expand in the cylinder after admission so that it did the maximum of useful work possible for each set of valve events. Please note that with reference to Figure 1 the valve spindle is actually extended to the left of the drawing but that detail has been omitted for the sake of clarity. 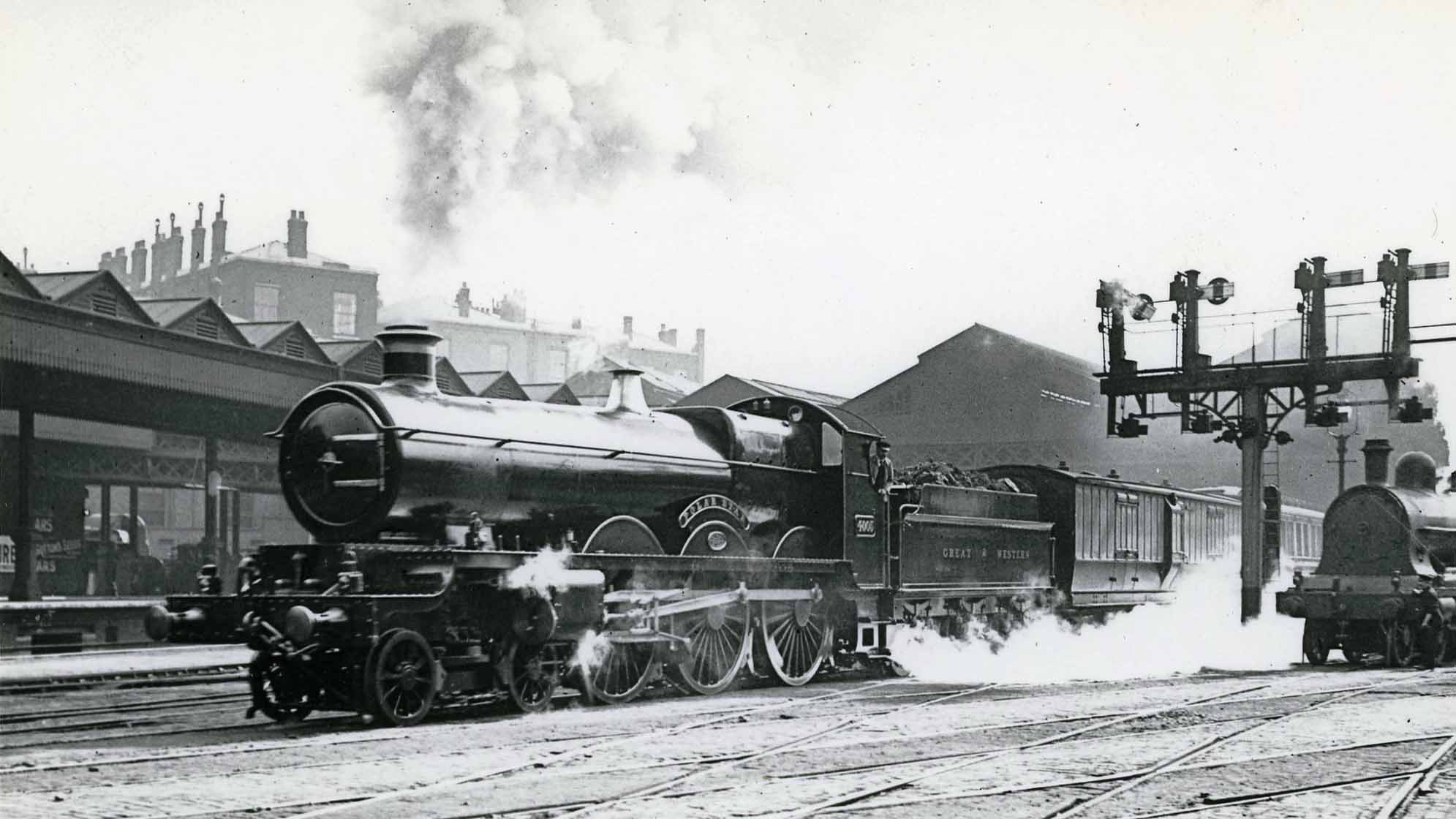 Figure 4. A scene from the pre World War 1 locomotive exchanges. 4010 Polar Star sets out from London Euston, the LNWR’s terminus with an LNWR express for the north. Note the LNWR engine on the right which looks ancient compared with the GWR Star. 1910. (Courtesy of the Great Western Trust) 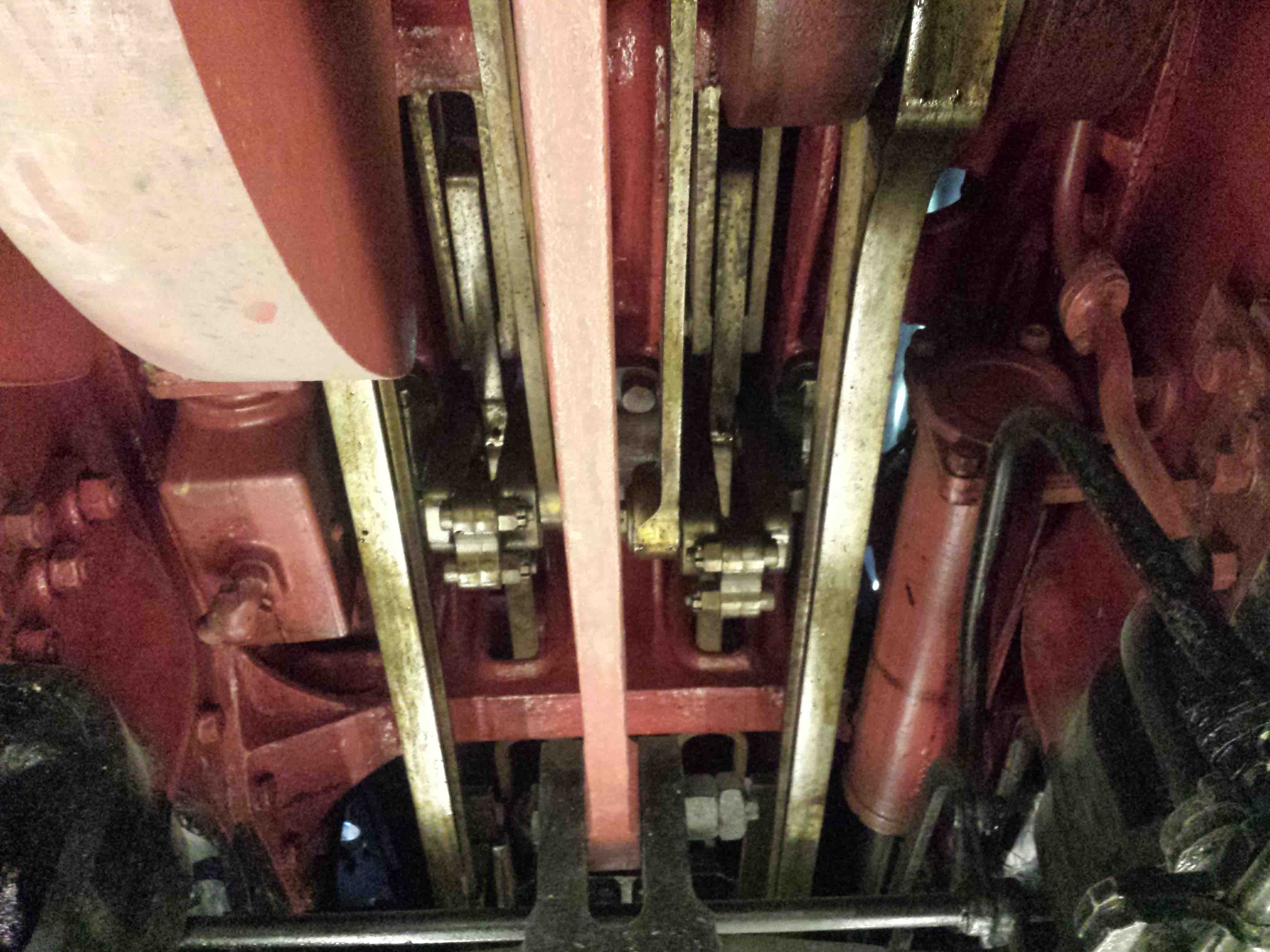 Figure 5. A steam engine can look relatively simple from the outside but between the frames from underneath it can get busier, at least on a four cylinder engine. The two large red disc objects at the top of the picture of seemingly different shape are the crank balance weights for the inside cylinder connecting rods. The two large shiny large rods going north to south are the rods themselves and it is these that the inside cylinders push in and out that turn the cranks that turn the front driving wheels. The outside cylinders drive the middle driving wheels and this arrangement is called ‘divided drive’. Some other company designers put all the cranks from four cylinders on to the front driving wheels which had the effect of making it wear out quicker and ride more roughly. The mass of other shiny rods are the Walschearts valve gear parts that move the valves in and out as required. The black bar at the bottom of the picture is part of the brake gear and the red cylindrical object on the right is the vacuum pump. Vacuum pumps were driven from one of the crossheads attached to a connecting rod and their purpose was to generate enough vacuum to keep the brakes from coming on whilst on the move. With no vacuum applied the brakes are on so any leakage or broken pipe and the system is fail-safe. NRM, 4003 Lode Star. 11th October 2017. 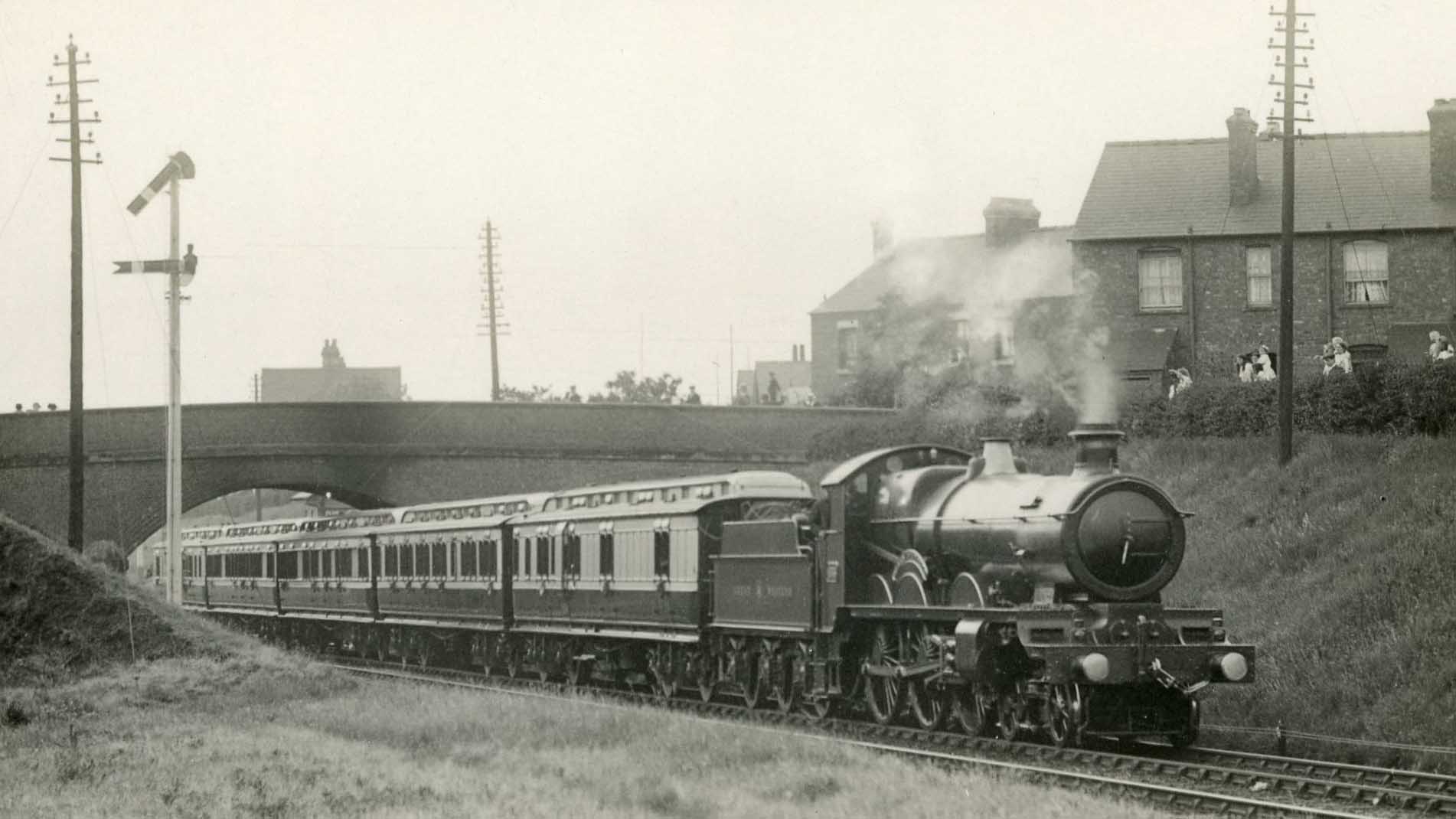 Figure 6. Still in the early days before World War 1. Star 4033 Queen Victoria on the L&NWR Royal Train on the Shrewsbury and Hereford joint line. The LNWR distant signal has a red arm and a band rather than the GWR fishtail. The train is not carrying any members of the Royal Family despite the attentive, loyal and patriotic spectators. The loco needs three lamps, including the top smokebox one for lesser royals and four, including the lower centre one, for the reigning monarch. This suggests the train was one its way to pick up a family member or has deposited one, possibly connected with the funeral of King Edward VII or the coronation of King George V. More likely the latter as the train would also be draped in black silk in the case of a demise. Edward VII died in 1910 and George V’s coronation was June 1911. (Courtesy the Great Western Trust). 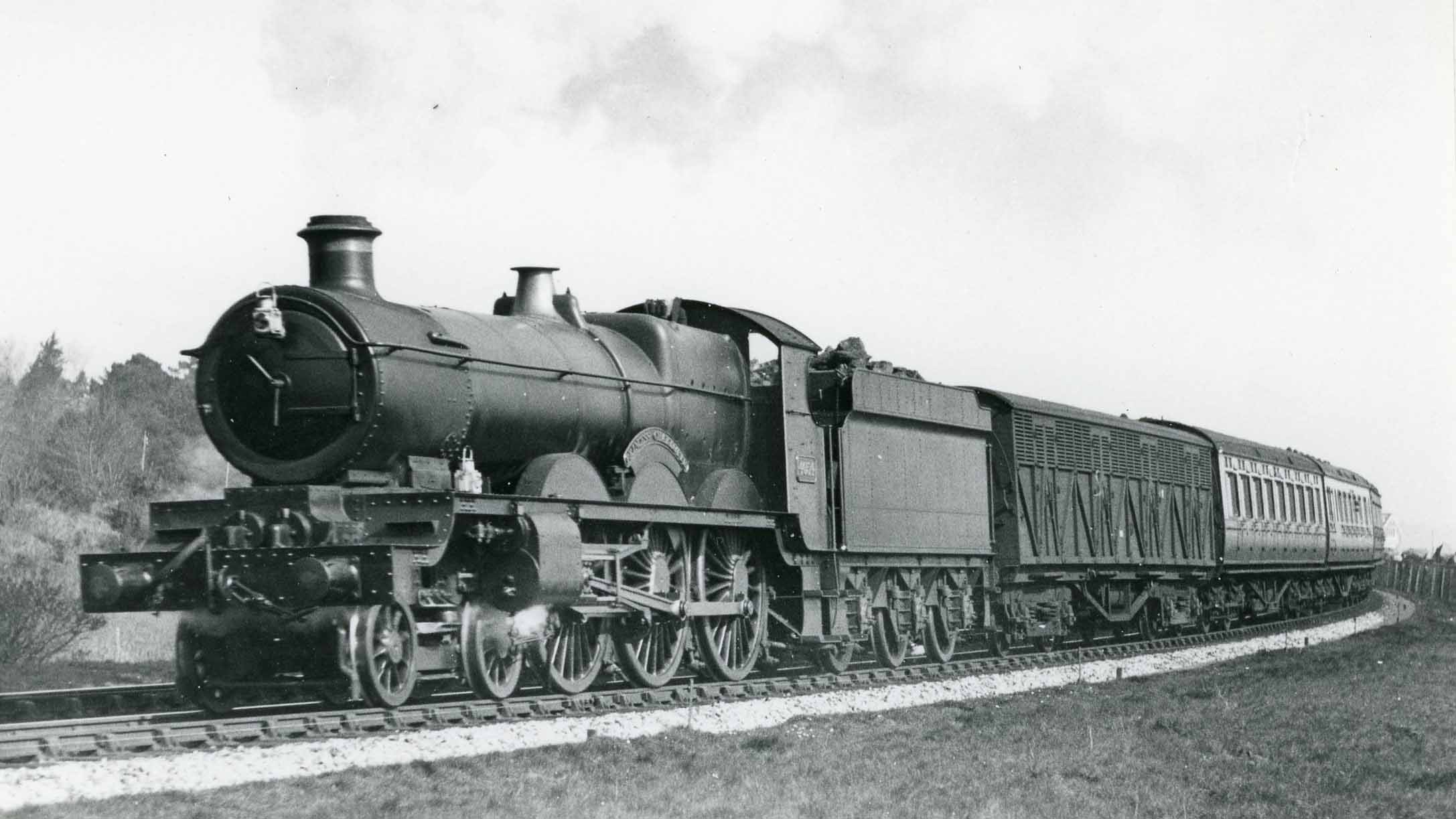 Figure 7. A Star in later years on a more secondary duty. 4054 Princess Charlotte on a Bristol to Taunton stopping passenger train. The loco has been fitted with a 4,000 gallon tender. The parcels van next to the engine is an outside framed van with the telegraphic code name of SIPHON G. Such vans were known as ‘brown vehicles’ with reference to their livery but also meaning they were suitable for use on passenger trains. The train would also consist of four to five coaches. About 1939. Courtesy Great Western Trust. 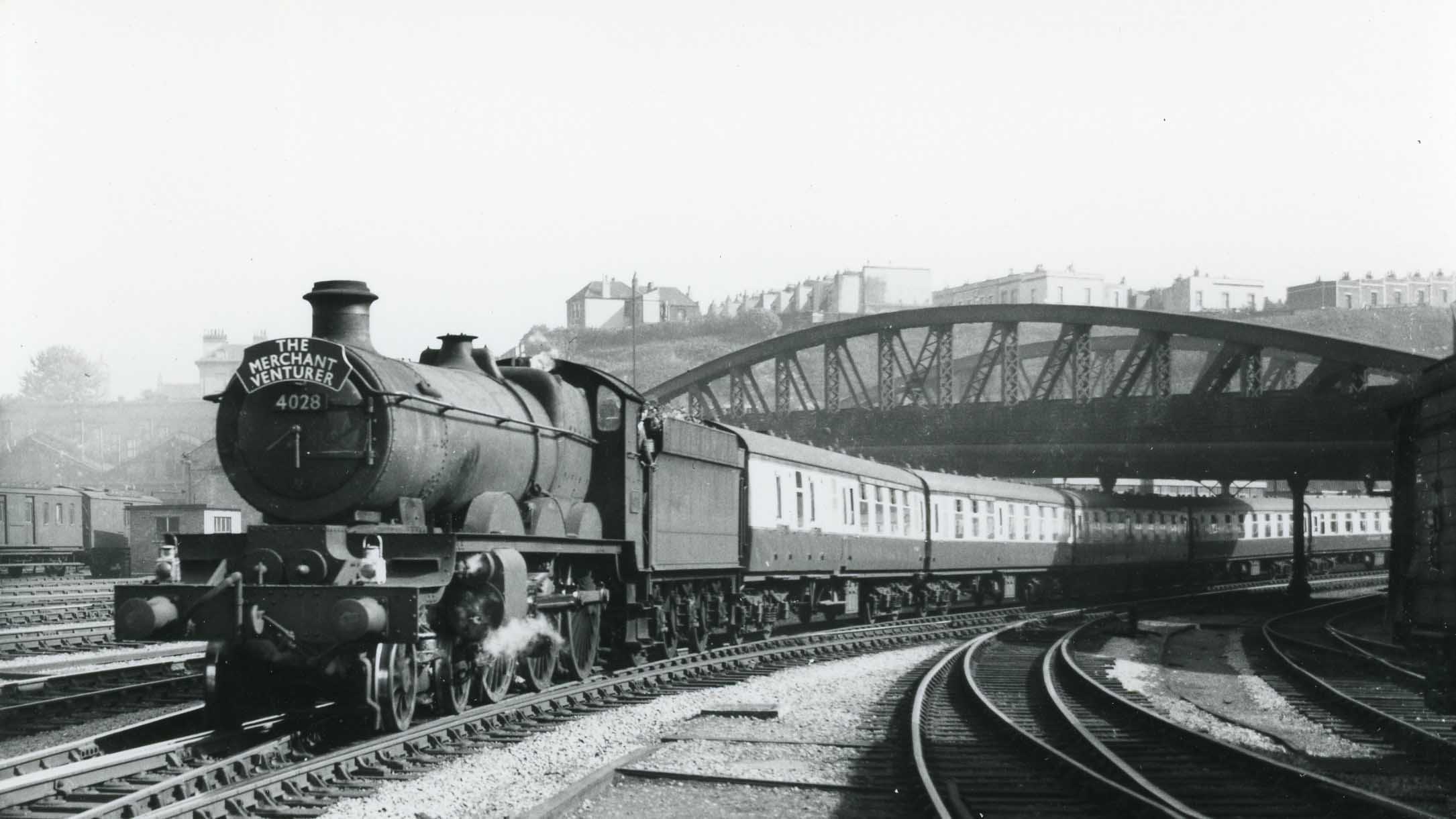 Figure 8. 4028 Roumanian Monarch on the Merchant Venturer express arriving at Bristol Temple Meads station underneath Bath Road bridge from the west. The train of BR Mark 1 coaches, in carmine and cream or blood and custard livery, had been worked from Weston-super-Mare and either a King or Castle would usually take the train forward to Paddington from Bristol. There are however recorded occurrences of 4062 Malmesbury Abbey completing the entire journey up until 1952. 4028 would be withdrawn three months later. August 1951. (Courtesy Great Western Trust). GREAT WESTERN RAILWAY STARS, CASTLES AND KINGS is available from The Crowood Press via the link below. https://www.crowood.com/products/great-western-railway-stars-castles-and-kings-by-allen-jackson

You can learn more about the sole surviving Star, no.4003 Lode Star in this short video by Chris Eden-Green.