The GWR had a habit of naming its locomotives after stately homes in parts of the country where the GWR was and latterly, with the Halls, all over Britain. The Castle is the largest such home, an example of which is Windsor, and the Castle class the largest of the stately home 4-6-0s. The larger the engine the larger the house.

Charles Benjamin Collett, who had succeeded Churchward on the GWR, enlarged the Star design whilst keeping all the motion parts the same and invented a new boiler that was just heavy enough to keep the civil engineers happy who were worried that too heavy an engine would hammer bridges to pieces over time.

Collett knew a good thing when he saw one and was content to tweak and refine Churchward’s work rather than start from scratch with a clean sheet of drawing paper. Nowadays with computerised CAD (Computer Aided Design) and sophisticated mathematical modelling it is possible to predict what a machine is going to be and do before you build it. In 1923 there were no such certainties or predictions except in a general sense.

Castles were remarkable right from the off. In 1925 4079 Pendennis Castle was exchanged with an LNER A1/A3 class, of the same type as A3 Flying Scotsman, and comprehensively eclipsed the LNER on haulage powers as well as coal and water consumption. Castles are also quite a bit smaller physically and yet the GWR was able to trumpet the most powerful locomotive in Britain at one point. Sir Nigel Gresley was quick to learn all there was to from the GWR and improved the A3 class to be so much better than they had been. After withdrawal in 1964 the 4079 loco passed into preservation and was eventually sold to Australia in 1977. However the engine was repatriated in 2000 and has steamed again at the Great Western Society’s home at Didcot.

In 1926 5000 Launceston Castle was seconded to the London Midland and Scottish Railway (LMSR) to see what it could do on the West Coast Main Line. As with the exploits of Polar Star in 1910 the GWR lesson had to be taught and learned all over again, and so it was. Sir Guy Granet of the LMS asked for, at first, fifty Castles then a complete set of Castle drawings after he had learned how comprehensively the GWR had trounced the LMS. After Sir Felix Pole of the GWR had rejected the requests the LMS set about building their own high powered 4-6-0 which was to become the Royal Scot class. The Royal Scots in service were not good steamers and never approached the competency of the Castles until they were rebuilt with GWR features by Sir William Stanier who had been head-hunted from the GWR.

The Cheltenham Spa Express, or more popularly the Cheltenham Flyer, was billed as the Fastest Train in the World and Castles would become synonymous with the train. On the 6th June 1932 5006 Tregenna Castle hauled the Cheltenham Flyer from Swindon to Paddington at an average speed of 81.6 mph, a world record. For 29.4 miles from Wantage and Tywford in the County of Berkshire the engine averaged 90.1 mph. Away from the spotlight, in the winter, trains would be loaded up to almost twice the Flyer tariff and yet Castles would still bring in the train on time.

Later on in the Castle build period in the 1930s Collett became interested in the Zeiss optical alignment system for building locomotive frames and cylinder alignment. The more accurately a locomotive is set up with the cylinder centre line parallel to the frames and driving wheels the more powerful and smooth running the engine will be – less out of balance forces. In the 19th century this alignment was done with string, rulers and a centre punch and was only as accurate as the tools would allow.

When the frames and cylinders were set up using the Zeiss system the engines were extremely fast and smooth and went for longer periods between overhauls. The usual measure of accuracy was ten thousands of an inch and with the Zeiss system two thousandths. Five times as accurate. The Zeiss system was sold with the claim that it took less time to set up an engine which was true but the other benefits revolutionised engine construction in Britain eventually. The corollary to performance was that for the same power output the engine used less fuel and water.

Castles settled down to, in some cases, forty years of service mostly on express passenger turns but in their last years on almost any type of train other than shunting. The diesels that superseded the Castles were not generally up to the job and lasted only a few years in service with the exception of the class 47s. It took until the mid-1970s and the advent of the High Speed Trains before a step change in performance and reliability was had.

Castles were a byword for speed and power on the GWR and were in production from 1923 to 1950. Eight have been preserved to maintain the legend that is the GWR Castles.

All pictures by the author Allen Jackson except where indicated. 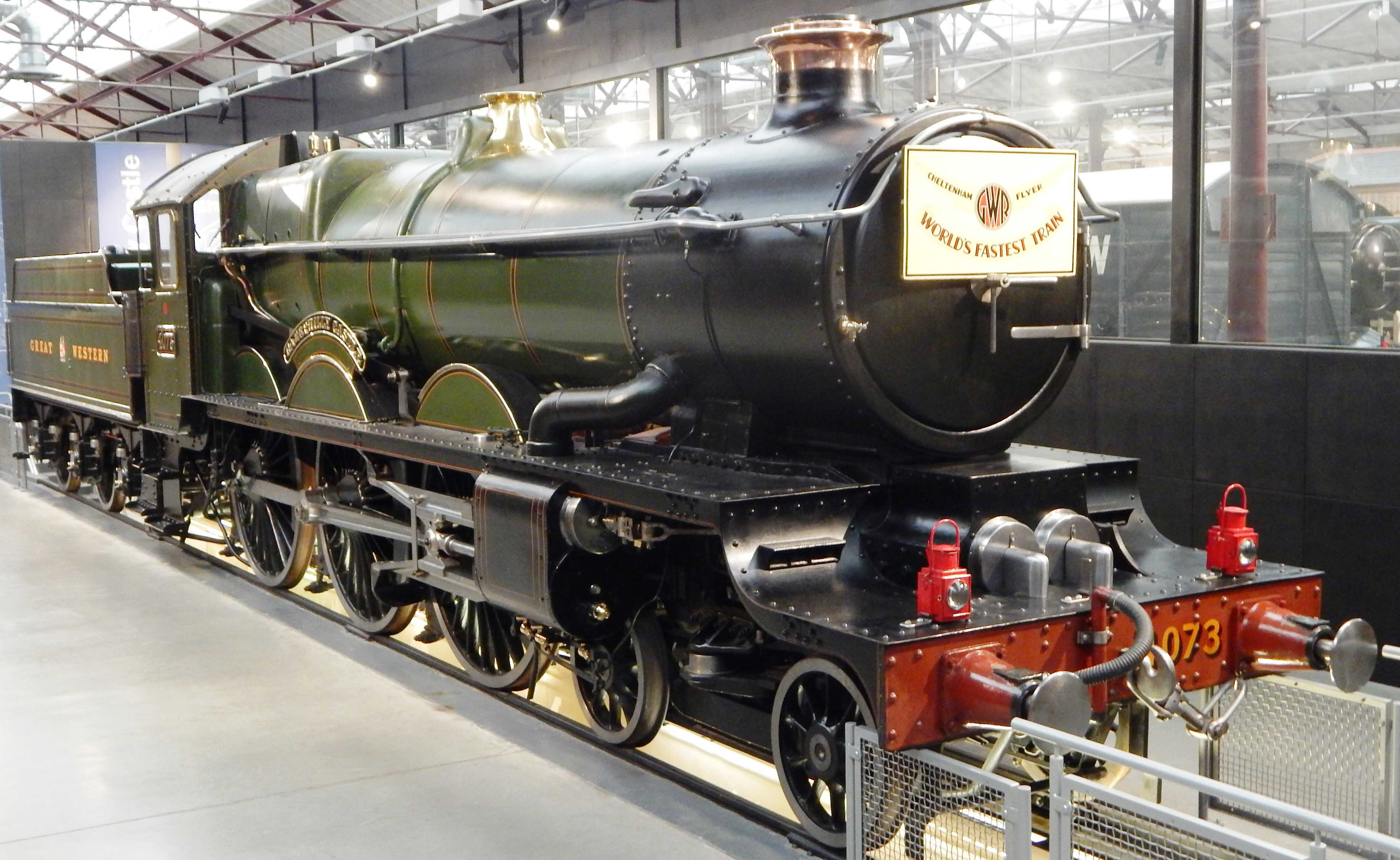 Figure 1. 4073 Caerphilly Castle is seen at the Steam Museum Swindon. The loco was originally preserved by British Railways as the first in the class. The last of the Stars ended up with number 4072 and name Tresco Abbey and the number 4073 was used for the first Castle. The headboard is not the original Cheltenham Flyer production but a replica. The location is part of the Swindon Works where the 4073 locomotive had been built in 1923. The surviving parts of the works are now part museum part retail outlet/mall. Castles were originally turned out with the Churchward 3,500 gallon tender as here but later used Collett and Hawksworth 4,000 gallon types. 14th Sep 2017. 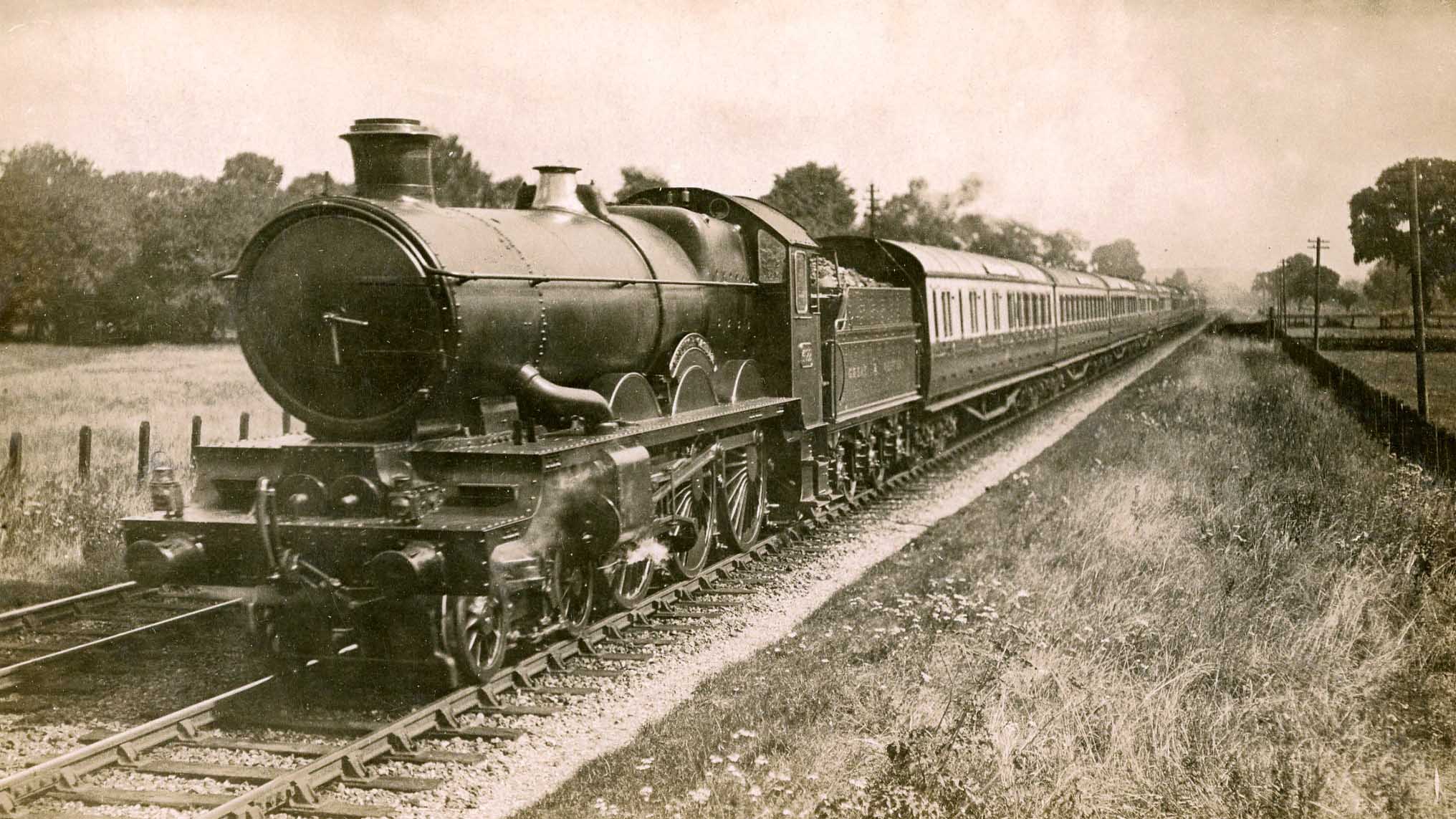 Figure 2. 4082 Windsor Castle wheels a down express train of roof boarded coaches past Aldermaston in the County of Berkshire early on in the engine’s life. Sir Felix Pole, General Manager of the GWR got King George V to drive this engine for a short journey whilst on a visit to Swindon Works. The free publicity this generated was incalculable especially as the engine was named after the Royal Family’s favourite home. A public relations coup bordering on genius. Aldermaston later became the home of Britain’s nuclear deterrent, the weapons courtesy of the US. At the death of King George V in 1952 Windsor Castle had been the first choice to pull the King’s funeral train but as 4082 was in the works at the time, 7013 Bristol Castle had its name and number plates swapped for the occasion. They were never re-instated. Photo about 1925. Courtesy of the Great Western Trust. 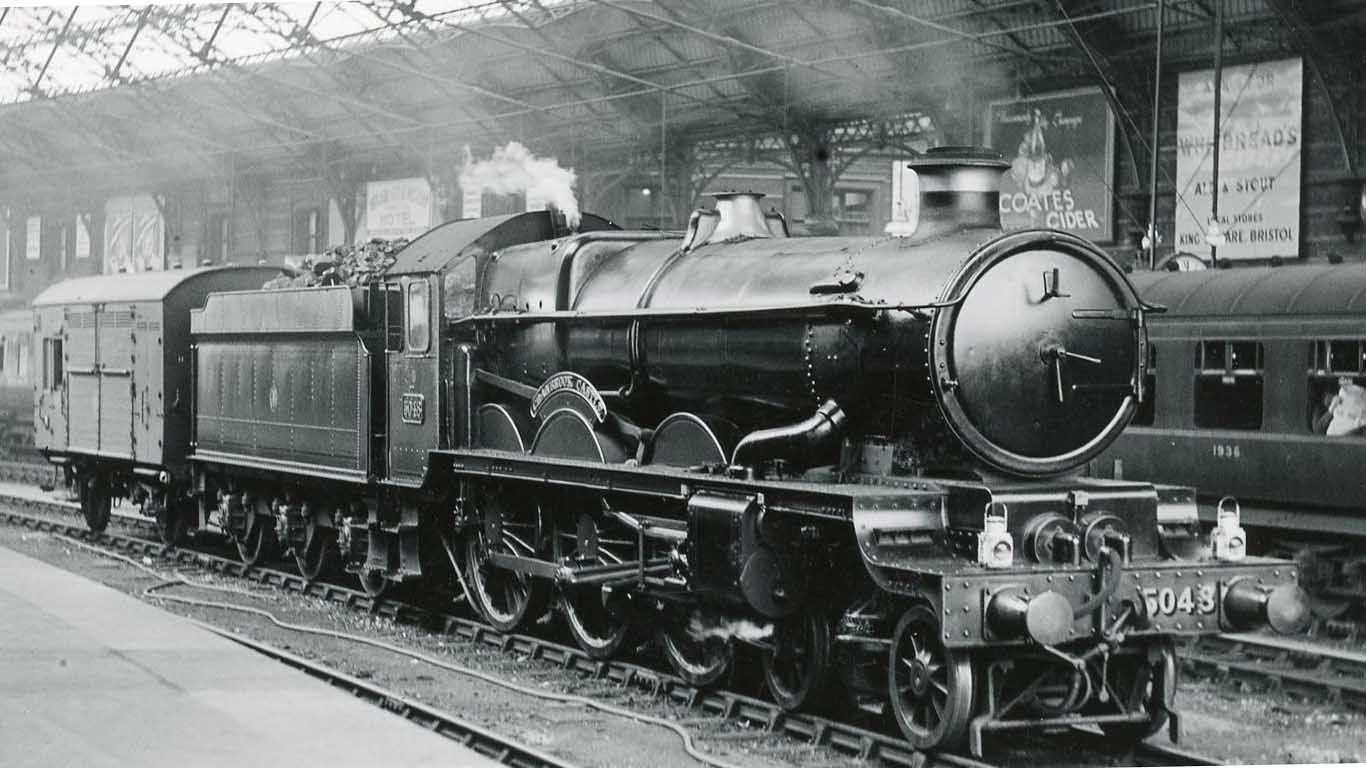 Figure 3. 5048 Cranbrook Castle at Bristol Temple Meads (BTM) in 1937. BTM was the changeover point for the North to West expresses which ran from mostly the north west of England, Liverpool, Manchester to Devon, Plymouth and Cornwall. The route is tortuously curved, steeply graded and busy at the time. The trains would be heavily loaded, particularly in summer and fitting hard work for Castles. The engine is on one of the centre roads with a horse box and is looking likely to take over the rake of LMS coaches in the background. The ownership of the coaching stock would frequently alternate daily. Courtesy of the Great Western Trust. 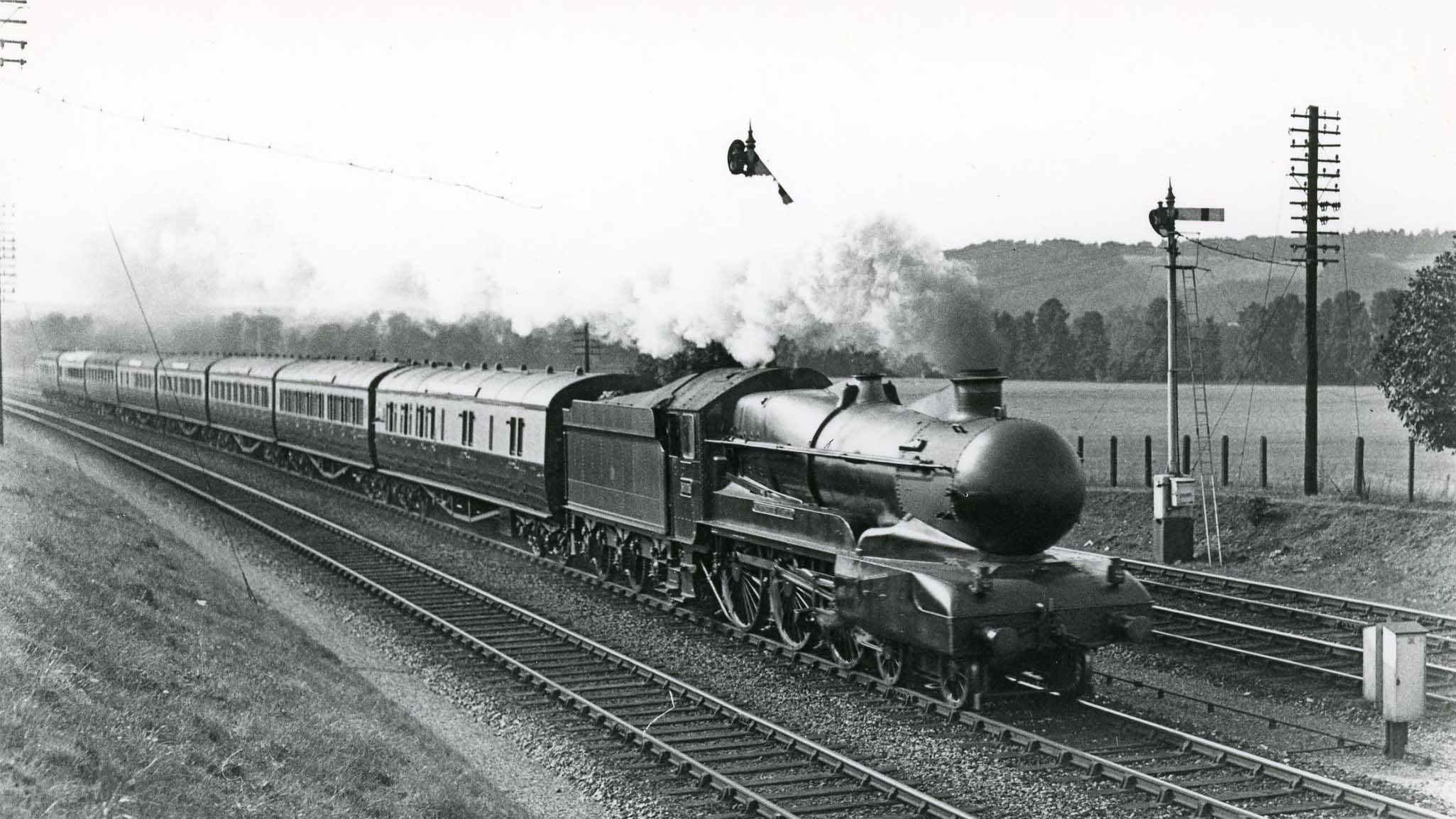 Figure 4. 5005 Manorbier Castle at Goring on Thames, between Reading and Swindon, in about 1936. The loco was an early and unsuccessful attempt at streamlining which was fashionable in the 1930s. Collett was said to have sent an office boy out to buy plasticine to mould the shapes onto a model loco. Streamlining was not taken further on the GWR and as the other railways found, the fairings impeded ventilation and maintenance access. The signals are the new-fangled (then) metal tubular post jobs which took over from the wooden signal posts. The coaching stock is modern Collett vehicles and this may well be the Cheltenham Flyer train with nowhere to hang the headboard. Courtesy of the Great Western Trust. 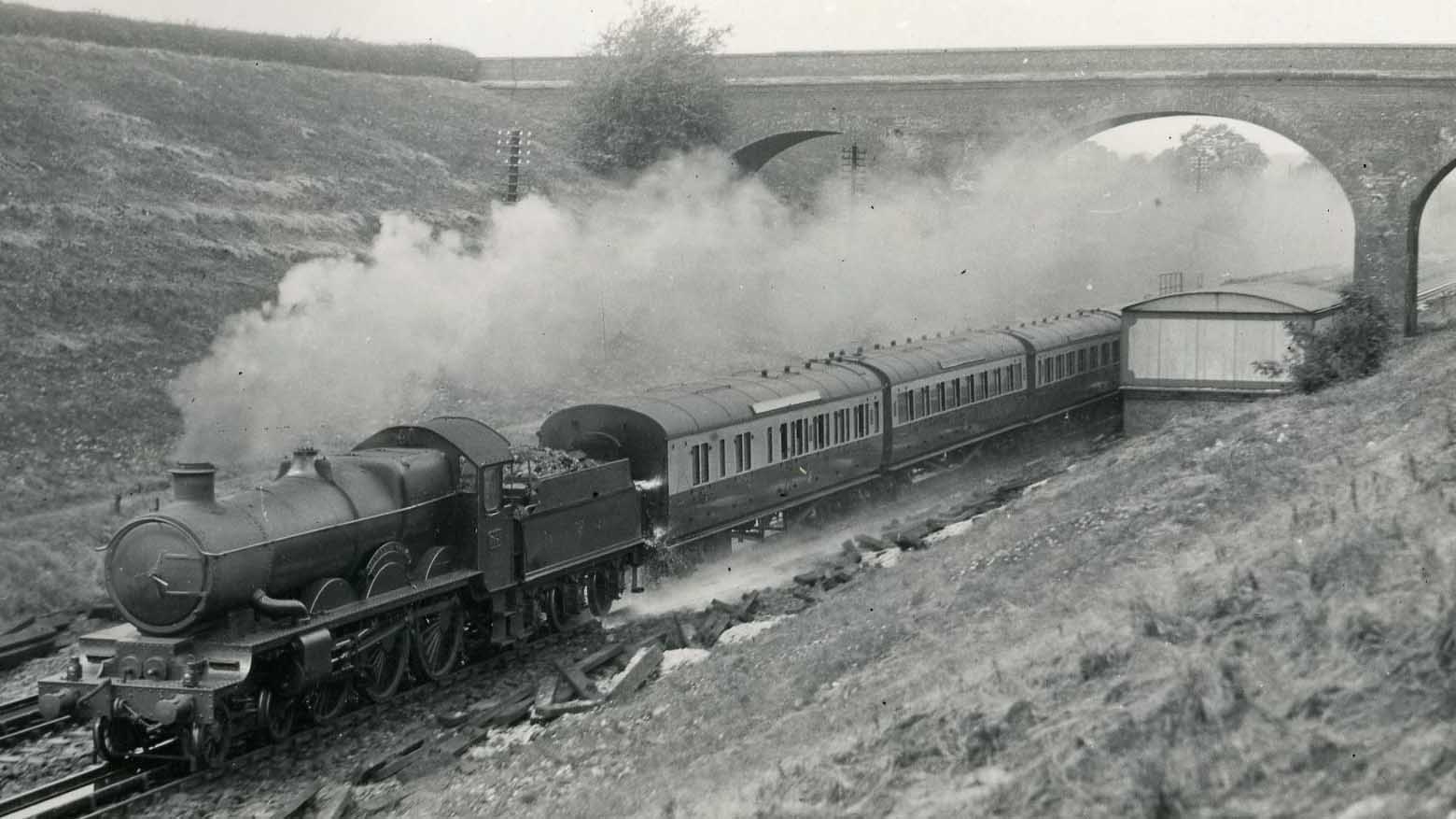 Figure 5. 5005 Manorbier Castle on Rowington Troughs in about 1930. 5005 is seen in pre-streamlined mode some years earlier than the previous figure. Castles worked all over the main line system and this view is near Leamington Spa on the London Paddington to Birmingham line. The 3,500 gallon tender is being replenished by water troughs laid between the tracks and refilled from the water tank beside the train. The fireman would have to lower a scoop just before the troughs were encountered and raise it again after the loco had passed over the water. Courtesy of the Great Western Trust. 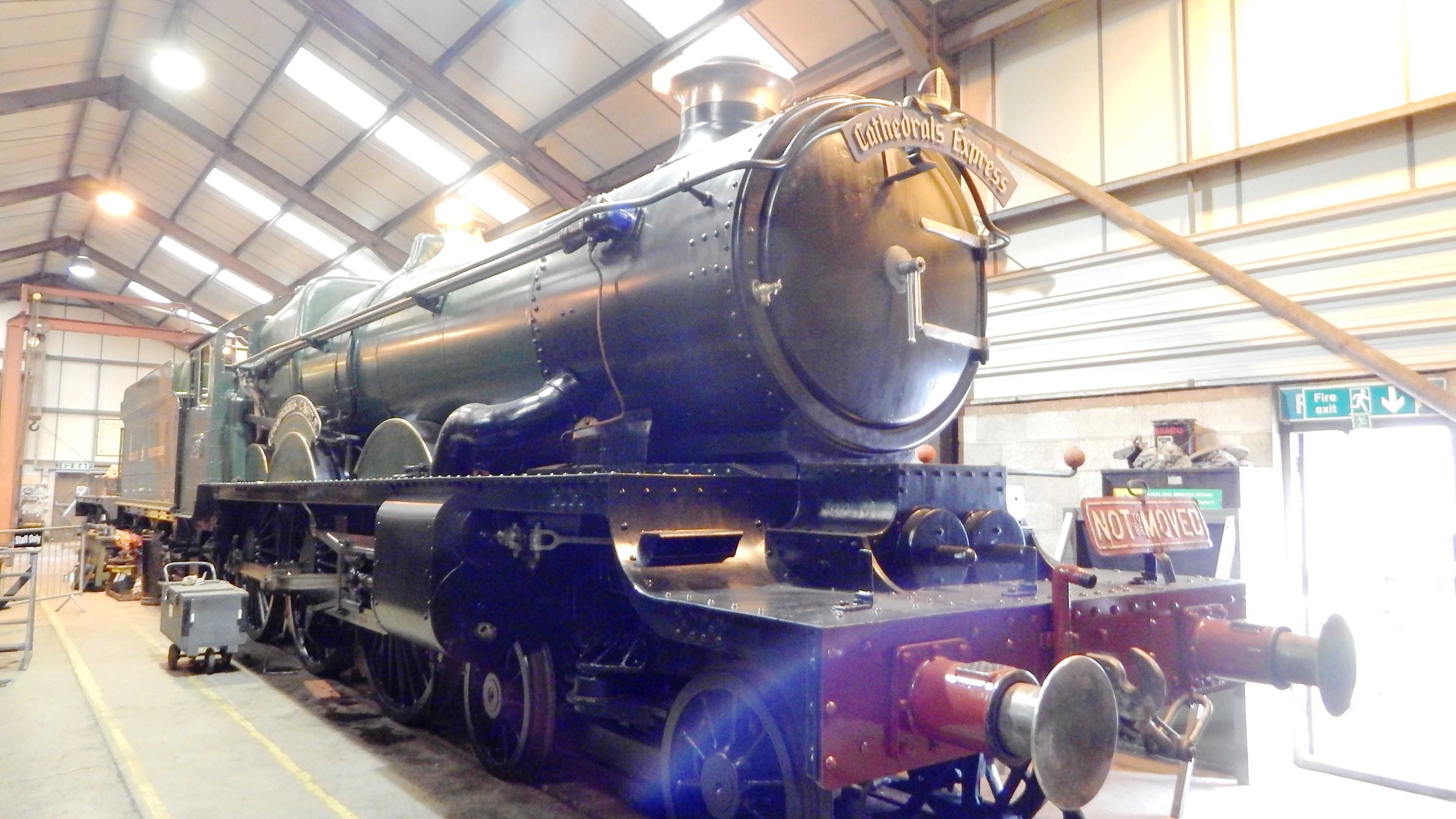 Figure 6. 4079 Pendennis Castle looks to be almost complete after restoration from its time in Australia. It is still some way off though despite the Cathedrals Express headboard. The Cathedrals Express ran from Paddington to the cities of Oxford, Worcester and Hereford and was associated with the classical music composer Sir Edward Elgar after whom a Castle class engine was named and Worcester was his home city. The engine is in the workshops of the Great Western Society at Didcot. 12th November 2017. 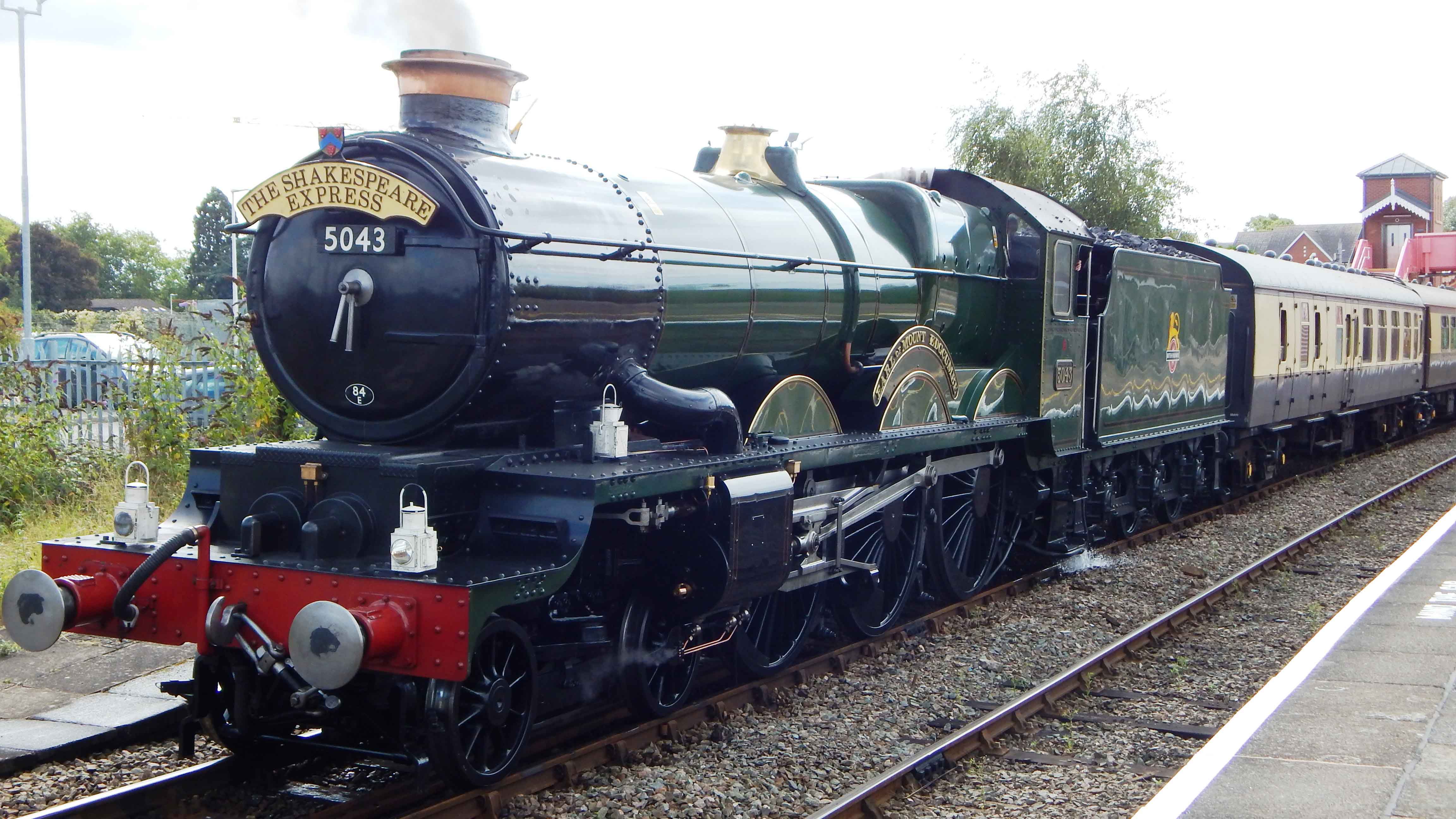 Figure 7. 5043 Earl of Mount Edgecumbe is at Stratford-on Avon on Vintage Trains’ Shakespeare Express. The locomotive is a superb rendition from the heritage Tyseley Locomotive Works in Birmingham. This engine broke Clun Castle’s 1964 record for the journey between Plymouth and Paddington. The locomotive shedplate is 84E which was Tyseley depot under British Railways until later years and the tender is a more modern Hawksworth 4,000 gallon edition. 20th August 2017. 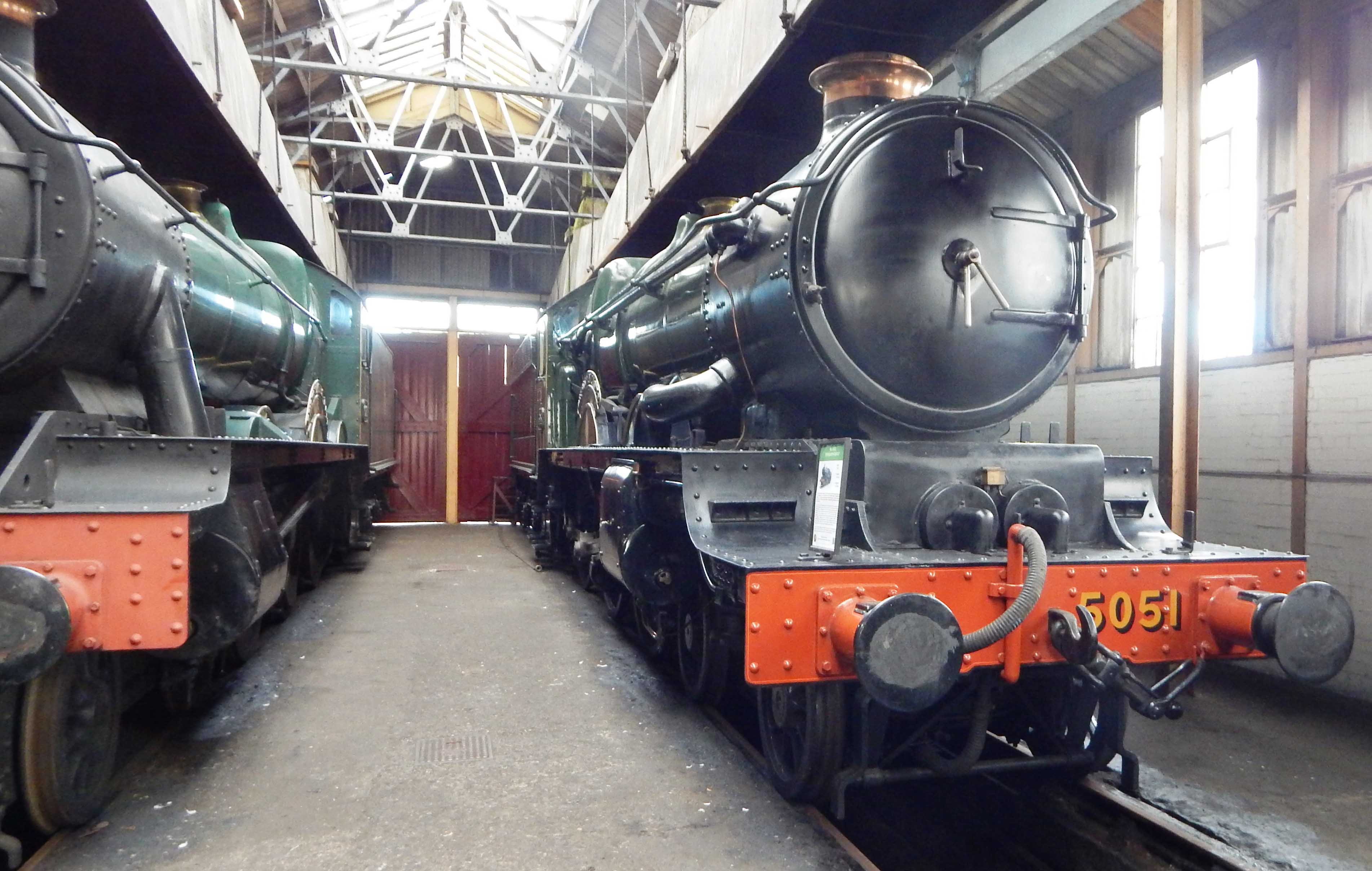 Figure 8. 5051 Drysllwyn Castle is having a rest inside Didcot engine shed after a busy working life on the GWR and British Railways and the GWS. The loco was built in 1936 and coincident with this event the GWR introduced a class of rebuilt 4-4-0s nick-named Dukedogs with some named after Dukes of the Realm. Their lordships objected to being named after ancient looking 4-4-0s and requested to be named after the latest thing in steam traction – the Castles. To have taken the name of Kings, introduced in 1927, might have been seen as treason and the appellant ending up in the Tower of London. So it was that some Castles were re-named and 5051 became Earl Bathurst in 1937, a name which it has carried in preservation. It cut no ice that most Castles were named after ancient family homes several hundred years old. The other locomotive in the shot is Modified Hall 6998 Burton Agnes Hall. 12th November 2017. 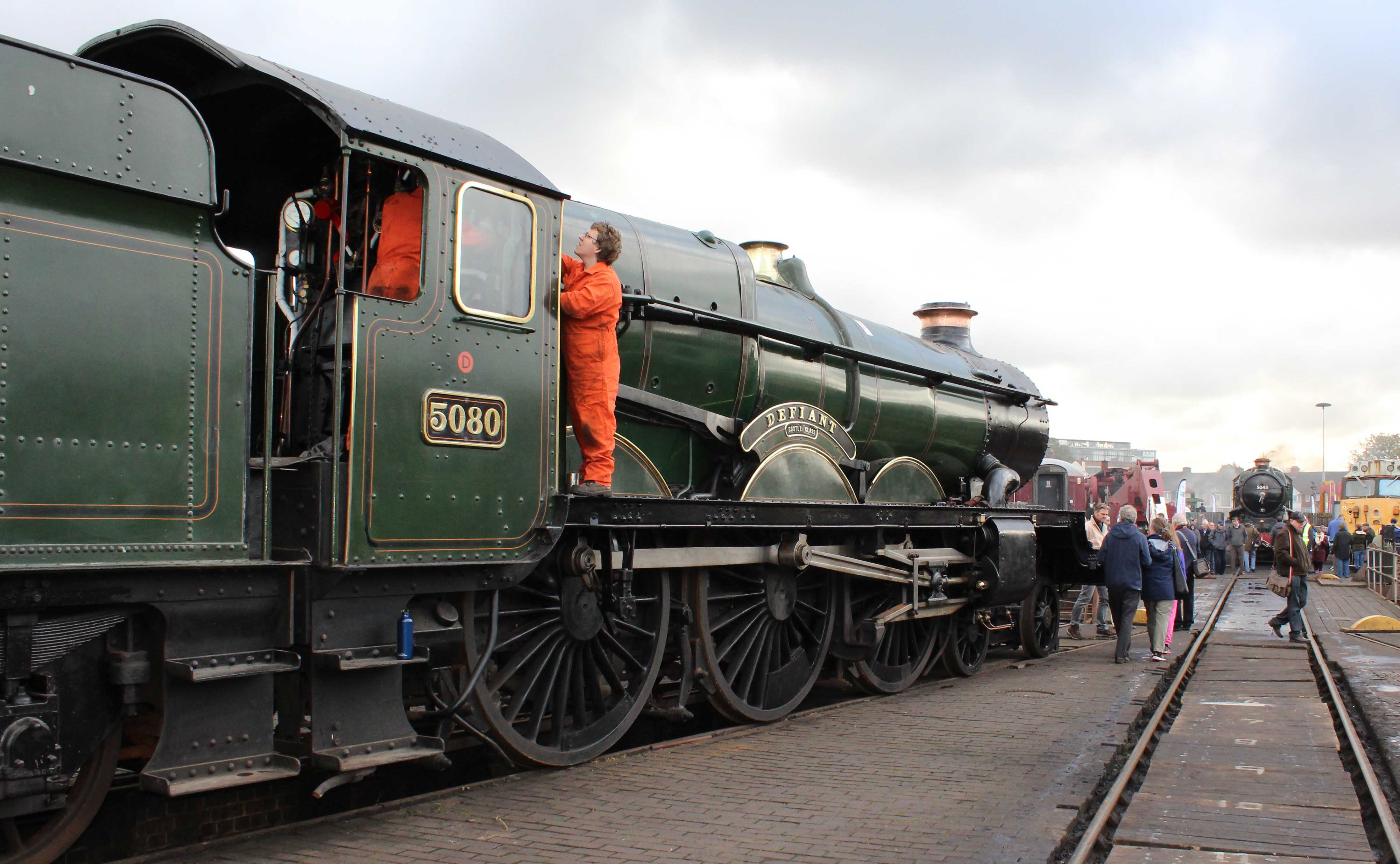 Figure 9. 5080 Defiant is receiving attention at Tyseley Locomotive Works on the occasion of the rededication of 7029 Clun Castle. The locomotive was named after a piston-engined fighter aircraft that was around during the Battle of Britain in 1940 and whilst the actual aircraft type was not prominent in the battle its name pretty much summed up the attitude of the nation. Those Castles that did not have names synonymous with the buildings had the legend ‘Castle Class’ underneath the name characters, except the ones named after their lordships. The loco is occupying one of the 28 roundhouse roads of the original engine shed whose walls and roofs were demolished long ago. Keeping 5080 company is 5043 and a class 50 ‘Hoover’ 50033 Glorious. 29th October 2017. 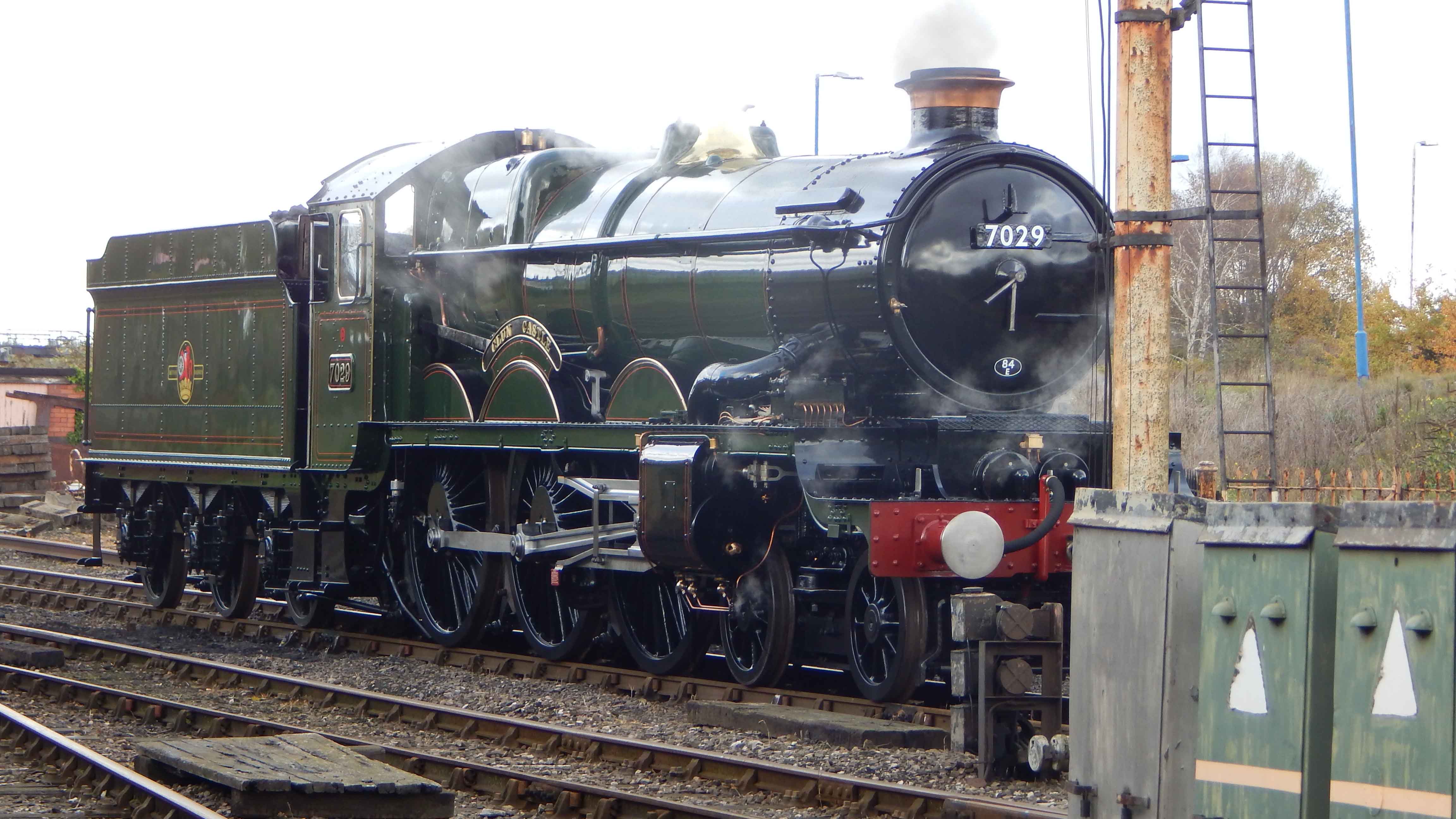 Figure 10. 7029 Clun Castle reverses out of the Tyseley Locomotive Works past a semaphore bracket signal to a large crowd on the occasion of its re-dedication. The red label on the bottom slide-bar is to warn against steam issuing nearby if the blowdown valve is open. The purpose of this valve is to clear out lime scale and debris from the boiler and is usually operated whilst the engine is stationary. This is a more popular feature in the US and is unusual to be found on a British steam engine. 29th October 2017. GREAT WESTERN RAILWAY STARS, CASTLES AND KINGS is available from The Crowood Press via the link below. https://www.crowood.com/products/great-western-railway-stars-castles-and-kings-by-allen-jackson