A Selection of Great Western Railway Stations - Part I

All pictures and drawings by the author Allen Jackson. You can read more in his book on the subject: Great Western Railway Stations.

The Great Western Railway was started in 1835 and remained named as such until the 31st December 1947 when the railways in Britain were nationalised. Later de-nationalisation in the 1990s saw the name re-appear and it continues to this day with the newer Train Operating Company (TOC).

The Great Western has historically been the most popular railway in Britain but it was neither the biggest nor the most famous in terms of railway speed records. The almost unbroken history has something to do with the railway’s enduring popularity as well as holiday destinations evoking happy memories for travellers and a finely developed aesthetic sense that made the old company’s trains, stations and signalling so attractive for the observer. The stations across the old railway are a complex mish-mash of the architecture of the different smaller companies that helped the GWR to become a large network that occupied much of the west of England and Wales. This article though is more about the original GWR’s route from London to Bristol whose city coats of arms go to make up the GWR’s logo.

Many of the destinations on the London to Bristol route were popularised by the railway and places like Reading, Swindon and Didcot owe their importance and size to the Great Western. Reading owes its origins to the middle ages of the 8th century but became famous after the GWR arrived in 1841 for the three b’s. Beer, bulbs (of the planting variety) and biscuits. The GWR water tower by the station carried the advertisement for Huntley and Palmer’s biscuits which was a worldwide brand in the 19th and 20th centuries. The South East and Chatham Railway also had a station and Reading was the interchange point for trains running from Birkenhead (for Liverpool) in the north west to the Kent seaside resorts of Margate, Ramsgate, Broadstairs, Deal and Sandwich in the south east. The GWR Signalling works was established at Reading and even pre-fabricated signal boxes/interlock towers were made there as well as every other signalling requisite. Modern Reading is often referred to as Silicon Valley in homage one suspects to San Francisco and the original version. A number of hi-tech companies have their UK headquarters at Reading due to its proximity to London and Heathrow airport. The station has been completely rebuilt in recent years and is no longer identifiable as of GWR origins.

Swindon was little more than a village until the GWR decided to build its railway works there and almost everything portable was made there including locomotives, coaches, wagons, furniture and other ephemera. The Steam museum at Swindon is a fitting tribute to the old company.

Didcot is a junction on the line to Oxford and as such had extensive marshalling yards and an engine shed. The engine shed is the home of the Great Western Society who has a superb collection of everything to do with the old company. Didcot itself is on the London commuter route.

The ancient Roman city of Bath was the watering hole of the rich and famous in the 18th century and the railway’s coming enabled it to become a desirable place in which to live, which it still is.

Bristol has remained a sea port and until recently imported coal for Britain’s power stations but now concentrates on imported cars and financial services. It too has gained popularity as a city destination.

I felt the need to record and photograph all this in around 2016 as electrification, disabled access and other modernisation plans including CrossRail were to have altered the nature and feel of the GWR’s stations forever, so much of what follows pre-dates these changes.

The nearest equivalent to the GWR in the United States is perhaps the Baltimore and Ohio Railroad that began in 1827 and first ran trains in 1830. By 1961 the railway had reached the states of Missouri and Illinois, far beyond the original title destination of Ohio from its base in Maryland. A bond was formed between the two railways when the B&O invited the GWR to send its latest King class locomotive to The Fair of the Iron Horse at Halethorpe Md in 1927. The B&O was eventually subsumed into the CSX railway by the 1980s. The B&O is remembered by a splendid museum and roundhouse at Mount Clare, Baltimore MD. 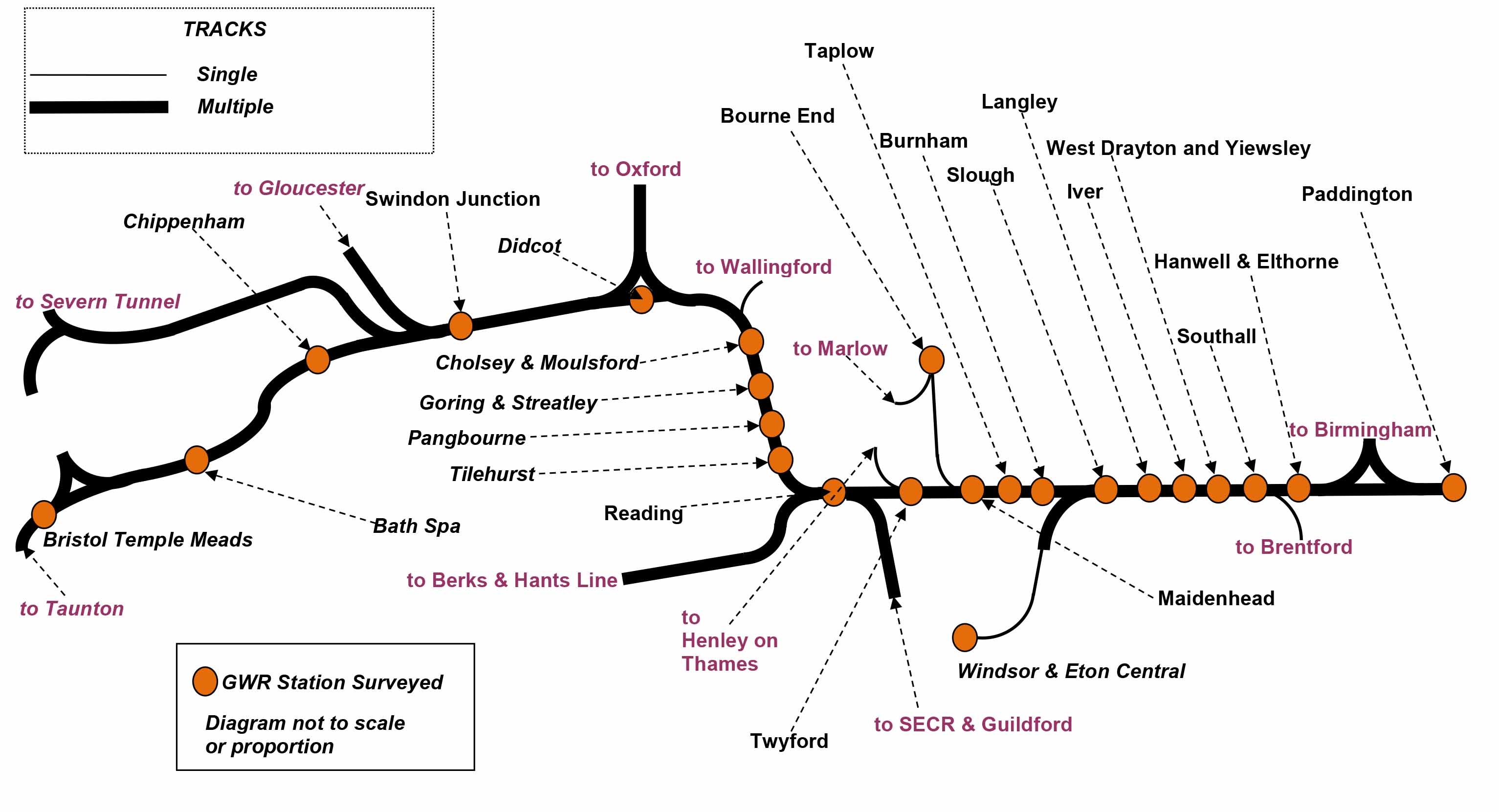 Figure 1. The original route of the Great Western followed the River Thames valley for some distance before piercing the hills around Bristol to reach the sea port famous for chocolate, sherry wine and tobacco. Bristol was also the junction for the Rivers Severn, Wye and Avon so was a pre-railway transport hub. The GWR was fortunate that Queen Victoria, in common with many other Royals preferred to live at Windsor Castle rather than Buckingham Palace in London which is referred to as the ‘office’. She had a fancy French-style station at Slough and then, later on, her own branch line and station at Windsor and Eaton Central. 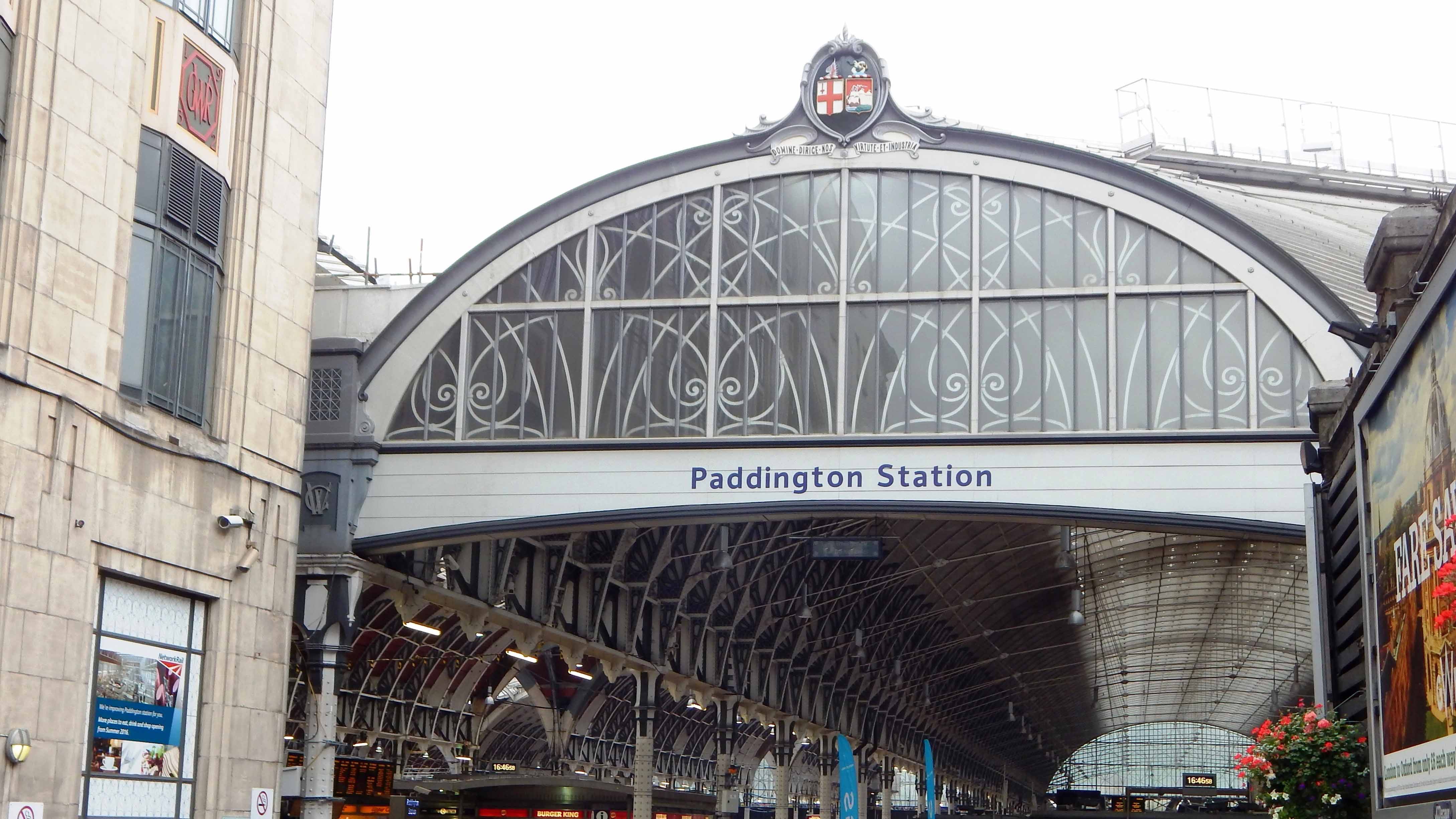 Figure 2. Isambard Kingdom Brunel used a technique called ‘hammer beam’ for the series of arches for Paddington station over the platforms/tracks. The roof is a rebuild as it was subject to air attacks by the Luftwaffe in World War II. The building on the extreme left is an example of art deco architecture of the 1930s and the old GWR logo can be seen in red. It also says GWR PADDINGTON in very large letters on top of the building over 70 years after the GWR was supposed to cease to exist. The GWR logo consisting of the coats of arms of London and Bristol surmounts the arch. July 2016. 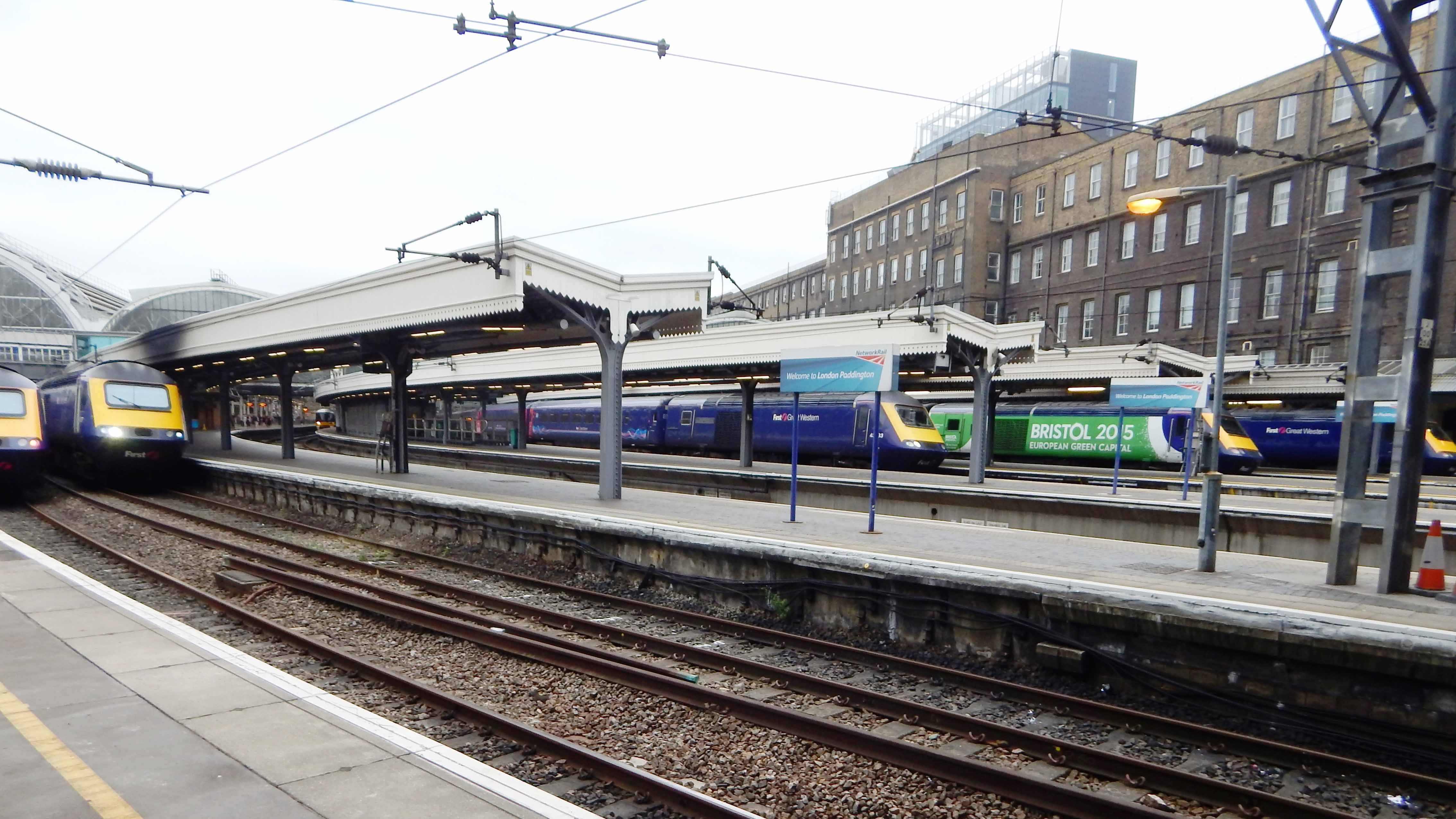 Figure 3. A start has been made on electrification but diesels reign supreme with the class 43 HST or High Speed Train 125 diesel power cars much in evidence at Paddington station. With their dual ended power locomotives a set boasts 5,400 horsepower and that is more than enough to achieve the 125 miles per hour in their title. The HST was introduced in the mid-1970s and revolutionised inter-city train travel in Britain. In one of the inner platforms/tracks can just be seen a Networker class 165 diesel multiple unit. Both classes have been superseded by newer types and the depicted trains moved to less busy parts of the railway. July 2016. 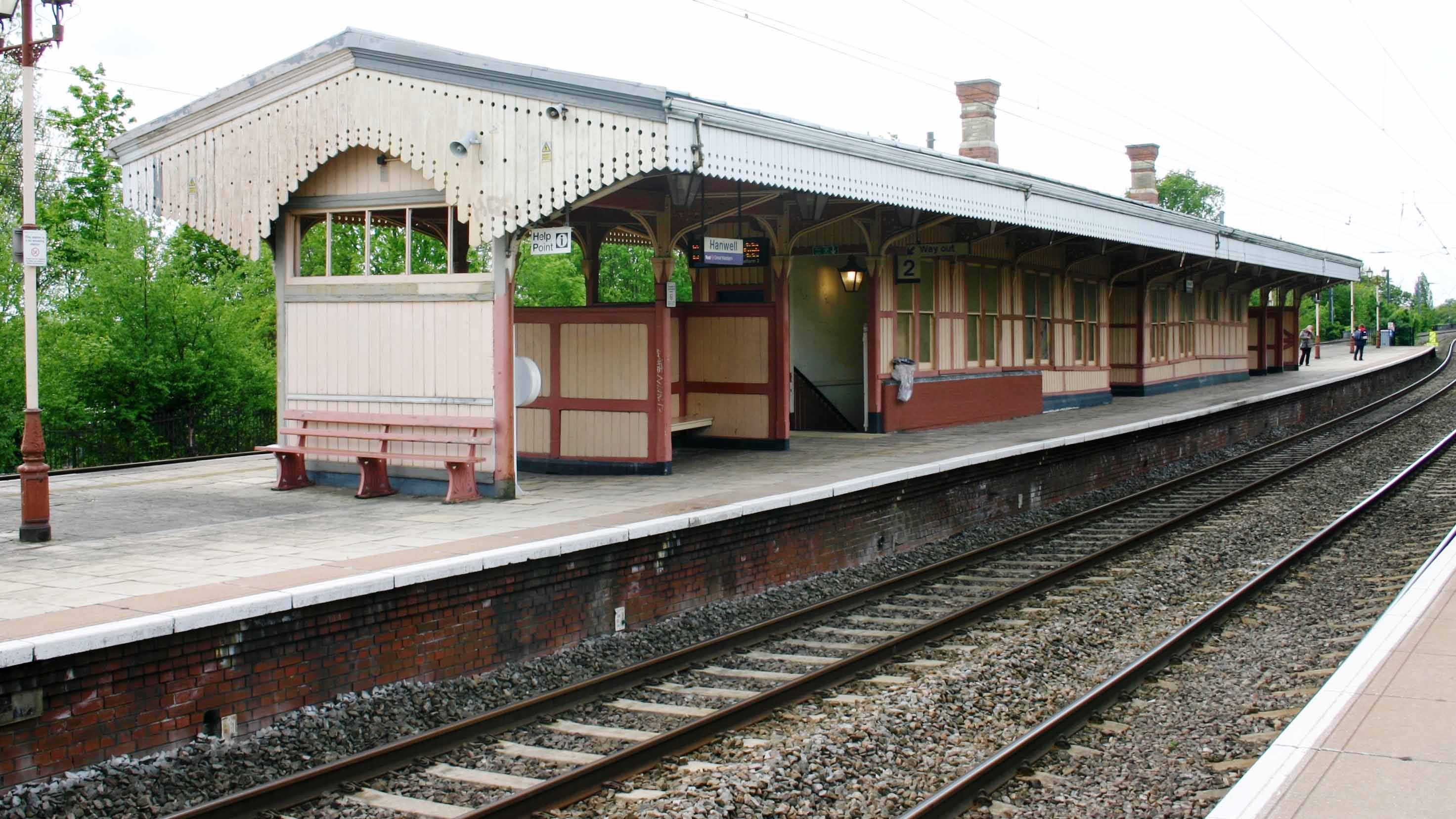 Figure 4. A few miles out of Paddington and the scene is one that could have come from the 19th century at Hanwell and Elthorne. The gas lamps have been updated to include electricity but other architectural features are from another era. Stations were often built in this yellow brick as that was all that was on offer in London in the pre-railway age. St. Pancras in London is an example of a later station where they were able to bring the bricks in from the English midlands as the railway had already been built by then. The platform seat is pure old GWR and the original wooden buildings are showing their age but resplendent in the GWR structure colours of ‘light and dark stone’. May 2012. 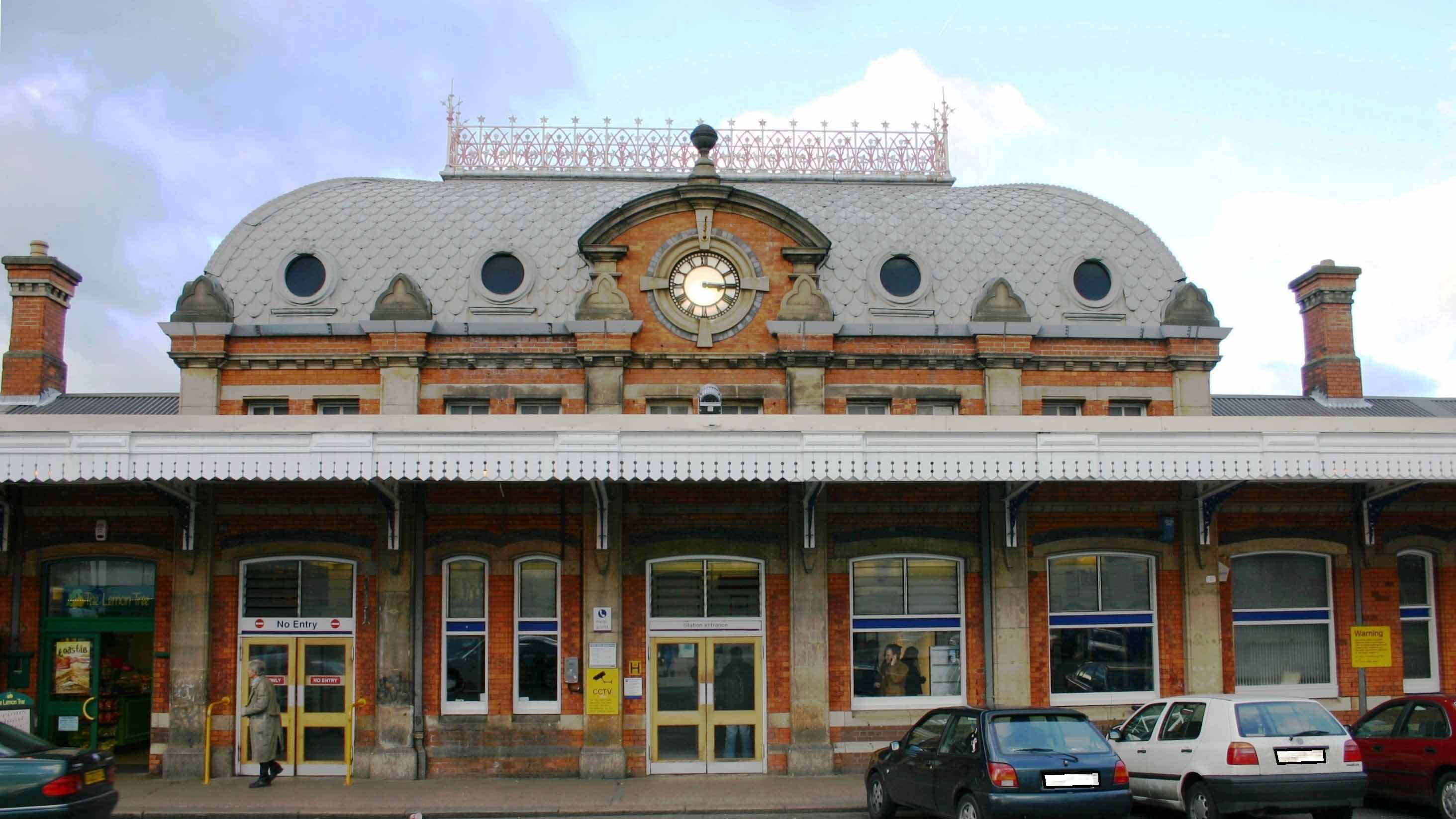 Figure 5. The railway builders would often adopt the styles of French, Italian or Dutch architecture for the more prestigious stations. At Slough station the French Mansard roof was employed and a generally more up market structure resulted to please Her Majesty Queen Victoria. She was on her way to Windsor but had to change from the train to a carriage before the GWR built her a branch line to within sight of the walls of Windsor Castle. The windows and doors on the ground floor have been ‘modernised’ but the building is more or less original. January 2007. 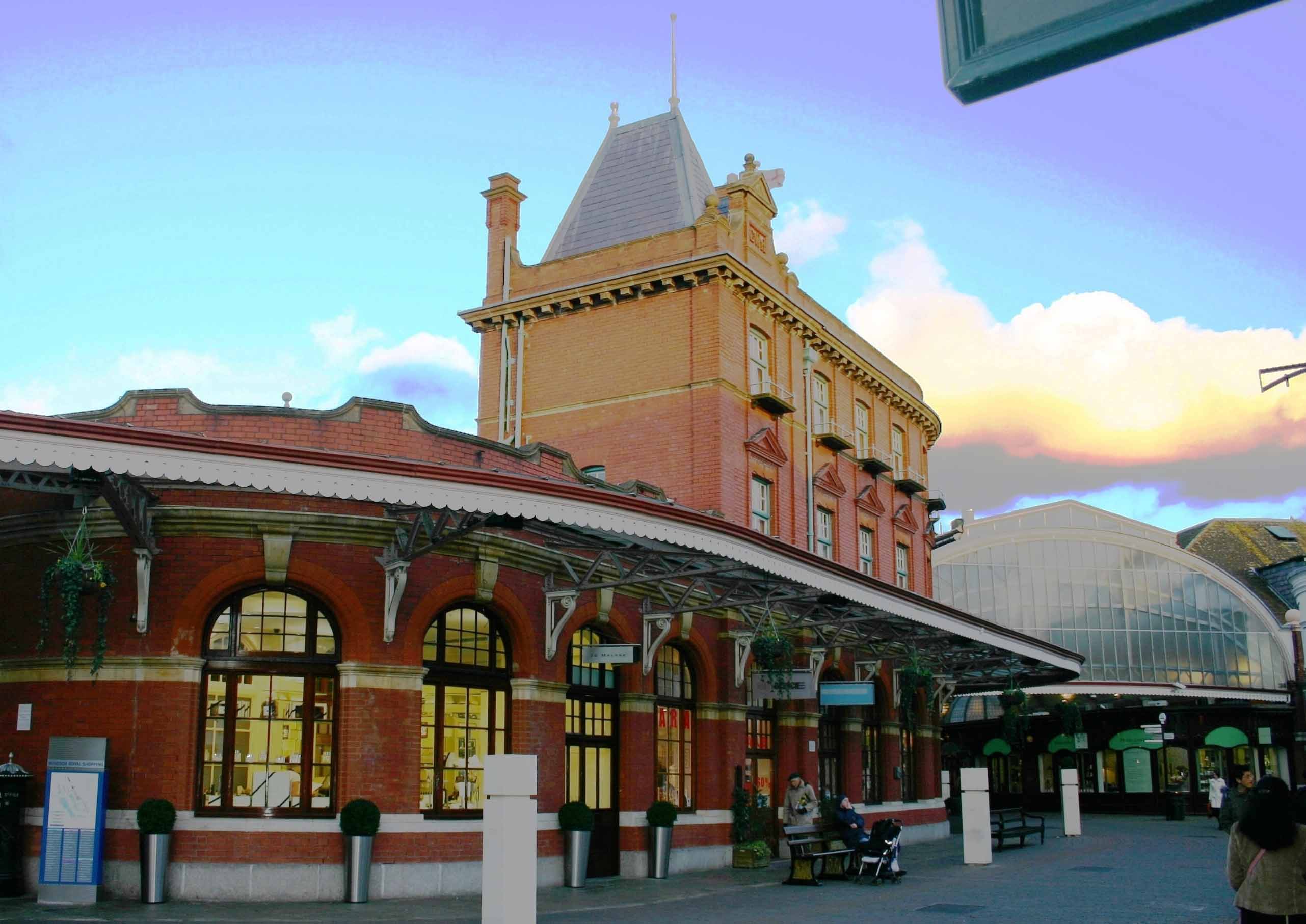 Figure 6. In 1897 in celebration of Queen Victoria’s Diamond Jubilee the GWR really pushed the boat out and built Her Majesty this station at Windsor. It included a waiting room for Her Majesty which must have been a misnomer as she would not be waiting around for anyone, far less a train. More like a meeting place. It is now a restaurant. The original four platforms/tracks have been whittled down to one now and the area mostly converted to be a retail experience. The present monarch does not use the station although Windsor is her favourite residence. January 2007.

Figure 7. The only part of the original Brunel Reading station to have survived is this fine building in what looks like London yellow brick in a faintly Italianate style. Appropriately the structure is now given over to a pub/restaurant considering Reading’s past. Reading was a considerable junction in past days and was seen as a place where trains slowed down somewhat to negotiate the complex points/turnouts. An exception to this was the Cheltenham Spa Express (aka Cheltenham Flyer) which in the 1930’s was the world’s fastest train. It once took the 60 mph speed limit at 91 mph which must have made the milk in the dining car curdle a bit. March 2007. 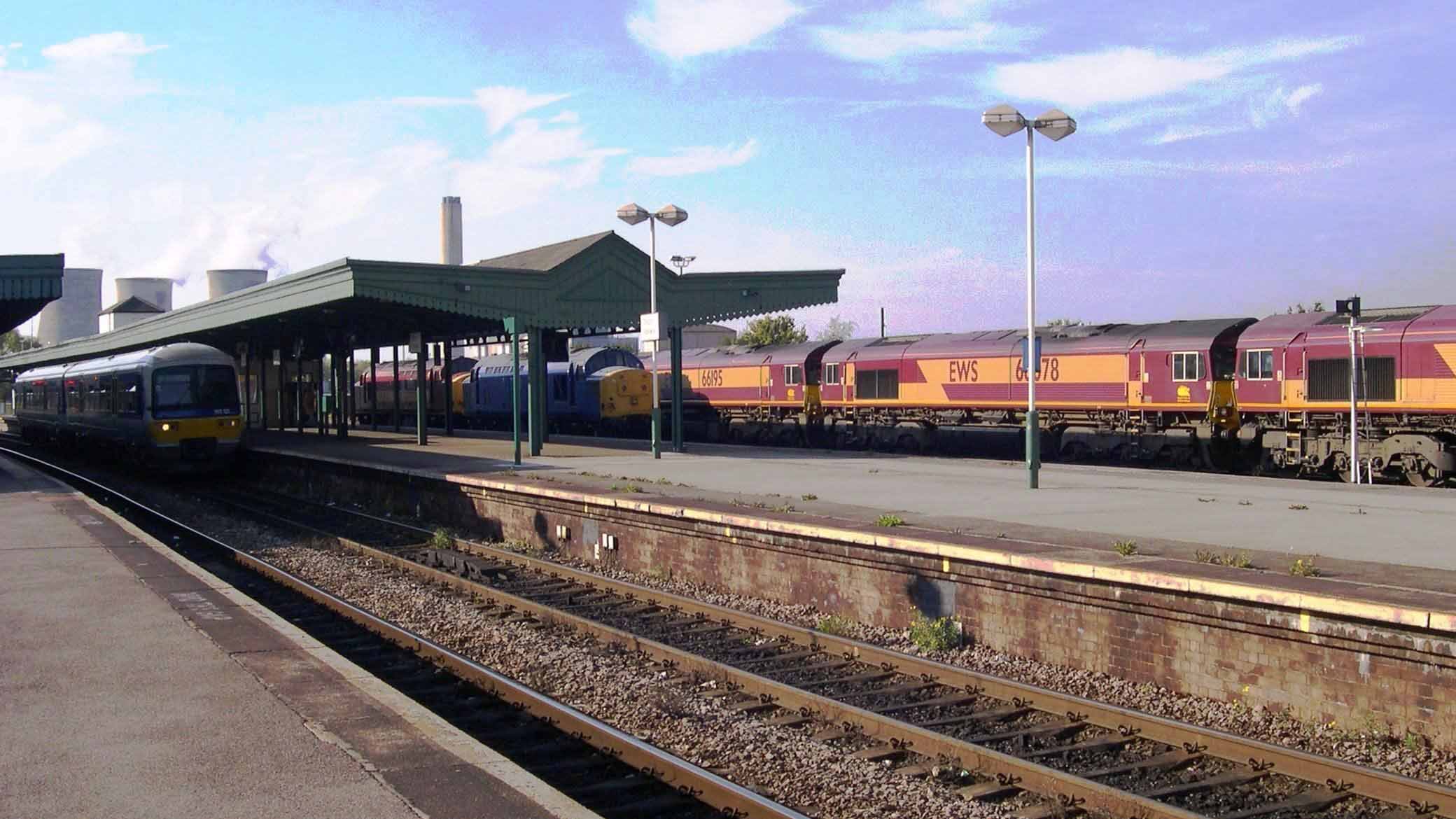 Figure 8. Didcot is the junction for Oxford but was also a base for coal generated electricity. Not that there were coal mines nearby but more a case of within a convenient distance, although latterly the coal was imported. The locomotives of the class 37 and 66 classes are of the English Welsh and Scottish Railways company whose chief executive was Ed Burkhardt formerly of Wisconsin Central and a noted converter of railways from the nationalised to the private sectors. The locomotives could have done with a depot but that has been sold off to the Great Western Society whose water tower can be seen behind the Class 66, 66995. September 2003.

Figure 9. Swindon is the junction for the Gloucester line and the Class 43 seen departing to Paddington (distant right) is named ‘The Red Arrows’ in homage to the aerobatic team of the Royal Air Force. They regularly perform in the US and Canada. The set is in First Great Western livery which preceded the modern GWR train operating company. September 2016.

Figure 10. The station at Chippenham opened in 1841 and the site contains Brunel’s office that he used whilst building the railway which is still there, preserved. The station was the junction for the branch line to Calne which was the home of Harris’ pork products of bacon and sausages and railway wagons advertising the brand could be seen until the 1960s. The town of Chippenham was home to the British headquarters of the Westinghouse Brake and Signal Company who did much to ensure and enhance safety on British railways. November 2006. 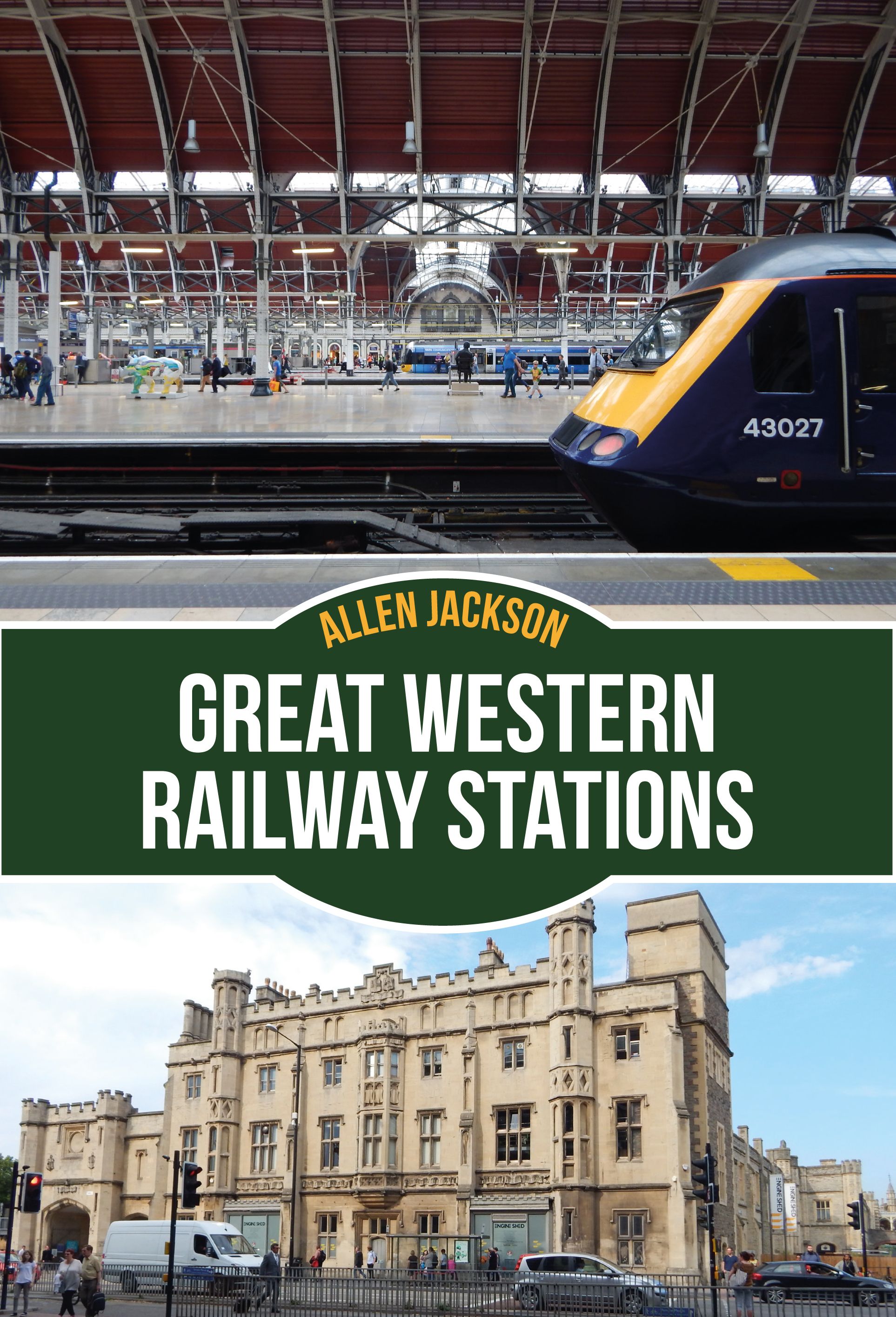 The Cab Yard - A cab ride with a difference

We Are Railfans gains access to a rarely seen collection of locomotive cabs.

Secrets of the London Underground's Siddy Holloway joins Sam for the latest edition of the We Are Railfans Podcast.

Some locomotives are known as 'sole survivors' where only one remaining example exists in preservation. We look at some notable examples here.