Australia's 38 Class - Where to find them?

We've been delighted to hear recently from a number of Australian railfans, submitting photos to our social media pages and giving information about trains and routes in that part of the world. Like the 'Big Boy' locomotives of the USA and likes of Mallard and the Flying Scotsman in the UK, Australia too has its most famous class of steam locomotive: the NSW C38. 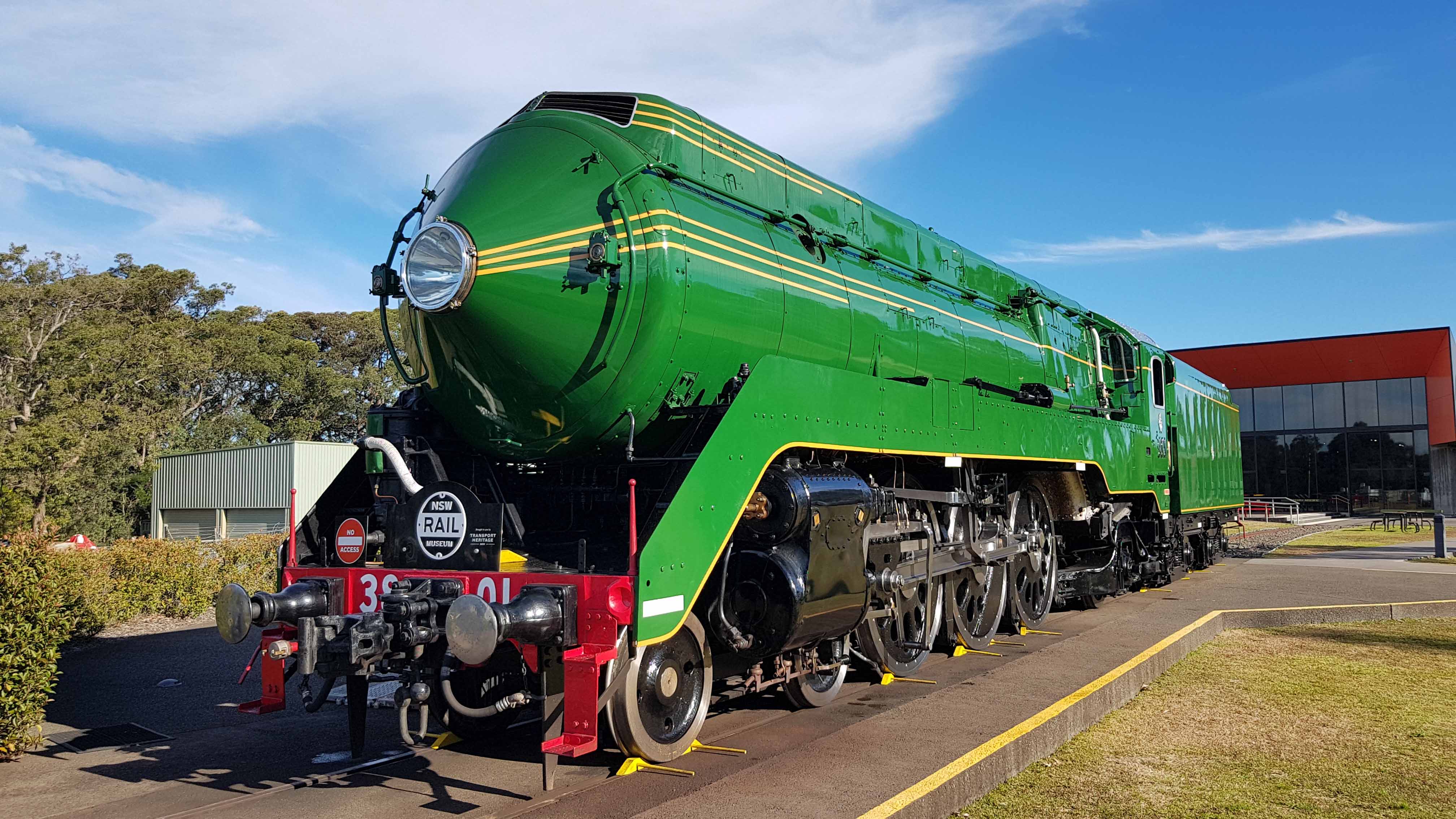 The 38 Class of locomotive was first built in 1943, with 3801 being the first example to roll out of Clyde Engineering in Granville on the west side of Sydney. They were planned to haul express trains across New South Wales and were initially built with a streamlined body which, whilst providing the same function as that of A4 Pacifics in the UK, looked distinctly different with a 'bullet' style nose similar to those found on some US locomotives. Only the first 5 of the 25 built received these noses, with the others having a more conventional body to aid maintenance. 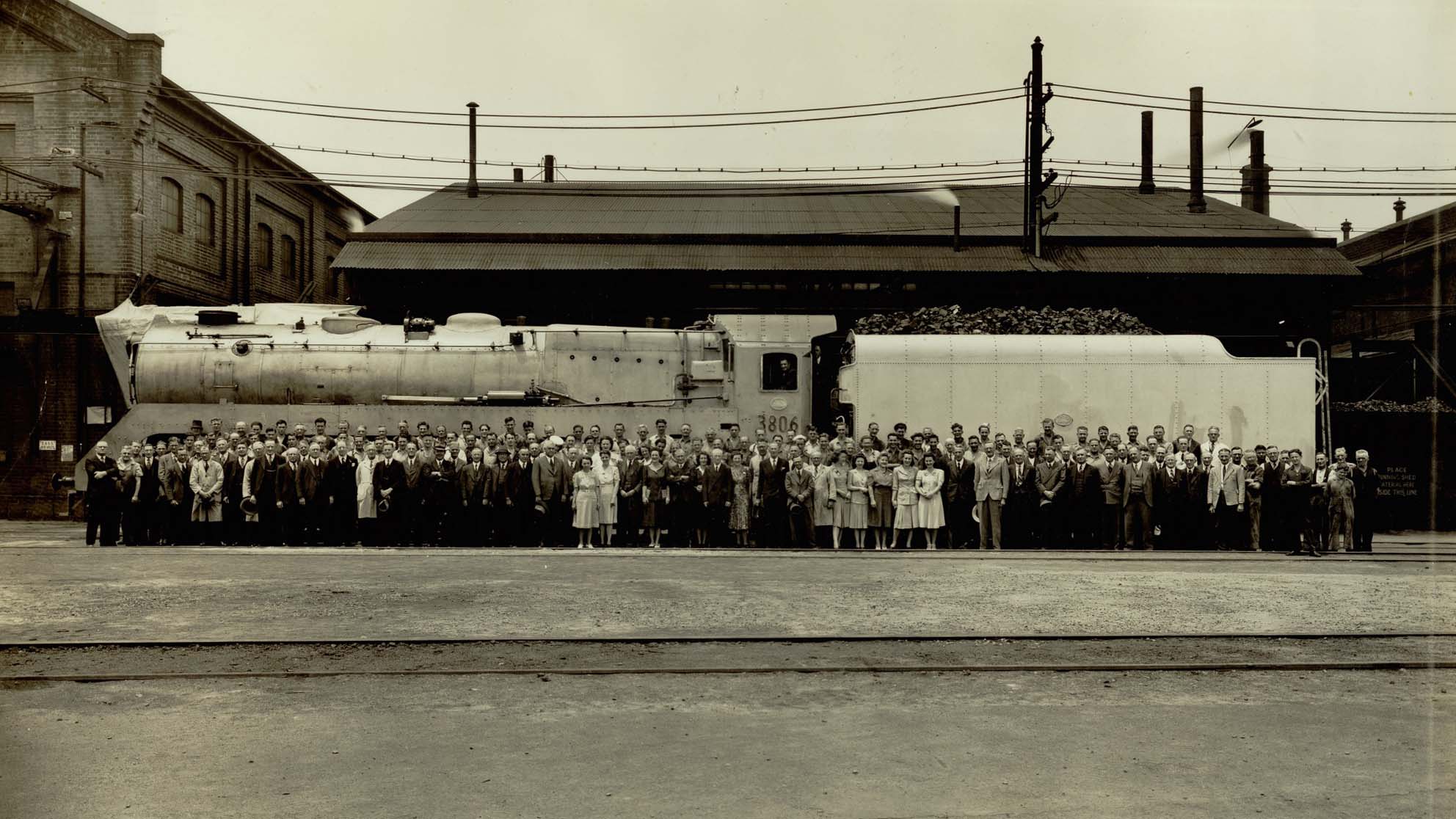 Staff from the Eveleigh workshops standing in front of locomotive 3806 in 1949. Note that this example is without the streamlined body. Image: NSW State Archive. NSWSA: NRS-17420-2-11-[SAMS1]-8.

The 38s ran throughout the 40s and 50s even alongside diesel locomotives as they began to take over operations from their steam counterparts. As a result, though the first was withdrawn in 1961, others carried on right through until the end of 1970 when the last example was taken out of service. Today, only 4 remain in preservation but all are very popular with both domestic railfans and those across the globe.