At the dawn of the 1990s British Rail commissioned two DMU classes that would go on to live long lives along major routes in the south of England. The Turbos, as they would come to be known, began with the Class 165 used by both BR and the popular Network SouthEast brand as part of their Chiltern operations. But later the need for a faster, express version was apparent and from '92 the Class 166 was produced to fulfil this role. 30 years on and the 166 is still moving passengers in England's southern reaches, both in and around the capital London and more recently around the southwest into Bristol, Somerset and Devon. 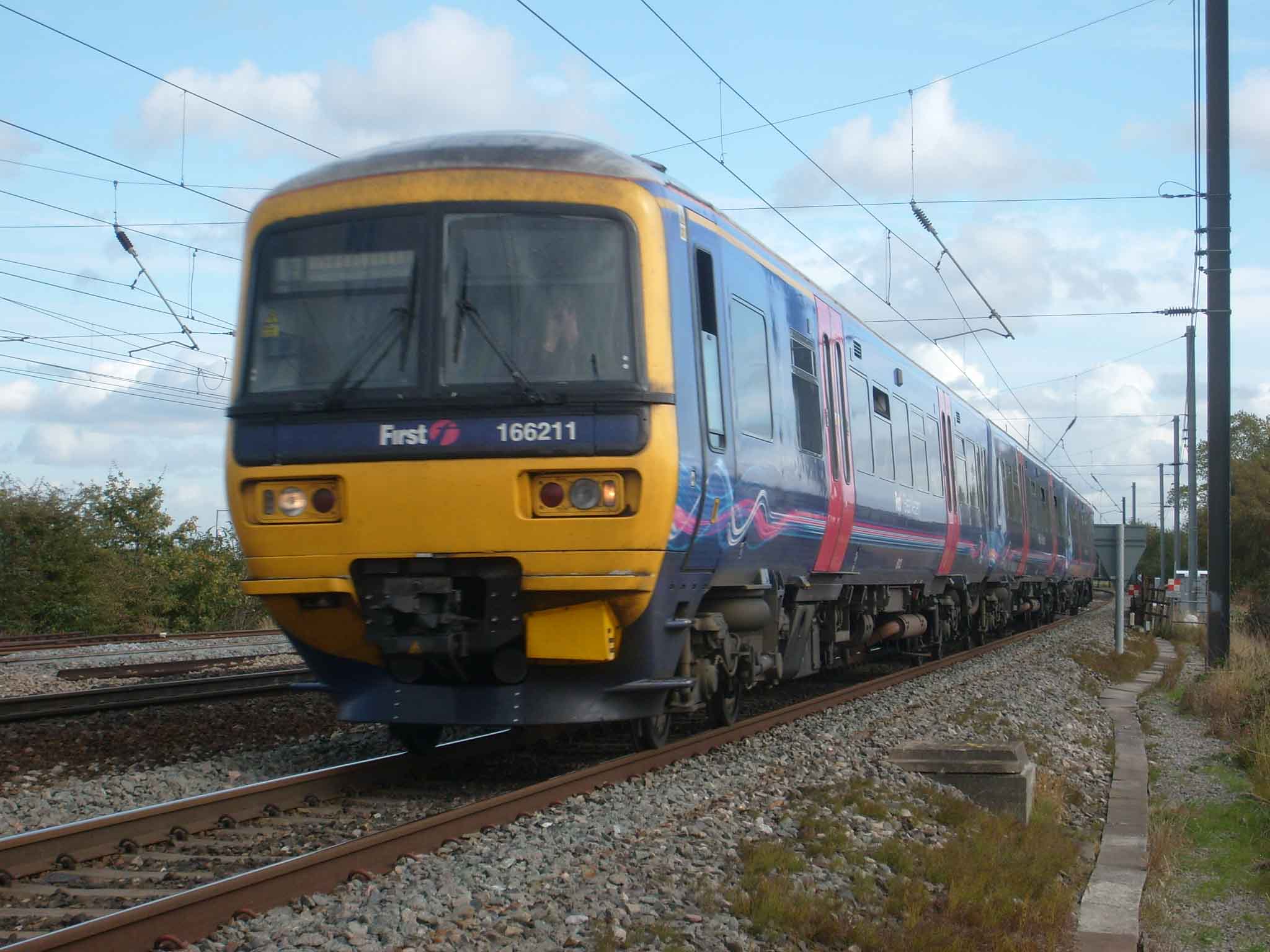 166211 on the Down Main, just east of Hayes, doing 90mph on a London Paddington to Oxford semi-fast, calling at Slough, Reading and Didcot Parkway only. 23 October 2009. Photo courtesy of D Scroggins.

The 166's most notable advantage over its visually similar predecessor is its increased top speed - being able to run at 90 mph rather than the 75 mph limit of the Class 165. This was useful particularly for its operations out of London Paddington, whizzing passengers out along the Great Western Main Line to Reading and beyond to Oxford and sometimes Banbury. Initially their services were referred to as Turbo Express but later variants of this term were used to refer to the units themselves including Networker Turbos or Thames Turbos the latter of which it has shared with the 165s. 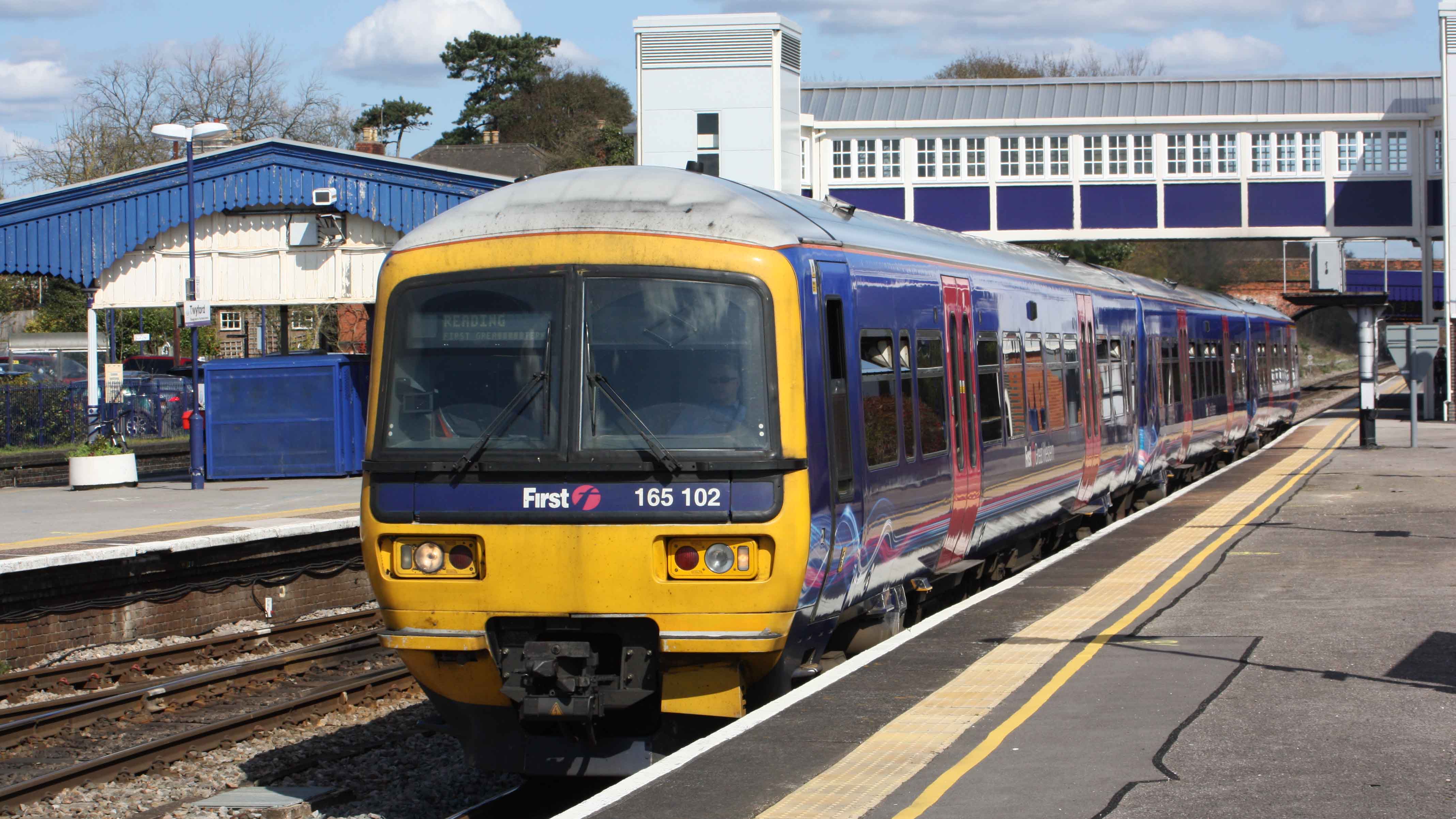 Another London Paddington to Oxford service is seen here departing from Twyford Down Relief platform 3 on 8 April 2010 this time with a 3-car Class 165 no.102. Unlike the Class 166, the earlier 165 can also run as a 2-car train. Photo courtesy of D Scroggins. 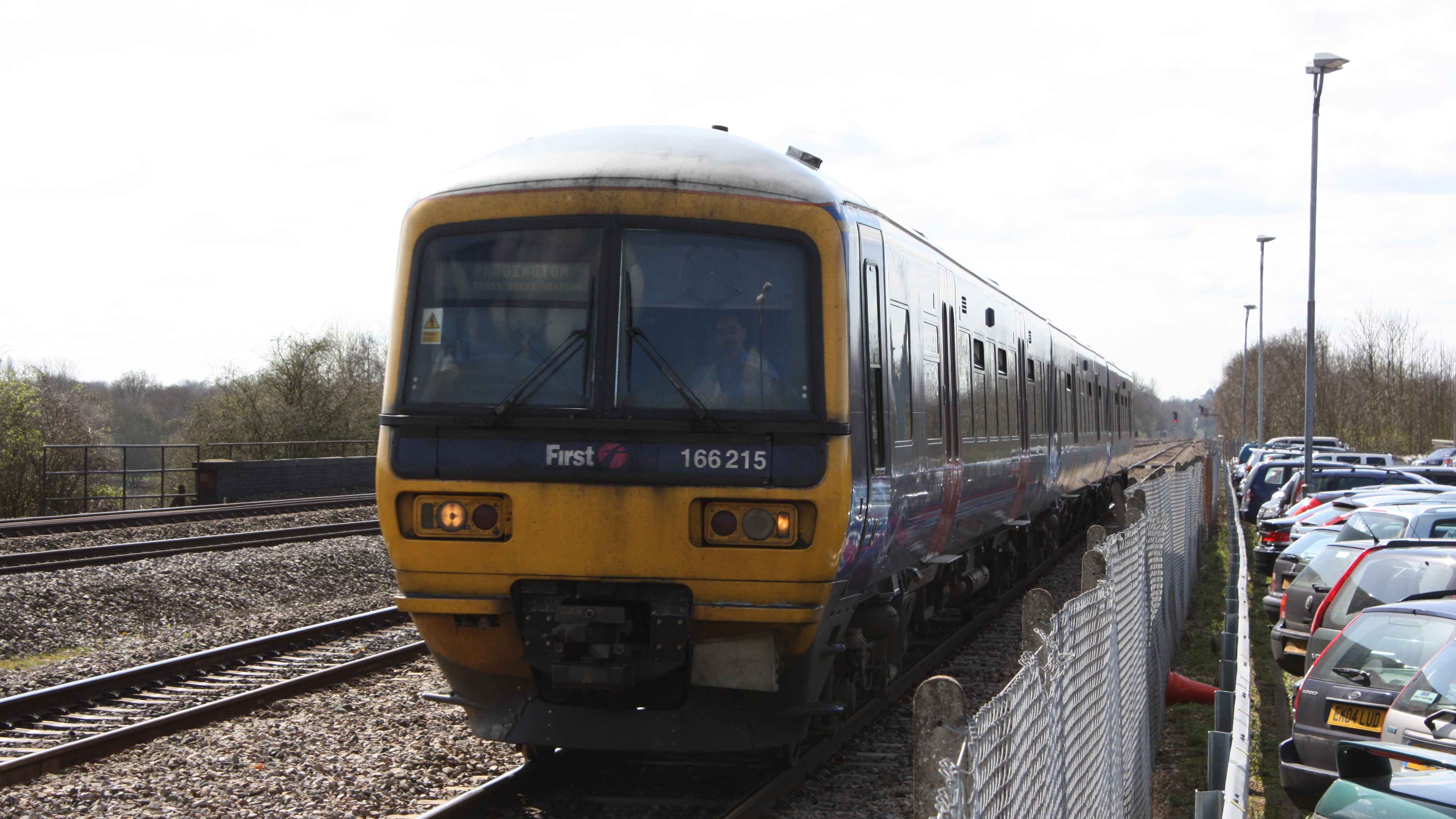 Just west of Twyford, about to arrive on Up Relief platform 4 is 166215, thought to be running a Reading to London Paddington service on the same day as above. Both the above photos show the older First Great Western livery, now superceded by the green GWR branding. Photo courtesy of D Scroggins.

The Cotswold Line also saw 166 services head through to destinations in Herefordshire and Worcestershire, though in the main their home remained along the busy Thames Valley. After privatisation under the First Great Western and then GWR brands these services continued whilst the Class 165s served the branch lines to places like Windsor & Eton, Henley-on-Thames and Marlow. 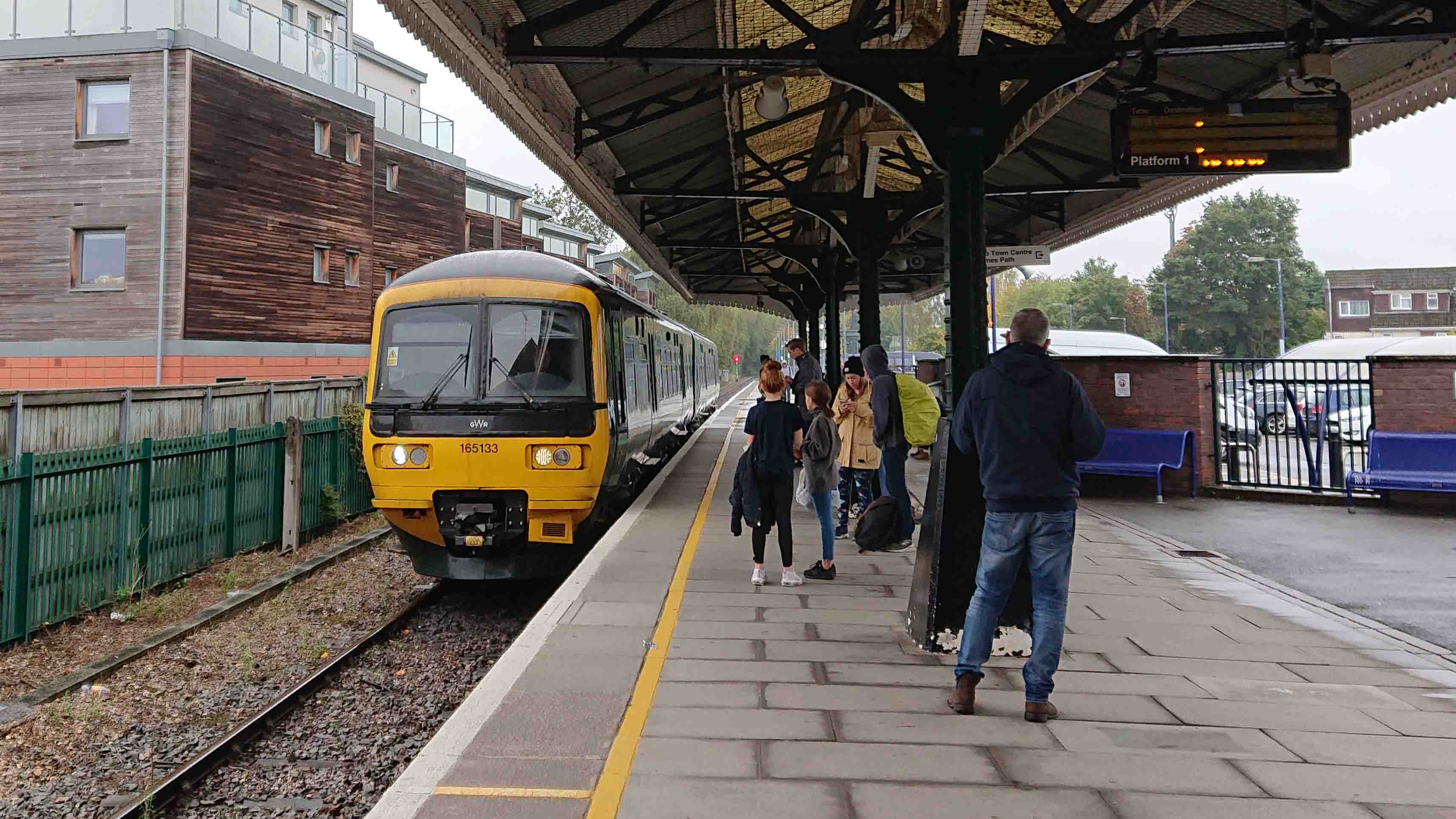 The most recent significant change in the Class 166's operations came with the move of some units to St Philips Marsh, Bristol in 2017. This saw them frequent services across Somerset and Wiltshire, even making their way into Devon where their express ability was an advantage over other classes outside of the modern IET and iconic HST sets. This hasn't restricted them to main line work however with an occasional 166 making its way to Okehampton on the newly reopened Dartmoor Line as well as the Barnstaple Line which winds its way through to the north Devon Coast. 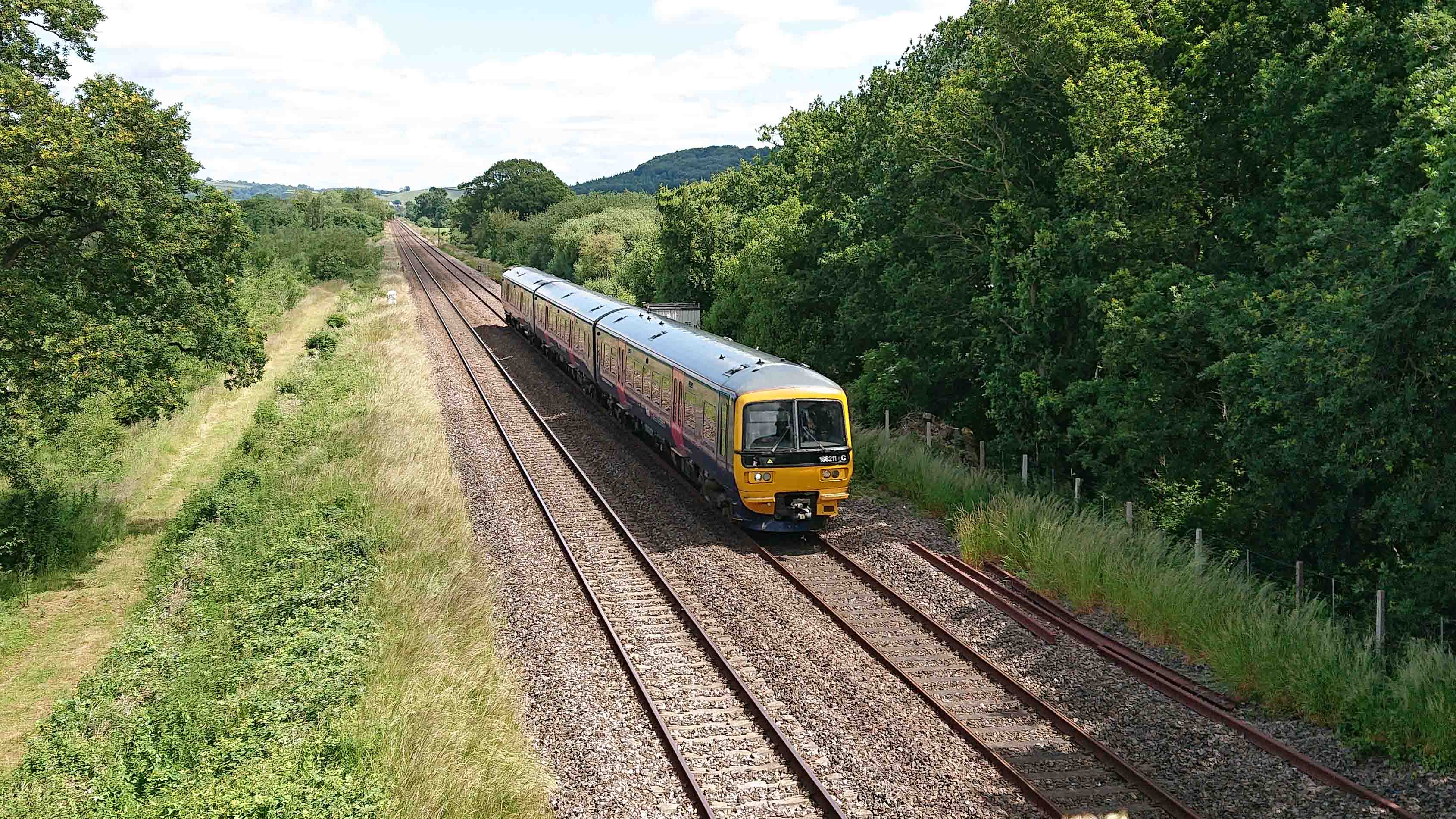 166211, also seen in an earlier photo, passes at speed by Paddleford Bridge, Devon during an ECS movement from Bristol down towards Exeter in June 2021. Photo by Joe Rogers. 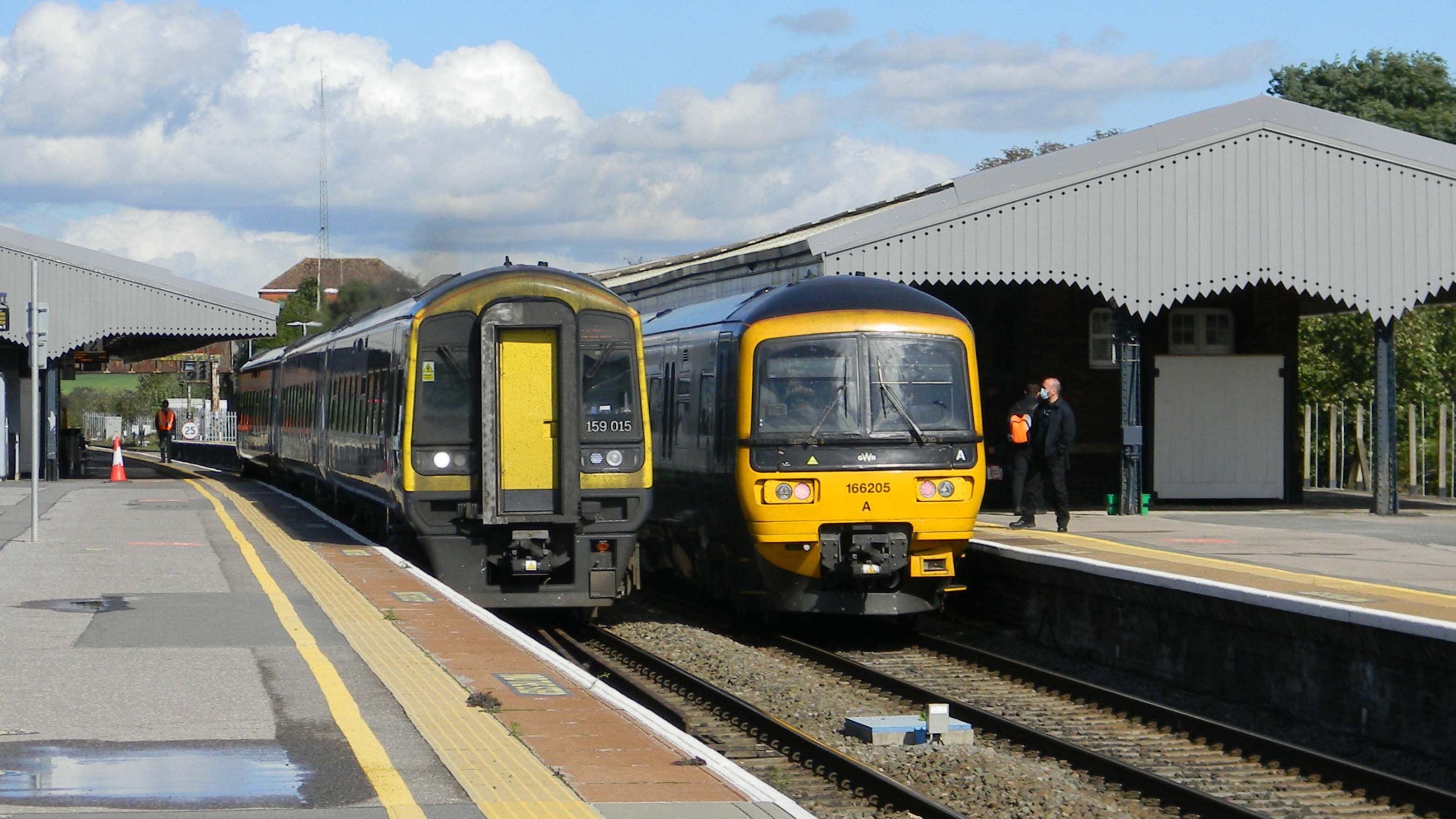 166205 sits alongside a Class 159 at Westbury during our railfanning stint there in October 2021. In the early 1990s, Class 166s took on work along the Cotswolds Line further up country to allow Class 158s to be converted into Class 159s, so there is an indirect relationship between these. The 166 seen here was running a GWR Cardiff to Portsmouth service, whilst the 159 diverged from its 'home' on the West of England Line, to head to London Waterloo via Warminster. Photo by Joe Rogers.

These important DMUs have thus made a mark on many-a-railfan familiar with the southwest and trips along the GWR to London. Their 30 years of operation under numerous guises and along a variety of lines has seen them appear at stations across the region and with their scope expanding even in recent years, there's no telling where they might end up next.

Note: Some photographs in this article were taken by railway staff with relevant permissions and access and therefore may depict areas off-limits to members of the public.